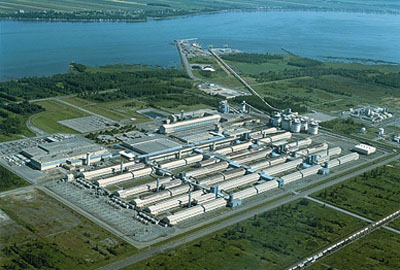 A large aluminum manufacturer was ordered by the Quebec Human Rights Tribunal to amend their collective agreement and pay 157 students who were discriminated against on the basis of their age and their “social condition” $1,000 each in moral damages.

In an important decision that deals with student discrimination, the Tribunal found that Aluminerie de Becancour Inc. (ABI) breached article 19 of the Quebec Charter of human rights and freedoms. Under article 19, employers must – without discrimination – grant equal salary or wages to the members of his personnel who perform equivalent work at the same place. The Tribunal also found in Commission des droits de la personne et des droits de la jeunesse (Beaudry et autres) c. Aluminerie de Bécancour inc., 2018 QCTDP 12 that the company breached articles 10 and 46 of the Quebec Charter.

The decision could cost the aluminum maker, owned 74.95 percent by Alcoa and 25.05 percent by Rio Tinto, millions of dollars as students have been seeking since 2007 to be paid the same wages as regular employees — $40.31 per hour as opposed to the $31.23 they were earning. On top of the moral damages the company will have to pay, ABI will also have to retroactively pay students the amounts they should have been earning. As well, ABI will have to make changes to its labour collective agreement to ensure that it complies with Article 19 of the Quebec Charter.

The ruling underlines that students who worked at ABI were exposed to the same risks and performed the same work as regular and casual employees, and the fact that they were not paid the same compromised their dignity. The Tribunal concluded that the employer undermined the rights of the victims because they were student employees.

According to Philippe-André Tessier, interim president of the Quebec Human Rights Commission, the decision sends a clear message to employers. “Discrimination in employment, based on the social condition, is prohibited by the Quebec Charter, and one cannot impose a distinction based on the sole fact that the employees are students,” said Tessier.

Clément Masse, head of the union at ABI, local 9700 of the Syndicat des métallos, believes that the ruling will create jurisprudence and will almost certainly have an impact in other work sectors.