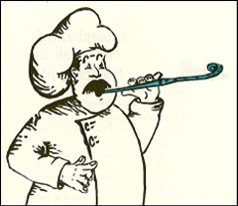 Cookie maker par excellence, Monsieur Félix & Mr. Norton, heaved a sigh of relief when Quebec Superior Court annulled a resolution adopted nearly three years ago by the its Board of Directors to dole out dividends totaling $950,000 in a ruling that inches Quebec civil law towards the acceptance of the doctrine of rectification.

Partly informed by the Ontario Court of Appeal case in Attorney General of Canada v. Juliar, 2000, Judge Jean-Pierre Senécal found that the courts have “never hesitated” to void contracts or resolutions issued by companies to respect the true agreement between the parties, so long it was not done because the parties failed to take into consideration the fiscal consequences and then tried to remedy the situation.

According to Martin Lord, who successfully plead the case, this stance represents a potentially significant breakthrough, even though the ruling does not go so far as to wholly embrace the doctrine of rectification.

The doctrine, widely embraced by common-law provinces, allows the courts to restore what the parties’ agreement actually was, were it not for the error in the written agreement. In Juliar, the Ontario Court of Appeal held that the court has the discretion to rectify the document that does not carry out the intention of the parties. Under the doctrine, parties are entitled to enter into any transaction which is legal, and entitled to arrange their affairs to avoid payment of tax if they legitimately can. If a mistake is made in a document legitimately designed to avoid the payment of tax, “there is no reason why it should not be corrected.”  Refusing rectification because the government would be deprived of an accidental or unexpected windfall would not be a correct exercise of discretion, added the appeal court.

“By referring to the Juliar case, Judge Senécal is implying that Quebec should not be facing a federal fiscal regime that will be more severe than other common-law provinces because they have adopted  the doctrine of rectification to deal with situations such as Felix & Norton,” noted Lord.

On July 2006, Felix & Norton’s Board of Directors adopted a motion to grant a capital dividend of $950,000 to the shareholders of the company. It proved to be a costly error. The company was assessed by federal tax authorities and was informed that the amount exceeding $750,000 was deemed to be taxable. To minimize the damage, the company and its shareholders invoked s.184(3) of the Income Tax Act (Act) and decided to declare the excess dividend as taxable income to the shareholders.

The company also filed a motion before Quebec Superior Court, seeking a declaratory judgment to rescind the resolution adopted by its Board of Directors. The company argued that their accountants made a mistake and provided the company with inexact figures, figures that led them to adopt a resolution that they otherwise never would have.

The Attorney-General of Canada did not challenge the motion. It held the position that under certain circumstances annulments can be granted, as is recognized by jurisprudence.

The Deputy-Minister of Revenue Quebec challenged the motion, and countered that the Act, particularly s.184(3), provides remedies for such situations, said Pierre Zemaitis, a Montreal lawyer who represented the Quebec tax authorities. “We argued that the federal tax regime has a complete set of rules and regulations to deal with the specific challenges in this dossier. In other words, all the remedies can be found in the Act.”

Judge Senécal was not swayed by Revenue Quebec’s position. In Felix & Norton International inc. et Canada (Procureur général), 2009 QCCS 919, he noted that there is “no doubt” that in the case at hand the directors of the company “completely relied” on the information and numbers provided by their accountants when they adopted the resolution, and that it was clear that the directors were misled. Neither were the accountants at fault – the company changed accountants  and invaluable information was not passed on by the former accountants.

The evidence, points out Judge Senécal, clearly establishes that the directors and shareholders of the company consented to the passage of the resolution on the basis that taxes would not be paid.

“In the opinion of the Court, s.184(3) of the Act offers an escape hatch for tax payers when punitive taxes are applicable,” said Judge Senécal in a ten-page ruling. “It certainly grants a tax remedy to resolve a situation, but it does not claim to set aside civil law, in this case grounds for an annulment invoked before the court to prevent the declaration of a dividend from being valid.”

Judge Senécal then held that the declaration of the dividend is a unilateral juridical act – and not a contract. It is a discretionary and unilateral decision made by company’s directors, and it is only directors that can declare dividends.

“The decision by the directors must emanate from a free and enlightened consent. If the consent was vitiated by an error on an essential element, the annulment of the resolution can be requested,” said Judge Senécal, adding that when an annulment is handed on grounds stemming from civil law then the fiscal authorities must abide by them.

Lord says that the ruling is noteworthy as it accepted the notion that in cases when directors are misled then a request to rescind dividends can be made. “It is also a breakthrough because there is an evolution in the way annulments of dividends will be viewed. It is now essentially a question to be dealt with by civil law, that may have an impact on tax matters. If the dividend is annulled retroactively, then the assessment of the tax is no longer applicable, and the assessment ceases to be in effect.”