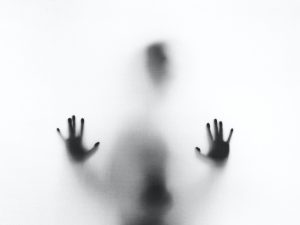 Barely two weeks after the federal ombudsman for crime victims called on Parliament to overhaul Canada’s victims bill of right, asserting that it has fallen far short of delivering the “real rights it promised,” the Quebec government introduced a bill that will revamp its crime victims legislation to expand the number of people it will cover, making it the most generous in the country.

Bill 84, introduced by Quebec Minister of Justice Simon Jolin-Barrette in mid-December, broadens the definition of victims of crime, provides financial assistance to crime victims that were not covered before, eliminates prescription periods for victims of certain crimes, and repeals two provincial laws dealing with crime victims (Crime Victims Compensation Act and Act respecting assistance and compensation for victims of crime) and replaces it with an integrated legislative framework entitled An Act to assist persons who are victims of criminal offences and to facilitate their recovery.

“This is a major reform,” noted Jo-Anne Wemmers, an international expert on victimology who is professor at the School of Criminology at the Université de Montréal. “It essentially replaces two provincial laws that were on the book for a long time and comes up with one integrated comprehensive piece of legislation for victims of crime in Quebec. They had to update it and integrate it because essentially you had two different definitions of the word victim, which were rather inconsistent, confusing and difficult to defend.”

At a time when provinces, such as Ontario, are curtailing programs for crime victims, the Quebec government will abolish the list of criminal offences that provided coverage to only certain victims and will instead cover all crimes against the person. As a result, victims of criminal offences that were not covered before, including victims of sexual exploitation, child luring and criminal harassment, will be able to apply for assistance under Bill 84. Quebec residents who are victims of a crime that occurred outside the province too will be eligible for financial assistance.

“In comparison with the rest of Canada, Quebec has always been and will continue to be far more generous than any of the other provinces,” said Wemmers, author of “Victimology: A Canadian Perspective.” “Part of the reason is that victimology is stronger here than elsewhere in the country. You have a strong victims movement. You have strong victim services as well. This is one of the few places in Canada where you have assistance centers for victims of crimes in which victim support workers are paid compared to elsewhere in Canada where they’re often volunteers. There has to be a serious evaluation of victims right across the country and the lack of consistency.”

The bill also extends the time when crime victims can file an application for assistance from two to three years after the date which the victim “becomes aware of the injury” they suffered because of a criminal offence or within three years after a death due to criminal act. However, that prescription period is eliminated, and an application can be filed anytime, for people who were victims of a crime involving violence suffered during childhood, a sexual aggression or spousal violence. More than 600 sexual aggression victims were turned down by the the Direction de l’indemnisation des victimes d’actes criminels (IVAC), the provincial body that administers the Quebec crime victims compensation system, because they failed to meet the application deadlines, revealed the Montreal French-language newspaper La Presse earlier this month.

At present some 7,000 people receive compensation from IVAC, a figure that is expected to increase annually by approximately 4,000 if Bill 84 is enacted, according to the Quebec government.

In spite of certain gaps that are not addressed by Bill 84, the legislative proposal represents a welcome evolution to the rights of crime victims, according to Amissi Melchiade Manirabona, a law professor at the Université de Montréal who recently published a book entitled “Introduction au droit des victimes d’actes criminels au Canada.”

“As it stands Quebec is fairly advanced compared to other provinces in terms of the compensation that is offered as there are some provinces who do not even offer indemnities,” said Manirabona. “This bill will make it better but it’s still not perfect. There are things that should be improved but it’s still a very good step in the right direction.”

While the bill broadens coverage for all crimes against the person, it does not provide assistance to victims of economic crimes such as fraud, notes Manirabona. And yet, points out Manirabona, many victims of fraud who have lost their life savings have been suicidal or committed suicide, “which means that they are in distress almost in the same manner” of victims who were physically assaulted.

“Crimes against property are not covered because of cost-savings or because they are not well-informed over the real impact of these crimes,” said Manirabona. “It would be appropriate to further substantiate the bill to take into account the impact of crimes on victims, regardless of the nature of the crimes.”

Another shortcoming in the bill is that it will reduce the financial compensation awarded to victims of crimes, noted Manuel Johnson, a researcher with the non-profit organization Institut de recherche et d’informations socioéconomiques (IRIS) with an expertise in indemnities and landlord-tenant issues.

“The legislation was long overdue for a total rehaul,” remarked Johnson, a legal aid lawyer with the Centre communautaire juridique de la Rive-Sud in Longueuil. “The law needed to be modernized and on the surface it seems to be a very successful exercise. But the devil is in the details and so while they’re extending the coverage to a lot more people, it ‘s the clear that there’s a real risk that the financial compensation victims will receive will be drastically curtailed.”

“After they have an income replacement for three years, they will then have to go into welfare,” said Johnson. “That’s very worrisome. This limitation of three years is  clearly a setback for victims.”

Just as worrisome is how IVAC will apply the new law, if adopted, according to crime victim experts. In 2016, the Quebec ombudsman issued a special report that examined the compensation of crime victims. The report castigated the provincial government for favouring a restrictive interpretation of the Act, criticized its long waiting times, and found there were gaps in information to help victims understand how the assistance works.

“At the end of its investigation, the Quebec ombudsman identified several flaws in the system’s management, all of which pointed to failings regarding the fundamental obligations written into the Act respecting administrative justice in terms of service quality, celerity, and accessibility, or regarding the principles underpinning the spirit of the Crime Victims Compensation Act which calls for a broad and liberal interpretation,” said the report.

Wemmers believes the Quebec government should put in place a monitoring mechanism to ensure the IVAC follows the spirit of the bill.