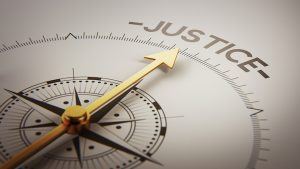 An ambitious strategic plan unveiled by the Quebec Ministry of Justice outlines measures the provincial government expects to implement over the course of the next three years to curb criminal and penal court delays, accelerate the deployment of technologies in the justice system, boost the use of alternative dispute resolution and improve access to justice.

The plan, while lauded by legal experts for laying out concrete actions to deal with endemic issues plaguing the provincial justice system, has also been criticized for taking on too much in a rather short period at a time when government financial resources are constrained.

“The strategic plan is brimming with good faith but will they really be able to accomplish all the goals they set out for themselves,” wondered Pierre-Claude Lafond, a law professor at the Université de Montréal who has penned books about access to justice and ADR. “It is extremely ambitious and they are attacking a lot of things at the same time. And besides, where will they find the money to do all of all that because there is a cost to all of this.”

The four-year plan is intended to remedy these issues, states Quebec Justice Minister Sonia LeBel in the document. “This unprecedented effort will modernize the justice system to ensure a more effective justice system to better respond to the needs and expectations of citizens,” said LeBel. “It is a genuine sea change in the culture that is taking place.”

Progress has been made to curtail criminal and penal court delays since the Quebec government injected $175.2 million from 2016 to 2020, following the landmark Supreme Court of Canada Jordan decision. Delays in the Quebec criminal justice system have decreased by nearly 22 per cent over the past two years, from an average delay of 250 days in 2016-2017 to 196 days in 2018-2019. The intervals in the provincial penal system dropped even more, by 30 per cent, from 302 days to 211 over the same period.

To lower delays even more, the Quebec government intends to modernize the justice system by implementing “innovative practices,” adopting new technologies, bolstering the number of aboriginal community justice centers, and plans to roll out in all of the province’s judicial districts the alternative measures program for the general population as well as one specifically designed for aboriginal communities. Under the program, adult offenders charged with certain criminal offences can take responsibility for their actions and settle the dispute that brought them into the justice system, following an alternative route that does not involve the usual court proceedings prescribed by the Criminal Code. Under an 18-month pilot project that took place in three judicial districts in Quebec, 5.5 per cent of cases were referred to the program, a figure the Quebec justice ministry hopes to incrementally increase over the next three years, from six per cent by year end to 12 per cent by 2022-2023.

The justice ministry also proposes to develop an index that will measure the confidence citizens have towards the justice system, judicial delays and access to justice. That is key, and perhaps the most significant measure outlined in the strategic plan, according to Jean-François Roberge, a law professor and the head of the dispute prevention and resolution program at the Université de Sherbrooke. It will be akin to the World Justice Project Rule of Law Index, a quantitative assessment tool that seeks to offer a detailed and comprehensive picture that delineates the extent to which countries adhere to the rule of law in practice.

“In the past we did not have an empirical approach to measuring what citizens think or want from the justice system,” noted Roberge, who himself developed such an index that was used several years ago by the Quebec Superior Court and the Quebec consumer protection agency. “The development of the index is really the most significant advancement outlined in the strategic plan as it will foster the development of an empirical research culture within the ministry of justice. It will allow them to make decisions based on facts in order to strengthen the confidence citizens have towards the justice system. I hope it will be used annually, and be improved over time.”

The justice ministry also wants to improve the support and assistance it offers to Quebecers in justice matters. It intends to further support and promote the use of community justice centers, simplify the experience citizens have when dealing with the justice system notably by providing telephone support and a one-stop legal hub. It also intends to improve its online small claims toolkit, and develop and deploy an online legal platform.

On a broader scale, the Quebec justice ministry expects to draft reforms on family law, criminal injuries compensation, review time limits on sexual assaults suits, and introduce a slew of measures to improve access to justice for Aboriginal communities. Moreover, the Quebec government wants to encourage the use of ADR, be it in small claims court or matters dealing with family law.

“The issue of access to justice is multifactorial,” said Lafond. “To deal with it, you have to attack the issue on several fronts, which is what the strategic plan does. However, one must be realistic. I’m afraid they have too many priorities and are trying to do too many things at once.”

Lafond however laments the absence of concrete measures in the strategic plan to deal with delays about delays in the civil justice system, and legal fees that are prohibitive for many citizens.