The governing bodies of the Quebec legal and notary professions lost a suit against American-based insurers after Quebec Superior Court held that they did not overstep their bounds in preparing, registering and discharging mortgages on real estate.

In an eagerly-awaited decision that highlights the growing impact of technology on the legal profession, Justice Chantal Chatelaine held that insurers that offer title insurance do not practice law, do not provide legal opinions, and do not prepare or draw up mortgages.

“The importance of the case has to do with the obstacles which can be put in the way of modernization and efficiency,” remarked Simon Potter, Ad. E., a Montreal lawyer with McCarthy Tétrault LLP who successfully plead the case on behalf of FCT Insurance and First Canadian Ltd, part of the global company FAF International.

“This case revolved around whether rules governing who could do certain acts could be done only by lawyers or notaries or whether they could also be done by people trying to make life easier for banks or their borrowing customers. The judgment doesn’t at all say that lawyers and notaries should be worried about losing the exclusivity or monopoly over things which the statutes make exclusive for them.” 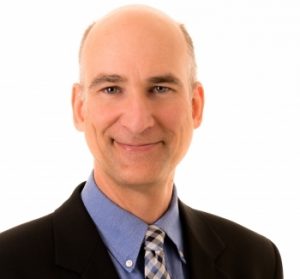 But François Brochu, the director of the master’s program in notarial law at the Université Laval, described the ruling as “explosive” as it provides yet more clear-cut evidence that technology is “muddying the waters” in the legal marketplace.

The decision also has the potential to increase title defects in Quebec, added Brochu. At present, titles in Quebec are generally in “very good shape” because notaries have systematically corrected defects, asserted Brochu. That in turn explains why the province is an enticing market for title insurers as there is very little risk to them, said Brochu.

“There is a risk that titles will deteriorate in Quebec because title insurance does not really solve problems,” said Brochu. “It lets defects remain in place until it bursts which in turn can lead to higher insurance premiums. That is a real fear because that is what has happened virtually everywhere where title insurance has been established.” 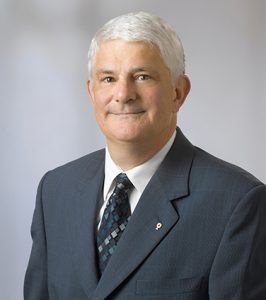 Sylvain Lussier, Ad. E., a Montreal lawyer with Osler, Hoskin & Harcourt LLP, who too successfully plead the case for Chicago and FNF Canada, whose parent company is US-based Fidelity National Financial Inc., doesn’t buy it. He believes this case boils down to a turf war.

“Instead of looking forward, professional orders look back and drape themselves around the notion of the protection of the public even though the public is very happy because it costs them less,” said Lussier. “Since title insurance came to Quebec, there have been no complaints by the public. It’s only about corporatism, to protect its members, which is not part of the duty of professional corporations.”

In a comprehensive 63-page ruling, Quebec Superior Court Justice Chantal Chatelain dismissed that viewpoint just as she dismissed arguments by the Chambre des notaires and the Barreau du Québec that the insurance companies performed acts that should be restricted only to their members. Both professional corporations sought a declaratory injunction to halt the practice by title insurers of “controlling the entire process” of preparing and drawing up legal acts, including verifying claims to land and providing legal advice and consultations. They also argued that it was title insurers who determine and pay fees to the acting notary. In short, acting notaries working for title insurers were but a “smokescreen,” argued the two organizations.

Justice Chatelain pointed out that the Chambre de notaires affirmed numerous times over a stretch of several years, from 2003 to 2008, that the services provided by title insurers was legal and legitimate. Only when there was a change of leadership did the Chambre shift its position, noted Justice Chatelain. She also noted that the Chambre’s or the Barreau’s investigating officer never brought penal charges against any title insurers for the illegal practice of the profession.

Echoing findings made by the Court of Appeal of New Brunswick in Law Society of New Brunswick v. FCT Insurance Company, 2009 NBCA 22, Justice Chatelain found that title insurers do not draw up or prepare mortgages.

“They provide a processing service that essentially consists of filing in the blanks of a form in an automated fashion, with the help of information obtained by lending institutions,” said Justice Chatelain in Chambre des notaires du Québec c. Compagnie d’assurances FCT ltée/FCT Insurance Company Ltd., 2017 QCCS 3388.

She also dismissed the contention made by the Chambre and the Barreau that notaries working for these firms were exempted from analyzing and verifying the filled-out forms that they receive. In fact, Justice Chatelaine pointed out that notaries are required to examine the information contained in the deed, provide advice and explanations to the lender, and execute notarial acts.

“The court essentially ruled that nothing that the companies were doing was covered by the exclusive practice provisions,” noted Potter.

The Chambre and the Barreau are now examining the ruling, and declined to comment.