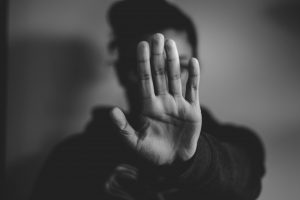 To the consternation of criminal lawyers and the Quebec legal society, a new bill introduced by the Quebec government that seeks to modernize the province’s penal justice system hands peace officers new discretionary powers that would allow them to require identification and would sanction warrantless entry under “urgent circumstances” in a home.

Bill 32, currently under examination by the Quebec National Assembly, introduces a host of changes that grants more power to prosecutors, judges and peace officers in a bid to make penal justice more efficient and more accessible. Besides clarifying the intervention powers of the Attorney General and the Director of Criminal and Penal Prosecutions, the bill will add two new Court of Quebec judges to the current roster of 306. It introduces communication orders addressed to third parties with respect to banking information, sets out rules for the use of information systems on the premises of a search, and extends the use of telewarrants. It will also allow defendants to waive acquired prescription over proceedings with the prosecutor’s consent, and try to put a halt to the “revolving door” phenomenon that affects the homeless, the mentally ill or addicts by introducing options that will allow them to participate in a program offering an alternative to penal prosecution or to replace compensatory work with alternative measures.

“There are some good things in this bill,” remarked Pascal Lévesque, a former prosecutor and head of the criminal law committee with the Barreau du Québec. “There are some things like waiving acquired prescription that will likely improve the efficiency of the penal justice system, but there are other things that will likely lead to legal debates that will be clarified by the courts.”

At present peace officers in Quebec can verbally ask for information that would allow them to identify a person but cannot demand identification papers. The new provision would for all intents and purposes “indirectly” require all citizens to carry ID, “a measure that in our opinion is disproportionate in a free and democratic society,” noted the Quebec legal society in an 18-page brief that examined the implications of Bill 32. There is no legislation in the rest of Canada that requires people to carry with them ID, unless they are driving.

“It’s abusive,” said Marchand, a member of the Quebec Bar’s criminal law committee, particularly since generally speaking penal offences under a provincial regime are deemed to be less serious in nature than those governed by the Criminal Code of Canada. “I am speaking for myself, and not the Barreau, but that is far too much discretionary power in the hands of peace officers, especially for minor offences.”

Not everyone, added Marchand, carries ID with them, especially the homeless, the mentally ill and those afflicted with addictions. And with racial profiling a reality that Quebec is only now beginning to come to grips with, Marchand wonders if members of the black and Arab communities as well as Indigenous people will be unfairly targeted by peace officers. According to a recent report by academics commissioned by the Montreal police force, police stop people from visible minorities far more frequently than they stop white people. Data compiled from tens of thousands of incident reports from 2014 to 2017 revealed that black and Indigenous people are four-to-five more times likely to be intercepted by Montreal police than white people. The Viens Commission, which examined the plight of Indigenous people in Quebec, also found that Indigenous people were the subject of disproportionate arrests. More than 4200 statements of offence were given out in the Town of Val-d’Or between January 1, 2012, and August 31, 2017. More than 75 per cent that received the statements of offence were of Indigenous origin, and they were mainly homeless.

The proposed provision is all the more disturbing because it is silent over the consequences a person faces if they refuse to show a valid piece of identification, added Lévesque. In its brief the Barreau du Québec wonders if the impossibility of providing an ID will constitute a refusal within the meaning of the law which could therefore lead to an arrest without a warrant.

“When we hand discretionary powers to peace officers, the more they have, the greater the risk,” remarked Lévesque. “That’s what the Supreme Court of Canada highlighted in Bain (R. v. Bain, [1992] 1 S.C.R. 91). And that is our preoccupation at the Barreau. On top of that, we don’t how the courts will deal with the issue. Considering that it is not obligatory to carry ID in Canada, will they view it as unreasonable and abusive? That provision will likely be the subject of rigorous scrutiny by the courts.”

The courts are also likely to weigh in on the new legislative provision under Bill 32 that allows for warrantless entry in a home under “urgent circumstances,” according to criminal lawyers. Under the proposed legislative addition, circumstances would be deemed to be urgent if the person responsible for executing the warrant has reasonable grounds to suspect that the life, health or safety of a person is in danger. Those are less stringent conditions than set out in the Criminal Code, and appears to run contrary to the guidance meted out by the Supreme Court in R. v. Macooh, [1993] 2 S.C.R. 802, pointed out Marchand. In Macooh, the SCC noted that it is well settled at common law that police officers have the power to enter private premises to make an arrest in “hot pursuit.” But “generally the essence of fresh pursuit is that it must be continuous pursuit conducted with reasonable diligence, so that pursuit and capture along with the commission of the offence may be considered as forming part of a single transaction,” said the SCC Justice Antonio Lamer.

“I am sure that this provision will not resist the Charter,” said Marchand. “That’s a lot of power for harmless offences.”