In a move that caught the business and legal community by surprise, Quebec became the first jurisdiction in Canada to regulate the digital currency sector by requiring businesses that operate virtual currency automated teller machines or trading platforms to obtain a licence to operate in the province.

But the recently published amendments to the Policy Statement of the Money Services Businesses Act (Act) by Quebec’s financial watchdog has drawn criticism from industry observers who assert that it is brimming with ambiguities and risks hindering the burgeoning digital currency industry.

“Time will tell if they will stifle innovation in the province and deter people from starting ATMs there or whether or not people are willing to accept that regulation,” remarked Stuart Hoegner, CPA, CMA, and an international gaming lawyer whose practice is principally focused on cryptocurrencies. “I query whether it provides the certainty that the public really wants, and certainly that business wants – and believe me I have clients that are desperate for regulatory certainty. I really don’t think this provides it.”

Quebec is the only province to regulate the money-services industry. Touted as part of an offensive against money laundering and tax evasion schemes, the Act introduced a licensing regime three years ago that is administered and enforced by the Autorité des marchés financiers (AMF), Quebec’s securities regulator. Under the Act, entities or persons operating automated teller machines or offering such services as currency exchange, funds transfer, the issue or redemption of travelers’ cheques, money orders or bank drafts, or cheque cashing, must obtain a licence from the AMF. In order to obtain a license, money service businesses are required to provide personal information on officers, lenders, business partners, directors and owners for analysis. The AMF, along with local authorities and the provincial police, then reviews submissions and performs background checks in order to issue clearance reports and licenses based on integrity and “good moral character.” 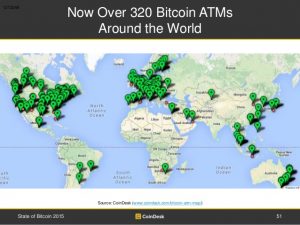 “There remains a lot of opaqueness as to whether or not certain activities are considered to be funds transfers,” said Friedman, who along with Hoegner, edited a book entitled “The Law of Bitcoin” that is expected to be published shortly. “Clarification about what they mean by a trading platform would be greatly welcome. We don’t know if a person selling bitcoins as a business is a funds transmitter. That is going to be a huge detriment to the growth of the industry because it would make it very onerous to get into the business of selling cryptocurrency.”

An AMF financial markets specialist of the specialized investigation support unit said last month before the Standing Senate Committee on Banking, Trade and Commerce, which is now in the midst of examining digital currency, that if operators of platforms for trading digital currencies transfer money directly from one person to another in transactions, that meets their definition of fund transfer under the Act. “They then have registration obligations, record-keeping obligations and other obligations set out in the legislation,” testified Moad Fahmi.

The AMF also stated before the Senate Committee that digital currency is not comparable to legal tender. They also cannot “currently” be considered to be securities, a position echoed by other Canadian security regulators. However, digital currencies could be part of an investment contract, and that would be covered by the Quebec Securities Act. And while digital currencies are not considered to be derivatives under the Quebec Derivatives Act, the “same derivative with an underlying principle of digital currency would be regulated by the Act,” said Jean-François Fortin, AMF’s executive director of the enforcement branch. The AMF is not aware of the existence of such financial products in Quebec. 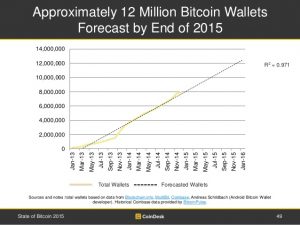 But the AMF betrays a shallow understanding on the challenges faced by virtual currency business, said Friedman. Under section 29 of the Act, money-services businesses must maintain and update certain records and registers, including a register of accounts and bank reconciliation reports, which would allow for auditing. To comply with this obligation, a money-service business that files a licence application must hold a bank account at a financial institution. But it is proving to be a daunting challenge for Canadian cryptocurrency businesses to obtain a regular commercial services bank account, say observers. “That’s another huge hurdle for cryptocurrency businesses,” said Friedman. “If their business model requires them to have a permit, and the permit requires them to have a bank account, it effectively eliminates the potential for this high tech industry in this province, which is unfortunate.”

More fundamentally, the decision by the AMF to regulate the digital currency business illustrates the confusion that state actors suffer from in their attempts to come to grips with cryptocurrencies, observed Michael Citrome, a tax and business lawyer in HazloLaw Professional Corporation in Ottawa. A case in point is the way that the AMF views cryptocurrency ATMs. Instead of viewing them as vending machines, the AMF now treats them as the equivalent of private, fiat currency ATMs. That will lead to problems, said Citrome. For harmonized sales tax (HST) purposes, fiat ATMs are an exempt supply of a financial service, meaning that there is no HST on the fees that the ATM operator charges. But the Canada Revenue Agency has taken the position that bitcoin transactions are bartered transactions, and so HST needs to be charged by the vendor on the value of the purchase of bitcoins.

“There appears to be a mismatch between how the financial regulators understand virtual currencies versus how the tax authorities understand it,” noted Citrome. “People who are developing businesses to advance the technology behind virtual currencies are going to be operating in a state of uncertainty. If we want to be a cutting-edge nation that is open to new technologies and new ways of doing business then you have to have public policy that is consistent across the board where all the stakeholders, both federal and provincial, have the same understanding of what the substance of virtual currencies are.”

The objective behind the new policy is laudable, says Elliot Greenstone, a Montreal lawyer specializing in corporate securities information technology matters. Overseeing the digital currency business marketplace to ensure that the public and investors are protected is a “great” objective. But it will be challenging to police it, he adds. “This is a new area so it’ll be interesting to see how it is regulated,” said Greenstone, a partner with Davies Ward Phillips & Vineberg LLP, who also testified before Senate Committee recently. “It’s unchartered territory so it’ll be interesting to see how the AMF will police it.”