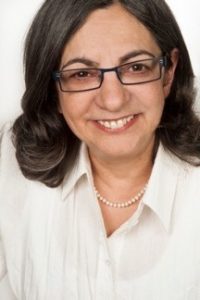 “The Quebec Superior Court judges consider it to be their duty, their role as custodians of law, to submit this question over the jurisdiction of the Court of Quebec because it has been a problem for years on end,” said Madeleine Lemieux, Ad. E., of Paradis Lemieux Francis. She is the acting spokesperson for the lawyers who filed the lawsuit on behalf of the judges.

Lemieux said that the judges have repeatedly — and unsuccessfully — asked the Quebec Minister of Justice Stéphanie Vallée over the years to refer the matter to the Quebec Court of Appeal to deal with the constitutional issue. “The Quebec minister has no comment to make given that the issue is now before the court,” said Paul-Jean Charest, a spokesperson with the Quebec Ministry of Justice.

Matters came to a head when the Quebec government raised the monetary thresholds for cases the Court of Quebec could hear from $70,000 to $85,000, even though the reform was well received by the legal community because the new ceiling was aimed at addressing court delays and increasing access to justice. Under article 35 of the new Quebec Code of Civil Procedure (Code), which came into force on January 1, 2016, the Court of Quebec has “exclusive jurisdiction” to hear matters where the amount claimed is lower than $85,000. That increase does not respect the compromise that was reached in 1867 when the Constitution was enacted, said Lemieux. In 1867 the monetary threshold was $200 which in today’s terms represents $10,000.

“The amendments to the Code which raised the monetary ceiling led the judges to launch the suit,” noted Lemieux. “The question the judges would like to the court to answer is who does what, and then necessary resources should be provided to deal with the situation. The judges believe that the Quebec government does not have the authority to assign the Court of Quebec with exclusive jurisdiction. If there had been concurrent jurisdiction where citizens had the choice, perhaps we would not be in this situation.”

But the timing of the unusual suit leaves a lot to be desired, according to the president of the Quebec legal society. “At a time when the Barreau du Québec and citizens are concerned about better access to justice and the consequences stemming from the Jordan ruling, we believe that the timing of this suit is far from ideal,” said Paul-Matthieu Grondin, the bâtonnier of the Barreau, in a statement. “Under the circumstances, the Barreau requests this issue be directly referred to the Court of Appeal to accelerate the process.”

Simon Potter, the former president of the Canadian Bar Association, too laments the action. Like Grondin, he too believes the matter should have been referred to the Quebec appeal court as the case will likely end up being heard by them anyways, and perhaps even wind its way to the Supreme Court of Canada.

“It is very unfortunate that we have to go through this,” remarked Potter, a Montreal litigator with McCarthy Tétrault LLP. “It looks bad. It is very hard for normal human beings to understand that one set of judges has to do something that looks like suing another set of judges over who is going to handle which kind of cases.”

There are also concerns that if the judges win their case it may end up wreaking havoc on Quebec Superior Court as they may be overwhelmed with cases. But Lemieux said that judges are not concerned about that because the court could grant a delay on the application of the ruling to give both the federal and provincial government time to work out the kinks.

The case is being financed by the judges themselves who last fall voted to contribute $1,500 each. While acknowledging that it is very “peculiar” that a suit launched by their superiors will hear the case, Lemieux pointed out that four judges with an expertise in public law were left out of any discussions around the case. One of those four judges will hear the case. A date for the hearing has yet to be scheduled.