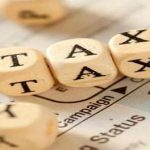 The Tax Court of Canada, in yet another legal blow to Quebec’s tax authorities, chastised Revenue Quebec for expecting business to act as a “taxation police” after it withheld input tax credits from a meat processing company because it ostensibly had not been diligent in its dealings with its suppliers.

The precedent-setting ruling, the third to harshly castigate the Quebec taxman in recent months, found that nothing in the Excise Tax Act (ETA) allows tax authorities to hold a company liable for the tax delinquencies of its suppliers. In uncharacteristically blunt language, Justice Alain Tardif noted that it would be unreasonable to expect business to perform complete background checks on all its suppliers, especially since legislation grants tax authorities large powers to investigate and demand information.

“If Parliament had intended that a taxpayer doing business with a delinquent subcontractor would be held solidarily liable for the amounts the subcontractor owes to the state, it would have expressly stated that as the legislator did for contributions owed to the CSST,” said Justice Tardif in Salaison Lévesque Inc. v. The Queen, 2014 TCC 36. “It is not for the Court to usurp the function of Parliament.”

This ruling, coupled with another two very critical rulings issued late against Revenue Quebec last fall, has prompted tax lawyers to question whether the provincial tax department has gone too far in its battle to fight tax evasion. When the Quebec government announced four years ago its intention to “return to a balanced budget by 2013-2014,” it increased the pressure on Revenue Quebec to recoup more monies.

“Revenue Quebec employees are under a lot of pressure to recoup monies, and that leads to problems in the market,” noted Paul Ryan, a tax lawyer with Ravinsky Ryan Lemoine LLP in Montreal. “Ever since the provincial government introduced the return to a balanced budget program, the government is running Revenue Quebec like a business. I don’t know if it is appropriate for a tax department with all the powers they have in hand to be run like a business.

In a position that has long befuddled tax lawyers and practitioners, Revenue Quebec maintains that business have a so-called duty to investigate. Over the past several years it has compelled business claiming input tax credits to investigate the integrity of its suppliers, notes Louis Tassé, a tax lawyer with Couzin Taylor LLP who successfully argued the Salaison case. “I find it incomprehensible that Revenue Quebec tells its taxpayers three, four, five years down the line that you should have known what your obligations were when they were not written in law, its regulations or its information bulletins.”

That’s what happened to Salaison Levesque, a Quebec family-run business that resorts to staffing agencies during the high-peak season in order to maintain its production. Between 2005 and 2009, the Montreal-based firm retained the services of four staffing agencies, and in accordance with the ETA, Salaison Levesque paid the GST on the invoices issued by the agencies for services rendered. The agencies, which had an obligation to remit taxes to the tax authorities, apparently did not. Revenue Quebec withheld Salaison’s input tax credit because it claimed that the staffing agencies could not have rendered the services identified on the invoices and paid by Salaison because the agencies did not have the resources to do so.

The tax authority also contended that the agencies outsourced the work and had not provided the services themselves. In the absence of a payroll registry, Revenue Quebec maintained that the agencies did not have any employees to provide the services, and therefore the invoices they issued were “invoices of accommodation” – the issuance of invoices where no service was rendered or supplies traded. Finally, Revenue Quebec asserted that Salaison did not act diligently in its dealing with the staffing agencies, and that it should have known that the agencies were fraudulent and did not remit the sales taxes that were collected.

Justice Tardif dismissed Revenue Quebec’s arguments, noting that its position was contradictory, farfetched, and ridiculous. Pointing out that there is a clear distinction between a lack of resources and non-declared resources, Justice Tardif noted that the fact that workers were not declared by the agencies did not change the fact they were employees of the staffing agencies. That the agencies did not remit the taxes and used undeclared resources to provide the services should not be attributed to a business that had no knowledge of the fraud and that acted in good faith.

“Under our tax laws, a declared or undeclared business, whether illegal or not, is subject to all tax legislation,” explained Tassé. “Revenue Quebec has even assessed drug dealers because they did not remit GST and QST. No kidding.”

Justice Tardif also held that the fact that the agencies may have hired unidentified subcontractors to provide the services made no difference. Regulations, noted Justice Tardif, allow for an invoice to include either commercial name of the supplier or its intermediary. Since the family-run business complied with the regulations, it could not held liable for the fraud committed by the agencies.

Justice Tardif also dismissed Revenue Quebec’s contention that Salaison should have been more diligent in its efforts to investigate its suppliers. The first mission of a business is to generate revenues, “and not act as a taxation police,” held Justice Tardif. “Nothing in the ETA provides that a business must act as a police officer or investigator to ensure that the business whose services have been retained complies with the ETA. Indirectly, Revenue Quebec wanted the appellant to do its own work.” Justice Tardif added that it would be not realistic to expect business to perform complete background checks on its suppliers, given the tools, personnel, and technical resources the tax authority has to uncover and sanction fraudsters.

“The important thing that comes out of this judgment is the fact that the court reiterates on more than one occasion that the first objective of a business is to generate revenues and not to be the tax authority’s police,” said Alexandre Dufresne, a tax lawyer and managing partner of Spiegel Sohmer in Montreal. “That to me is key because in the cases we have been seeing lately Revenue Quebec seems to impose more on taxpayers than what is imposed by law — and that is verify the legitimacy of their subcontractors.”

Justice Tardif also points out that under the Quebec Civil Code if an agent is acting for the government, as is any business collecting GST and PST, there is a presumption of good faith.

According to Etienne Gadbois, a tax lawyer with De Grandpré Chait in Montreal, that reasoning will likely give tax professionals added munitions in its legal tangles with Revenue Quebec. “I have never seen that particular reasoning,” said Gadbois. “Everyone who is collecting GST or QST are acting as agents for Revenue Quebec. Under the Civil Code, there is a presumption that the agent is acting in good faith so even though a subcontractor is delinquent the government cannot presume I am participating in the scheme. This reasoning adds value to the position that if your services are value-rendered you should be able to claim your input tax credits.”

The key part of the ruling for Montreal tax lawyer Emmanuelle Campeau is that Justice Tardif held that there is a clear distinction between an administrative stance adopted by tax authorities and what the law and its regulations demand of taxpayers.