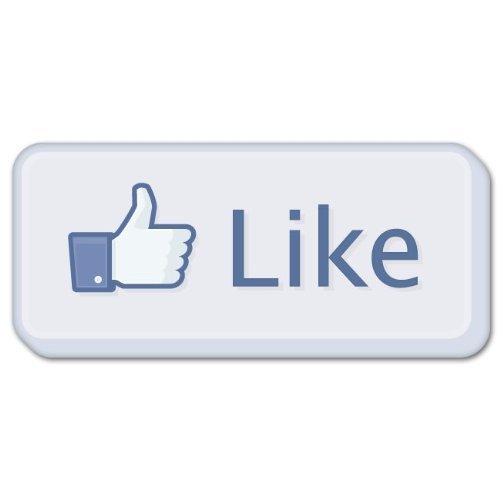 A Quebec judge who was asked by defense lawyers to recuse herself from presiding over a multi-defendant drug trial because many of her “friends” on Facebook are Crown prosecutors highlights the need for a comprehensive guideline to help judges navigate the world of social media and developing technologies, assert legal observers.

The “highly unusual situation” came to light earlier this month when defense lawyers for 12 persons accused of drug-related charges in the Eastern Townships met privately with Court of Quebec Justice Julie Beauchesne in her chamber to express their concerns over her Facebook page. They were troubled that some of Justice Beauchesne’s Facebook “friends” were Crown prosecutors involved in the so-called Kayak mega-trial, and asked her to recuse herself. Justice Beauchesne admitted during court proceedings that she had a Facebook page, under a pseudonym, which was inactive. She also said that she had as many defence lawyers as Crown prosecutors who were “friends” on her Facebook page. Justice Beauchesne refused to recuse herself, and invited defense counsel to appeal the matter before Quebec Superior Court. Defence lawyers opted not to forge ahead with an appeal but have not ruled out the possibility in the future, said Sherbrooke criminal lawyer Michel Dussault.

“These are Crown prosecutors who are working on the case so it’s not as if it is any Crown prosecutor,” said Dussault. “I have judges who are friends but they do not hear my cases. A judge should not hear cases when friends are involved.”

Judicial use of Facebook and social media has spawned thorny ethical issues that have so far propped up more often in the U.S. than in Canada. Earlier this year, a Florida circuit court judge who presided over a divorce proceeding was removed from a case after she sent the wife a Facebook “friend” request that the woman did not accept. In another case in Florida, a criminal defendant successfully moved to disqualify a judge because the judge was Facebook “friends” with the prosecutor.

Closer to home, the ongoing judicial investigation into the conduct of Justice Lori Douglas may be a harbinger of things to come, says Lorne Sossin, dean of Osgoode Hall Law School at York University. “We are definitely going to see more of this issue in Canada,” said Sossin, who co-authored a study called “Judicial Ethics in a Digital Age.” “We now have a group of people largely appointed in their fifties and sixties who I think it is fair to say are not active in social media. In a very short number of years that will reverse and it will become the norm, and the exceptions will be judges not engaged in social media.”

In the U.S. at least seven state ethics committees have issued opinions that declare that judges may join social networks but they disagree on the propriety of “friending” lawyers, according to a research paper prepared last year for the Canadian Centre for Court Technology. All the opinions also warn judges about the potential pitfalls of social networks “for embarrassment and damage to the dignity and integrity of the office,” adds the report.

But in Canada, the Canadian Judicial Council (CJC) has been largely silent on the issue, with the exception of a few papers that do little beyond defining and explaining social media. The same goes for the Conseil de la magistrature du Québec. The Conseil provides no guidance over the ethical minefield that social media raises because it is not part of their mandate, says Esther Boivin, an administrative assistant with the Conseil. Unless the Conseil receives a complaint, it will not examine the matter. All of which leads Sossin to observe that “you want to be ahead of the curve instead of playing catch-up – and that is a real challenge for the judiciary and the CJC because it has been typically a reactive organization. It’s not always been its strength to anticipate and get ahead so that judges are ready.”

Yet the need for new ethical guidelines has never been more pressing, says Martin Felsky, national e-discovery counsel at Borden Ladner Gervais LLP. Social media, aside from being a new phenomenon has changed the way that information is disseminated, is highly visible and public — and that raises new issues that the profession never really faced before. “Social media is a new development that lies outside of the norms that have been established for many, many years about what is appropriate judicial behaviour,” asserted Felsky, who has written a guidebook on Facebook and social networking security for the CJC. Without guidelines, judges will use social media as they see fit which “opens a lot of potential issues” or they will completely shun the use of the new technologies which is equally problematic because evidence is increasingly digital in nature and if “you don’t use or understand these services you really have no idea what they’re talking about,” said Felsky.

What’s more, says Sossin, without clarity and consistency in the standards judges are expected to abide by, the public’s confidence in the judiciary and the justice system may be jeopardized. Viewing social media exclusively as a threat, and using judicial ethics to limit and regulate a judge’s interaction with social media is just as “harmful,” adds Sossin.

The opportunities that social media offers far outweighs the risks. Social media can create public understanding of the courtroom and increase public awareness of the role judges play in society, says Sossin. Guidelines can be an effective tool to enhance public confidence, maintains Sossin. “As (Supreme Court) Justice Sopinka once said judges shouldn’t be monks,” said Sossin. “The goal isn’t to remove yourself from society. In fact, you become less effective as a judge the greater you remove yourself from social currents. Public confidence is far more enhanced where a judge is living their life in the community as a whole participant.”

Guidelines, though, should not be prescriptive, say legal observers. “There is nothing static about ethics in judicial conduct,” notes Sossin. “It is dynamic, it changes, it evolves, and it has to adapt.” Judges and prospective judges need information, insight and guidance about the nature and implications of social media and developing technologies, adds Felsky. “We have to understand what is social media, what is the purpose of it, what is the main driver behind being involved in it, and how do we know what is appropriate for a judge to be participating or not, and does a judge have to act differently on social media than a lawyer,” suggests Felsky.

Sossin is hoping that bodies such as the CJC will engage in a consultative process, and gather data on judicial use of social media and judicial views on social media. To do nothing is risky. As points out Sherbrooke criminal lawyer Mia Manocchio, situations faced by Justice Beauchesne will no longer be unique. “We will be seeing more and more of these tactics by defense lawyers,” said Manocchio. “It’s always a risk for a judge to be a part of something like Facebook. Can a judge have a Facebook account? I would say yes. But if they count as friends Crown prosecutors or defense lawyers, then it can be more delicate and it can lead to motions for recusal.”