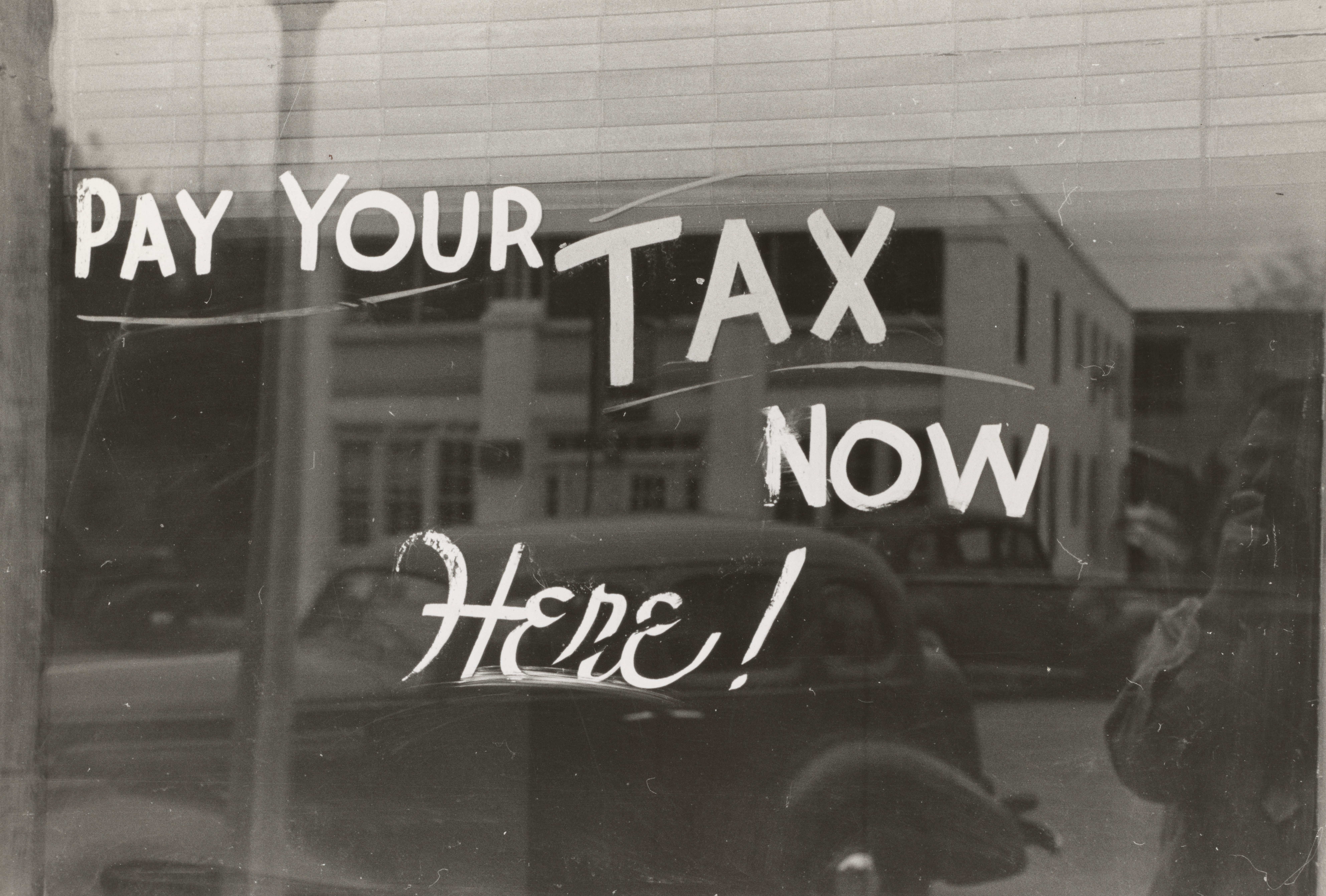 A Montreal businessman who was forced to shut down his business after Quebec tax authorities mishandled his case was awarded nearly $4 million, including a staggering $2 million in punitive damages, following a precedent-setting ruling by Quebec Superior Court.

In an extremely harsh judgment that sheds light on Revenue Quebec’s tax collection policies and questions its administrative practices, Justice Steve Reimnitz held that the provincial tax agency abused its powers, acted maliciously and in bad faith, and exhibited unjustified and blameworthy administrative doggedness in the way it handled the tax file of Groupe Enico Inc. and its founder Jean-Yves Archambault. The comprehensive 197-page ruling in Groupe Enico inc. c. Agence du revenu du Québec 2013 QCCS 5189 details a series of bizarre and improbable events, triggered by a dishonest auditor,  that has been likened by Quebec tax lawyers to an absurd “horror story” that “was bound to happen.”

“There have not been many decisions that have been rendered by the courts where Revenue Quebec has been sued for damages,” pointed out Alexandre Dufresne, a Montreal tax lawyer and managing partner of Spiegel Sohmer. “Not only that, Revenue Quebec lost and the damages were very substantial so in that sense it is a very important decision. The judgment outlines what I would call a horror story – it really was an abusive audit.”

The Enico ruling, coupled with another ruling issued in mid-October by the Court of Quebec that also castigated Revenue Quebec for taking a far too aggressive stance against a family business, has prompted tax lawyers to question whether the provincial tax department has gone too far in its battle to fight tax evasion. When the Quebec government announced four years ago its intention to “return to a balanced budget by 2013-2014,” it increased the pressure on Revenue Quebec to recoup more monies. It is expected to recoup $3.9 billion in fiscal 2013-14, $600 million more than fiscal year 2012-13, and a significant increase over the $2.3 billion it was expected to recover in 2009-10, according to Revenue Quebec figures. The results have been mixed. Last year the taxman recovered nearly $3.5 billion, a sizeable increase over the $2.35 billion it reclaimed in fiscal year 2009-10. Indeed, Revenue Quebec boasts that for every dollar it invested it recouped $9.30 last year. But tax debts have surged as well, from $2.2 billion in 2010 to $7.6 billion last year. In short, as one tax lawyer put it, there is a huge gap between the amounts assessed and the amounts actually collected.

“Revenue Quebec employees are under a lot of pressure to recoup monies, and that leads to problems in the market,” noted Paul Ryan, a tax lawyer with Ravinsky Ryan Lemoine LLP in Montreal. “Ever since the provincial government introduced the return to a balanced budget program, the government is running Revenue Quebec like a business. I don’t know if it is appropriate for a tax department with all the powers they have in hand to be run like a business. But the attitude they have is that we fight everything; this time they got burnt.”

Yacine Agnaou, a Montreal tax lawyer who successfully plead the Enico case, concurs. “The Enico case is not unique; it is the accumulation of faults that makes it exceptional,” remarked Agnaou, who previously worked for the Canada Revenue Agency and the economic crimes team of the Public Prosecution Service of Canada. “We are currently facing in Quebec a tax authority that has put in place a tax collection system that crushes everything because the objectives set out by the government are too ambitious.”

Archambault’s Kafkaesque bureaucratic nightmare began when two tax department civil servants, one who incredulously posed as an intern even though he was an auditor with over 20 years of experience, paid him a visit to his company’s headquarters to examine his federal and provincial sales tax payments in 2007 after a former disgruntled employee who launched his own competing business denounced the company. When the tax department claimed he owed $325,000 in back taxes, Archambault testified that his life was “turned upside down.” Compounding the situation, the tax department held on to nearly $1 million in research and development tax credits Enico was counting on to carry on business and obtain further financing.

The situation then took a dramatic turn for the worse. Revenue Quebec lost track of a payment Enico made but nevertheless forwarded Enico’s tax file to its collection department, which quickly lead Enico to be considered delinquent. Other inexplicable and costly transgressions took place. Files and notes were either lost or intentionally destroyed. An auditor deliberately doubled the amount owed by Enico, leading to an erroneous notice of assessment.

Matters got even worse. In February 2008, Revenue Quebec proceeded with two bank seizures, including the company’s line of credit, only to realize that it made an error and rescinded one of the seizures. But the damage was done. Enico’s bankers lost confidence, with one recalling its loan and credit line as well as refusing to make good on Enico’s paycheques. Employees then lost confidence in the firm, and many quit. Numerous clients and partners of the firm also ended their business relationship with the company.

The firm, which specialized in industrial automation and robotics, was healthy before the upheaval. Its revenues rose from $1.8 million in 2001 to $5.6 million in 2007. Following Revenue Quebec’s gaffes, it was forced to close shop in November 2010. When Enico filed for creditor protection, Revenue Quebec continued to hound the firm, going so far as to refuse an offer of 80 cents to the dollar unless Archambault dropped his lawsuit against the tax department – conduct that Justice Reimnitz described as symptomatic of the taxman’s conduct towards Enico and Archambault.

“Revenue Quebec argues that the applicants must demonstrate, both in respect to the assessment notices and the administrative seizure, that their representatives committed an intentional fault, acted in bad faith or abused its powers,” said Justice Reimnitz. “In the opinion of the Court, that is what was done. The applicants demonstrated serious carelessness, the equivalent of abuse of power. The reckless conduct by Revenue Quebec is the equivalent of bad faith, without regard to the predictable consequences that its conduct caused.”

Justice Reimnitz also examined a practice that to this day Revenue Quebec vehemently denies exists – a quota system that rewards auditors. “We categorically deny that there is a quota system in place,” said the tax department’s spokesperson Stéphane Dion. Justice Reimnitz however found that objectives are dictated by the government, and that the objectives are dispatched to different departments within Revenue Quebec. Each department has a fixed amount to recuperate. Auditors who fulfill objectives stand to earn between $1,000 and $1,200. Employees who perform exceptionally can be rewarded with a 3.5 per cent bonus, based on their salary.

“The principle is clear,” remarked Justice Reimnitz. “If one compensates a civil servant for the amounts that he recuperates, it will incite him to recover more, with the risk that it can bias his judgment when doing his auditing work. His interest is evident. That is all the more serious since the auditor is also a decision-maker. The role of a decision-maker and the role of an auditor are in the opinion of the Court incompatible with the notion of objectives or quotas. A decision-maker cannot have an interest in a decision he makes. That seems to be common sense.”

But that logic seems to escape the provincial tax authority, said Agnaou. “It is such an unhealthy pressure to place in the hands of a civil servant who has so much power and to tell him that if he doesn’t generate a product, it will have a negative impact on his professional career,” noted Agnaou. “Revenue Quebec doesn’t understand all the pain they can cause with their power.”

Etienne Gadbois, a tax lawyer with Montreal law firm De Grandé Chait LLP , is hoping that the ruling will lead Revenue Quebec to adopt some changes in the way it deals with taxpayers. “It’s going to be interesting to see if the relationships between taxpayers and Revenue Quebec at the collection level, audit level and objection level will change in light of these cases,” said Gadbois. “But I don’t think we will see a drastic change tomorrow. It is a big agency.”

Revenue Quebec is still studying the ruling, and has yet to decide whether it will seek leave to appeal before the Quebec Court of Appeal.