Quebec lawyers seem to have a knack for testing the limits of a lawyer’s ability to openly criticize the legal system.

When Montreal criminal lawyer Gilles Doré wrote an acerbic letter to then Quebec Superior Court Justice Jean-Guy Boilard criticizing him for being pedant, cantankerous and petty, the case wound up before the nation’s highest court and was thought by many to have settled the issue.

In a case that explored the tension between civility in the legal profession and lawyers’ freedom of expression, the Supreme Court of Canada concluded in Doré v. Barreau du Québec, 2012 SCC 12 that the Montreal lawyer had breached the generally accepted norms of moderation and dignity and had overstepped his authority to criticize the judge. As SCC Justice Rosalie Abella put it:

Lawyers potentially face criticisms and pressures on a daily basis.  They are expected by the public, on whose behalf they serve, to endure them with civility and dignity.  This is not always easy where the lawyer feels he or she has been unfairly provoked, as in this case.  But it is precisely when a lawyer’s equilibrium is unduly tested that he or she is particularly called upon to behave with transcendent civility.  On the other hand, lawyers should not be expected to behave like verbal eunuchs.  They not only have a right to speak their minds freely, they arguably have a duty to do so.  But they are constrained by their profession to do so with dignified restraint.

Now a similar issue has surfaced.

Madelaine Drolet-Savoie, a lawyer from Carignan in southwestern Quebec, landed in hot water following remarks she made to a French-language tabloid that criticized the Youth Protection Tribunal. She was quoted as saying that the Tribunal functions in a vacuum, always with the same judges, the same counsel representing youth protection authorities, and the same legal aid lawyers representing children, with the result that youth protection authorities “obtain what it wants in the vast majority of cases.”

The Barreau du Québec’s disciplinary council fined her $2,000 for breaching the Quebec Code of Ethics of Advocates, a professional code that lays out the responsibilities of lawyers, for failing to act with dignity, integrity, honour, respect, moderation and courtesy. The Professions Tribunal, which is composed of 11 judges of the Court of Québec and which hears appeals from decisions made by the disciplinary councils, rejected Drolet-Savoie’s appeal and substituted the fine with a 30-day suspension from the bar.

In overturning the decision by the Professions Tribunal, and restoring the fine issued by the Quebec Bar’s disciplinary council, the Quebec Court of Appeal held that Quebec lawyers can criticize the legal system as long as it is done with dignified restraint, constructively and meets the public’s reasonable expectations of a lawyer’s professionalism.

But the appeal court decision has stoked fears that the ruling will engender a chilling effect, and prompt lawyers to think twice before voicing their concerns about the legal system in public for fear of being reprimanded by their law society.

“This decision underscores the substantial limitations on a lawyer’s freedom of expression when expressing themselves as lawyers,” said Pierre Trudel, a law professor at the Université de Montréal specializing in media and information technology law. “It could have a chilling effect.”

Drolet-Savoie unsuccessfully argued that the underlying premise behind the decisions by the disciplinary council and the Professions Tribunal was that any negative criticism of the legal system is deemed to be a breach of the code of ethics. That in turn, argued Drolet-Savoie, would constitute a breach of the freedom of expression under the Canadian Charter of Freedoms and Rights. It also runs against the grain of the Doré decision which grants lawyers the freedom to express themselves and criticize the legal system so long as the remarks are not a personal attack or exaggerated criticisms, added Drolet-Savoie.

“It is well established that a lawyer can criticize the legal system, without it automatically constituting an ethical breach,” said Quebec appeal court Justice Manon Savard in a unanimous 18-page ruling in Drolet-Savoie c. Tribunal des professions, 2017 QCCA 842.

“However, and here I do not share the analysis of the Doré decision by the appellant, this does not mean that all criticism of the legal system by a lawyer is permitted if it does not indulge in personal attacks or is exaggerated as she pleads. A personal attack or exaggeration of statements are not the only limits to the freedom of institutional criticism by a lawyer.”

That’s where a legal society’s code of ethics kicks in, notes Justice Savard. She points out that freedom of expression for lawyers is limited by the professional obligations of lawyers as per the profession’s code of ethics. Under the Act respecting the Barreau du Québec, an advocate is an officer of the court and participates in the administration of justice and the Supreme Court has underlined the important of preserving the integrity of the legal system, noted Justice Savard. “As an actor of the legal system, a lawyer must contribute to the public confidence of the administration of justice and the profession as a whole,” added Justice Savard. 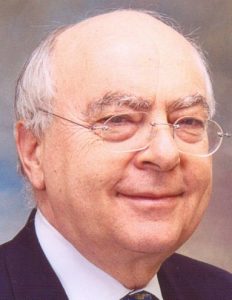 The decision seems to make it “very clear” that lawyers can only express “constructive criticism,” said Julius Grey, a notable human rights lawyer who represented Drolet-Savoie.

“Somebody has to judge whether it is constructive or not, and in terms of freedom of expression that is always a dangerous thing,” said Grey. “But secondly and even more profoundly if you come to the conclusion that the system is bad, can you not say it?”

It is “indisputable” that lawyers have a much more limited “right to speak” than citizens, said Trudel. Since the appeal court highlighted that lawyers must meet the public’s reasonable expectations of a lawyer’s professionalism, that means lawyers are viewed by the appellate court as experts. When lawyers speak out publicly they must therefore speak as “an expert and not like a citizen,” said Trudel.