When the Canadian Securities Administrators issued a staff notice during the summer that all registrants regulated directly by Canadian securities regulatory authorities would be required to prepare financial statements using International Financial Accounting Standards beginning on January 1, 2011, it literally set off a scramble.

Registrants such as investment counsel and portfolio managers, limited market dealers, exchange-contracts dealers, restricted dealers (and in Quebec, mutual fund dealers), who are not members of a self-regulatory organization (SRO) like the Investment Industry Regulatory Organization of Canada and the Mutual Fund Dealers Association of Canada, suddenly were faced with a significant undertaking that could materially affect their reported financial position and results of operations.

“For smaller portfolio managers who may not have been thinking about IFRS, this was a crucially important notice,” remarked Scott McEvoy, a lawyer with Borden Ladner Gervais LLP in Vancouver who specializes in the investment management industry. “Now they have to be thinking about it darn quick.”

They are not alone. IFRS, a collection of financial reporting standards that is rapidly becoming the global language of accounting, will become the mandatory accounting standard for all Canadian publicly accountable enterprises on or before January 1, 2011. While preparing for the conversion to IFRS from Canadian Generally Accepted Accounting Principles (GAAP) has begun to move up the corporate agenda, many smaller companies have put off the work to defer costs in order to deal with the tough economic climate, according to a recent survey on the state Corporate Canada’s IFRS readiness that was published by accounting giant PricewaterhouseCoopers LLP.

“At the time the accounting world embarked on the move to adopt IFRS in Canada, the economy was in good times,” noted Edward Kerwin, a partner with Fasken Martineau’s corporate finance and mergers and acquisitions group in Toronto. “This is an expensive and time-consuming exercise, and it is one that companies are internally trying desperately to come to grips with. While some of the larger enterprises have been working diligently on the conversion, the smaller ones will be playing catch-up.” 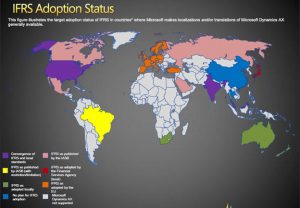 More like scuttling because the January 1, 2011 is in some ways illusory. That’s because a number of things have to be in place by January 2010. Entities that are preparing IFRS compliant financial statements for the first time must follow the mandatory guidance set out by IFRS 1, First-time Adoption of International Financial Reporting Standards. Under IFRS 1, companies are required to provide one year of comparative financial information with the first annual financial statement prepared in accordance with IFRSs. As a result, entities will be required to prepare and present an opening IFRS statement of financial position at the date of transition to IFRS, which will be January 1, 2010 for Canadian companies with December 31 year ends. The full period of 2010 then is a dual reporting year for calendar year-end companies, as they are required to report Canadian GAAP financial information while tracking IFRS financial information in their systems and processes.

“That’s one big reason why entities should have moved on this early,” said McEvoy. “There is an awful lot to consider. “

While the details of the changes imposed by the conversion to IFRS are “more appropriately the domain of accountants,” commercial and corporate lawyers as well as securities lawyers should polish up or at the very least acquaint themselves with the differences between Canadian GAAP and IFRS, advises Kerwin.

“Accountants are working with issuers in terms of assisting them with their financial statements and presentation, and lawyers are the ones who are trying to understand some of the implications of the financial statement presentation changes as it would relate to contractual or disclosure matters,” added Kerwin. “Clients who have loan agreements or other financial arrangements may have covenants that are based on Canadian GAAP but with the transition to IFRS, the principles might be changing and the measurements being somewhat different, it could be problematic for some clients. Lawyers can assist clients by making certain they will not put in jeopardy their financing arrangements by working with credit providers to develop transitional provisions and financing documents that will be appropriate under the circumstances.” 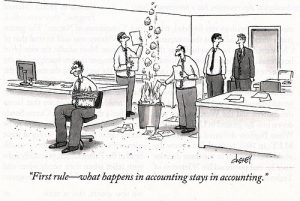 The need to beef up on accounting was underscored with the CSA’s invitation in late September for comment over National Instrument 52-107 Acceptable Accounting Principles and Auditing Standards, its Companion Policy and related amendments, all of which is aimed at ensuring a smooth transition from current Canadian GAAP to IFRS. National Instrument 52-107 sets out acceptable accounting principles and auditing standards for issuers and registrants to use when filing or delivering financial statements to securities regulatory authorities or securities regulators.

“Lawyers should be involved in assessing the language that is being proposed and the transition the CSA is proposing will provide the appropriate disclosure from an issuer’s point of view as well as investors,” said Kerwin.

The conversion to IFRS from Canadian GAAP is daunting and will likely face hiccups. But unlike in the past few years when securities regulators demonstrated little patience with issuers who have had to restate their financial portrait, it is expected that, at least during the first couple of years, regulators will be more forgiving as entities attempt to deal with the new accounting standards.

“There are judgment calls to be made, and it may be that people’s interpretation will change over time as circumstances develop, and find themselves in the position of making changes in their disclosure and statements,” said Kerwin. “I suspect the accounting standards board and the regulators will be sympathetic to issuers as they try to deal with the new terms so long as they make a good effort and take all reasonable steps to make these adjustments.”