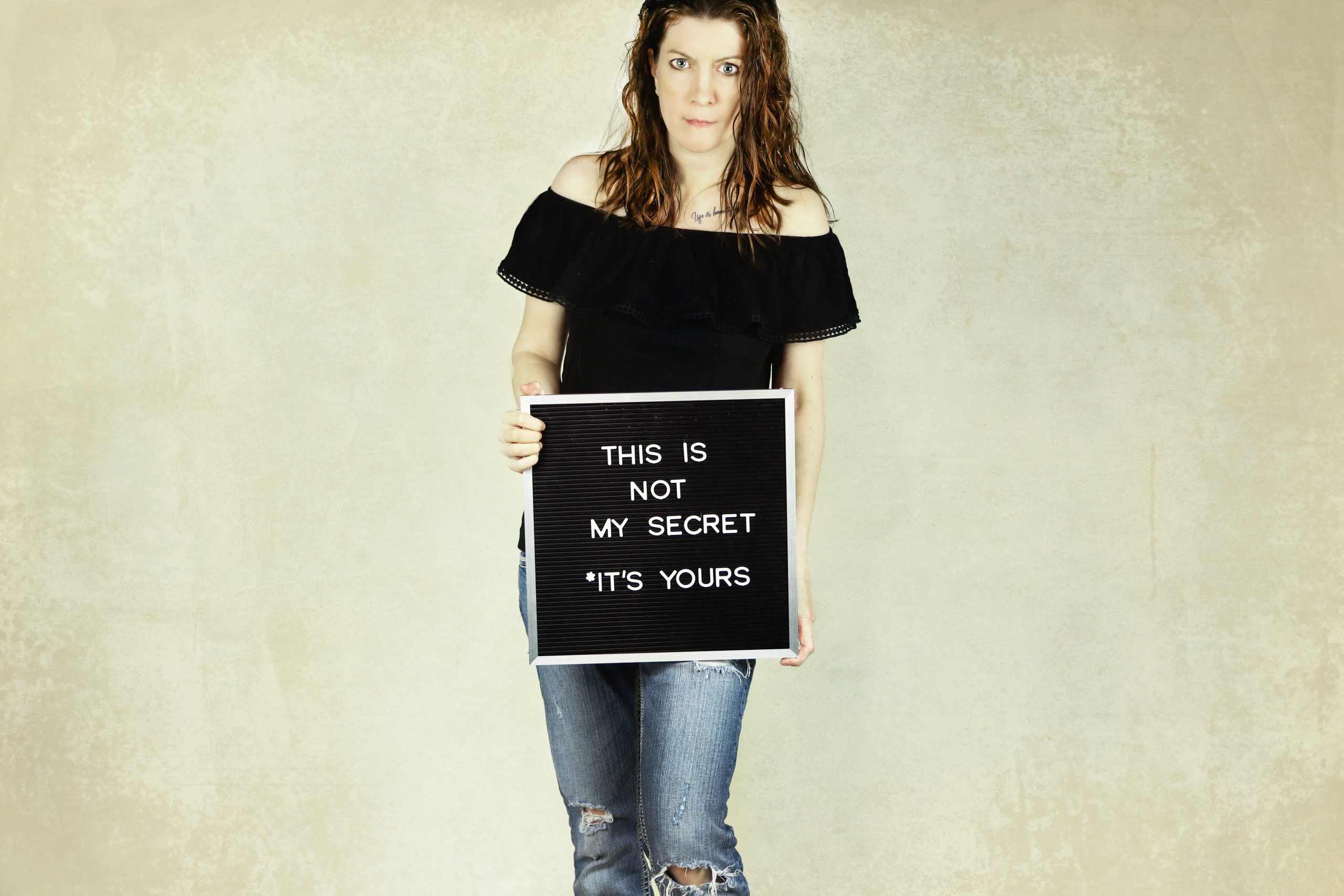 The figures – and the painful personal accounts —  disclosed by the report are troubling but not surprising, according to legal experts. Sexual harassment, defined by the researchers as verbal and non-verbal behaviours that convey insulting, hostile and degrading attitudes, was by far the sexual misconduct that was most prevalent over the past five years. Half of women, or 50.2 per cent, who replied to the online survey reported that they were subjected to offensive sexual gags or tales, 36.3 per cent of women reported attempts to begin unsolicited discussions about sex, one-third reported being catcalled, another third said they were on the receiving end of derogatory remarks about their appearance, body or sexual activities, and yet another third reported being subjected to sexually suggestive gestures that offended or embarrassed them.

Men too reported being the victims of sexual harassment, with 21.7 per cent reporting that they were told offensive stories or jokes, 17.5 per cent said there were unwanted attempts to discuss sex, and 13.7 per cent reported receiving derogatory remarks over their looks or their body.

The report, entitled Survey on Sexual Harassment and Violence in the Practice of Law (so far available only in French), also divulges that nearly one-third of women, 27.1 per cent, were subjected to unwanted sexual attention such as being touched in a way that made them feel uncomfortable. A lawyer recounted the time she was in the photocopy room when a partner grabbed her buttocks while another told the story of how a colleague showed up at her office, dropped by his pants, and began massaging his genitals. A further 20.6 per cent of women – and 12.3 per cent of men — reported that attempts were made to establish an intimate or sexual relationship in the course of their professional practice in spite of their efforts to discourage it. The study also revealed that 4.2 per cent of women were the victims of sexual coercion, and suffered negative consequences after refusing to engage in sexual activities like the lawyer whose work dried up at a law firm after refusing to have sex with a colleague.

“I cannot say I’m surprised by the findings,” said Caroline Briand, a Montreal constitutional and Aboriginal lawyer with Cain Lamarre LLP who was the former president of the Canadian Bar Association’s Women Lawyers Forum, Quebec division. “On the one hand, it would have very surprising if the legal world would have had a lower incidence rate compared to the rest of society. On the other, we know that, particularly in private practice, that there are structures and business models that create situations where these issues are susceptible of manifesting itself.”

The study, one of a handful of studies that examined sexual harassment in the legal world following the fallout of #metoo, was launched in October 2018 after an online questionnaire was sent to all members of the Quebec Bar (27,137 members at the time). It generated a 14.5 per cent response rate, or 3,785 responses, from both people who were victims of sexual misconduct or who were witnesses or confidantes. Since the study used a non-probability and convenience sample, meaning it is a not random sampling of people but rather includes individuals who are most accessible to the researchers, the findings are not representative of the prevalence of sexual harassment and violence within all members of the Barreau, warn the researchers.

But Isabelle Auclair, one of the researchers of the study, said the results are nevertheless “extremely valid” as the response rate was very sizeable and the findings are very similar to other sexual harassment studies. A 2014 Australian report found that one in four female lawyers experienced sexual harassment, while a 2018 study by the International Bar Association revealed that one in three female lawyers were the victims of sexual harassment in the workplace. Closer to home, an online survey conducted by the Law Society of Alberta, in conjunction with the law societies of Saskatchewan and Manitoba, found that nearly one in three articling and new lawyer respondents reported experiencing discrimination or harassment during recruitment and/or articling.

“The general tendency is that people are not at ease to disclose within their organization,” said Lassonde. “That implies they do not have confidence in the mechanism that exist within their office to deal with these issues. That is very problematic.”

The feminization of the legal profession has done little to thwart sexual harassment, notes the study. If anything, it’s the contrary. Gender inequality seems to have been reinforced by the recent feminization of the traditionally masculine profession which is struggling to adapt as can be seen by the scarcity of female partners, salary discrepancies between men and women, the kinds of cases female lawyers are given, and the fact that more women lawyers have shorter careers or leave the profession altogether at a time when they possibly could have a greater influence, according to the study.

“Representation is important but it is not a solution in and of itself,” noted Auclair. “The presence of women in the profession has not led to a change in the practice, working conditions or the organizational culture.”

The hierarchical nature of the profession, particularly in private practice where most senior practitioners still tend to be disproportionately men, where lower-level employees are largely dependent on superiors for advancement and mandates play a significant role in sexual harassment and violence, according to the study. In 1993, the Canadian Bar Association published the so-called Touchstones report that explored discrimination against women and others. Headed by former Supreme Court Justice Bertha Wilson, the report found barriers to women and racialized individuals at all levels. It also found that sexual harassment was viewed by many lawyers as a risk to be “neutralized” rather than an opportunity to examine and question their conduct – a viewpoint that led to a greater exclusion of women as it was felt that by avoiding contacts with women, the risks of sexual harassment diminished. That is still the way that things are, said Antoine Pellerin, a Universite Laval law professor and one of the study’s researchers.

“This notion partly explains why things haven’t changed,” said Pellerin, who last year co-published a study examining gender inequalities within Quebec law firms which found there was not a “great need” for change because law firms are doing well. “Gender inequality between men and women in the profession is a fertile breeding ground for sexual violence, and that has not changed. A culture does not change from one day to the next. It does not change because there is more diversity. There is a need to share power. It is necessary to pre-emptively tackle the inequalities that exacerbates harassment.”

There is also need to provide outside assistance such as psychological support or information on possible recourses, according to respondents. They also believe that clear and transparent policies should be adopted to inform them of existing channels and steps to be taken, and to raise awareness over the legal rules, ethical obligations and internal policies. Tellingly, 41 per cent of women and 26 per cent of men said that the Barreau du Québec is not proactive enough in raising awareness about sexual harassment and violence.

“Considering that sexual harassment and violence is a gender-based phenomena, that it is a form of discrimination based on gender, the Barreau should find a way to recognize this discrimination and ensure that people who act in this discriminatory manner face professional conduct consequences,” said Briand.

Pellerin underlines that the Quebec law society as a professional order has enormous powers. It is self-regulating, has the power to adopt code of ethics, and can exclude members from the profession. “With power comes responsibility,” said Pellerin. “The Bar has powers, law firms too as do universities and law faculties. “They have to face the problems and come up with concrete actions. This must not be a report that will be discussed only for a week.”

Briand underscored that ironically many of the measures surveyed by the study to counter sexual harassment are actions that lawyers themselves recommend to clients. “It’s like the proverbial poorly shod shoemaker,” said Briand. “We should apply the advice we give to clients and apply it to ourselves.”