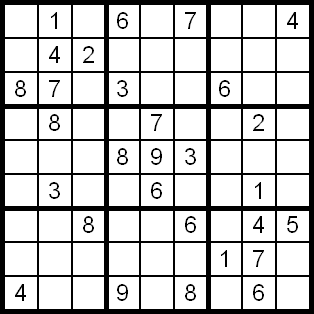 During the Christmas holidays Fernande Aubé, while suffering from the ravages of cancer, kept herself busy playing Sudoku as she lay in a hospital bed in Hull, Quebec. The former teacher also lined several of the pages of the puzzle book with her last will and testament, with instructions that had changed the notarized will she had signed in 1991.

“Please accept my apologies with all the paperwork I have left you,” wrote Aubé, who gave the document to a nurse with instructions to pass it on to Aubé’s daughter Gina before she passed away on Christmas Eve in 2007. “I have been thinking of doing it for months but destiny was quicker than me.”

The children were not so forgiving. Her two daughters launched a suit against their brother, seeking to confirm the legitimacy of the Sudoku will. The notarized will favoured Aube’s son Dany, leaving him with the rights, titles and interests of her registered retirement plans and pension plans, and fifty percent of the remaining estate, with the rest split up between her two daughters. The Sudoku will, however, evenly split up her estate, and left instructions on what to do about her house and bills, and noted that her van needed some work on its brakes.

Quebec Superior Court Justice Martin Bédard ruled in Aubé (Succession d’), 2009 QCCS 568, that there was no reason to question Aube’s mental health as she expressed her final wishes in an organized, detailed manner.

Informed by Kaouk (Succession de) c. Kaouk, Judge Bédard held that the Sudoku will fulfilled all three conditions that need to be fulfilled in order for a holograph will to be deemed as legitimate as per s.714 of the Quebec Civil Code. That is, a holograph will or a will made in the presence of witnesses that does not meet all the requirements of that form is valid nevertheless if it meets the essential requirements thereof and if it unquestionably and unequivocally contains the last wishes of the deceased.

Aubé’s last directive was telling: “Love each other. Don’t be bitter. I love you still very much.”