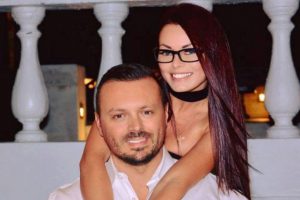 Dominic Lacroix, a Quebec City businessman believed by Quebec’s financial watchdog and the U.S. Securities and Exchange Commission to be behind PlexCorps, a controversial cryptocurrency start-up accused of fraudulently selling up to $15 million of tokens, was sentenced to two-month jail term and fined $10,000 for contempt of court.

“The defendants fully understood the orders but intentionally and voluntarily disrgarded them,” said Quebec Superior Court Justice Marc Lesage in a 15-page ruling dated December 8th. “The Court finds that this is a case of exteme case of contempt and bad faith by the defendants.”

Lacroix and his company DL Innov inc. were found guilty in mid-October by Justice Lesage of failing to respect broad ex parte orders issued by the Quebec Financial Markets Administrative Tribunal on July 20th that forbade them from “engaging in activities for the purpose of directly or indirectly trading in any form of investment” covered by section 1 of the Quebec Securities Act, either in Quebec or from Quebec to outside of the province. DL Innov inc. was fined $100,000 for the same offense. Both Lacroix and DL Innov have three months to pay the fine.

Search warrants conducted by the Quebec’s financial regulator, the Autorité des marchés financiers (AMF), at Lacroix’s home and the offices of DL Innov inc. uncovered exchanges Lacroix had with one of DL Innov’s employees between July 25th and July 28, 2017. According to Justice Lesage, it revealed the “cavalier” attitude they had towards the court orders and “their intention not to follow them.” Among other things, they said:

On December 1, the U.S. Securities and Exchange Commission filed charges against Lacroix, a “recidivist” Quebec securities law violator, his partner Sabrina Paradis-Royer and his company PlexCorps. The SEC’s complaint charges Lacroix, Paradis-Royer and PlexCorps with violating anti-fraud provisions, and Lacroix and PlexCorps with violating the registration provision, of U.S. federal securities laws. The complaint seeks permanent injunctions, disgorgement plus interest and penalties.

The SEC also obtained an emergency asset freeze against PlexCoin, a controversial “fast-moving” and “purported” initial coin offering (ICO) that has raised up to $15 million from thousands of investors since August 2017.