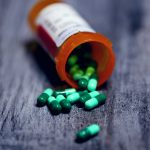 An elderly single woman spearheaded a significant advancement for the rights of people who are ordered to be hospitalized after the Quebec Court of Appeal considerably broadened the obligations of the courts and healthcare institutions to appoint in most cases an ex officio lawyer to safeguard their rights and interests.

The decision, hailed by mental health legal experts as a step in the right direction, all but compels trial judges to appoint ex officio lawyers to represent the interests of individuals deemed to be “incapable” by the court, underlines that hospitals must ensure that such individuals have the opportunity to obtain counsel, and emphasizes that incapable people too have rights that must be respected, according to mental health legal experts.

“The Court of Appeal calls on the courts of first instance to take these matters seriously and to give due weight to judicial debates, as it should, with the contribution of lawyers in most cases,” noted Emmanuelle Bernheim, University of Ottawa law professor and Canada Research Chair in Mental Health and Access to Justice. “The Appeal Court also stresses that the rights (of incapable individuals) are important and they must be debated, and the role of the court is not just to endorse measures taken by others who are doctors. It doesn’t matter how unfit people are. Unfitness does not mean that you can intervene and infringe on someone’s right to integrity and freedom, and that deserves a judicial debate.”

END_OF_DOCUMENT_TOKEN_TO_BE_REPLACED 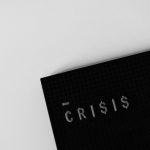 More than 40 per cent of Quebec lawyers suffer from psychological distress, with young lawyers with less than 10 years of experience more prone to experiencing mental health issues, according to a study by researchers at the Université de Sherbrooke.

END_OF_DOCUMENT_TOKEN_TO_BE_REPLACED

More troubling is that law students are afraid of seeking help because they fear that it may jeopardize their chances of being admitted to the bar or getting a good job. Law students, “socialized into a competitive environment in which showing any vulnerability is discouraged,” are also afraid of the social stigma that may be associated with seeking help, according to the study.

“For a self-regulating profession, these data should be very worrisome,” warned the study entitled “Helping law students get the help they need.” “We need to do something, and we need to get started now.”

The study, conducted by a law professor, a dean of law students, and the programming director of a non-profit focused on lawyers’ mental health, surveyed more than 3,300 law students from 15 American law schools about their drinking, drug use, and mental health. Twenty-two per cent of law students reported binge drinking two or more times in the previous weeks, and almost a quarter showed signs that they should go undergo further testing for alcoholism.

More than a quarter of law students reported that they had received at least one diagnosis of depression, anxiety, eating disorders, psychosis, personality disorder and/or substance use.

That’s because a staggering 63 per cent of students thought that seeking help was a potential threat to getting admitted to the bar, 62 per cent felt getting assistance was a potential threat to job or academic status, and 43 per cent were concerned about privacy and social stigma. Just as discouraging, 39 per cent of law students felt they could handle the problem themselves, while more than a third stated they simply don’t have the time.

Existing research suggests that a significant number of lawyers who face discipline have an underlying addiction or mental health issue that could affect their ability to fulfil their responsibilities to clients.

That’s where the culture of law comes into play. Many law students – even before getting to law school – get advice from advisors or from lawyers they consulted to “think carefully” about disclosing information and to be “wary” of how disclosure might be perceived by law schools or by state boards of law examiners. “Character and fitness” questions on law school applications or by state bars appear to be counterproductive and may discourage students from seeking help, suggests the study.

“While in law school, students are getting messages indicating that seeking help may be problematic for their professional careers,” noted the study. “The competitive nature of law school reinforces a message that students are better off not seeking help and instead trying to handle problems on their own.”

In the works for the past two years, the Montreal Municipal Court became the latest jurisdiction in Canada to launch a mental health court even though a coalition of local community organizations sought a moratorium and a study to examine the effectiveness of specialized courts for mentally ill people.

Modelled after the Toronto Mental Health Court, the three-year pilot project has put in place a multidisciplinary team to deal with mentally ill people charged with minor criminal offenses. Based on a therapeutic model of criminal justice that seeks to provide a dignified and compassionate approach to dealing with accused persons afflicted with mental illness or developmental disabilities, the Court sits five days a week during the afternoons.