END_OF_DOCUMENT_TOKEN_TO_BE_REPLACED

The series of revelations over the past year that sparked a seismic shift in public awareness of sexual misconduct by powerful men has also cast a harsh spotlight on workplace sexual harassment. Emboldened by the groundbreaking #MeToo and #TimesUp movements, growing numbers of women are speaking out — and that’s making organizations skittish, more so because they are under growing pressure to take a zero-tolerance approach to unacceptable comportment in the workplace.

Yet workplace sexual harassment is hardly a new issue. It has been on the legal radar since at least 1989 when the Supreme Court of Canada held in the landmark case of Janzen v. Platy Enterprises that sexual harassment is a form of sex discrimination and violates human rights legislation. Fifteen years later, Quebec became the first jurisdiction in North America to ban non-discriminatory workplace harassment, a move followed by Ontario in 2009, and in the ensuing years other provinces followed suit.

END_OF_DOCUMENT_TOKEN_TO_BE_REPLACED 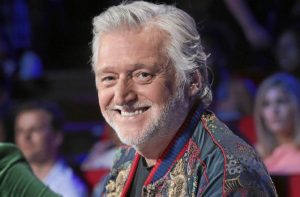 In a 36-page ruling, Quebec Superior Justice Donald Bisson highlighted that class actions have “shown their value” in sexual assault cases because they have allowed “hundreds of victims” access to justice.

“If the plaintiff was not authorized to file the current class action, it is highly likely that many victims would be deprived of their ability to exercise their rights,” said Justice Bisson in Les Courageuses c. Rochon 2018 QCCS 2089. A class action “like this one allows all victims to understand that they are not alone, that the assaults are not their fault and that if they have the courage to come forward to denounce the sexual abuse committed against them, they will make the versions of the other victims more likely.”

Gilbert Rozon, also the subject of a criminal investigation, has denied the allegations. He unsuccessfully argued that “the fact of being charming while using his power was not in itself a fault,” that it was necessary to question “the consent of the alleged victims which happens in their heads and for which Rozon is not responsible,” and that the class representative — Patricia Tuslane, the only one to publicly come forward – did not offer material evidence to buttress her allegations.

The class action is seeking up to $400,000 in moral damages for each individual complainant, and a total of $10 million for the group in punitive damages.