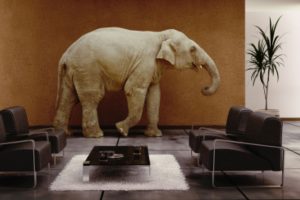 Kenneth Jull has done them. So has Paul Klasios and Philippe Dufort-Langlois. All are or were at one time in-house counsel who have conducted internal investigations, an unpleasant exercise described by a lawyer as being a bit of a dark art that presents unique challenges. Nearly every general counsel too will sooner or later face the need to conduct an internal investigation into events at an organization. At a time of greater scrutiny by regulators, stakeholders and the general public, organizations of all sizes and across all sectors are dealing with growing calls demanding greater disclosure and transparency.

END_OF_DOCUMENT_TOKEN_TO_BE_REPLACED

The series of revelations over the past year that sparked a seismic shift in public awareness of sexual misconduct by powerful men has also cast a harsh spotlight on workplace sexual harassment. Emboldened by the groundbreaking #MeToo and #TimesUp movements, growing numbers of women are speaking out — and that’s making organizations skittish, more so because they are under growing pressure to take a zero-tolerance approach to unacceptable comportment in the workplace.

Yet workplace sexual harassment is hardly a new issue. It has been on the legal radar since at least 1989 when the Supreme Court of Canada held in the landmark case of Janzen v. Platy Enterprises that sexual harassment is a form of sex discrimination and violates human rights legislation. Fifteen years later, Quebec became the first jurisdiction in North America to ban non-discriminatory workplace harassment, a move followed by Ontario in 2009, and in the ensuing years other provinces followed suit.

END_OF_DOCUMENT_TOKEN_TO_BE_REPLACED

A controversial lower-court ruling that ordered a Montreal lawyer to pay moral damages to a college teacher for pain and suffering after an investigation she had headed into psychological harassment complaints breached the duty of procedural fairness was overturned by the Quebec Court of Appeal in a precedent-setting ruling that provides guidance on workplace investigations.

In a closely-watched ruling by the business and legal community, the Quebec Court of Appeal held that workplace investigations are “intrinsically linked to an employer’s exercise of power in matters of management and discipline,” and therefore do not have to abide by the same procedural fairness standards applied in administrative law.