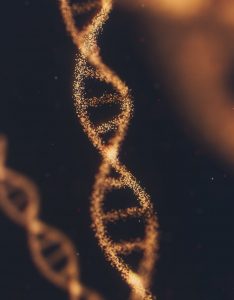 A Montreal teen found who plead guilty of to cyber theft discovered the long reach of section 487.05 of the Criminal Code.

The list of DNA designated offences is long and impressive, ranging from murder to sexual offences against children to using explosives, and its constitutionality has been confirmed. The Supreme Court of Canada in R. v. Rodgers, 2006 SCC 15 found that the collection of DNA samples for data bank purposes was reasonable as these samples may only be used in order to create profiles in the DNA data bank.

Unlike investigative DNA warrants, authorizations under the data bank provisions do not target suspected offenders nor particular offences nor do they gather evidence for use in specific prosecutions.

The resulting impact on the physical integrity of the targeted offenders is minimal. Furthermore, in restricting the use of DNA sampling for data bank purposes to an identification tool only, Parliament has adequately answered any heightened concern about the potentially powerful impact that DNA sampling has on the informational privacy interests of the individual.

According to the RCMP, the National DNA Data Bank maintains a collection of more than half a million DNA profiles. Every year, the NDDB processes approximately 40,000 convicted offender submissions, and in 2019-20 it received 19,465 convicted samples.

Samy Bensaci is the latest one.

In May the teenager pleaded guilty to 10 counts of computer-related fraud over a $50-million cryptocurrency scam. He used a common hacking technique, SIM swapping, to take complete control of his victims’ phone lines remotely. He was sentenced by Ontario Court of Justice Judge Susan Chapman to 18-months of house arrest for “serious, sophisticated and prolonged” crimes, according to a report by La Presse. (The decision has unfortunately not yet been published).

Bensaci was also ordered by Judge Chapman to provide a DNA sample.

“You have committed crimes of deception. We need to monitor you. Keeping a record of your DNA in the bank is one way to do that.

If Senator Claude Carignan had his way, there would be many more criminals who would have to submit a DNA sample to the data bank. Under Bill C-236, sponsored by Carignan, DNA would automatically be collected from all adult or adolescent offenders convicted of offences where the maximum sentence is five years or more. Every person convicted of a violent or sexual offence, without exception, would have to submit their DNA to the data bank.

The bill also “considerably increases” the number of criminal offences for which a judge can issue a warrant for a DNA sample from a suspect or accused person. During the second reading of Bill C-236, Carignan said:

“I think this is an essential measure because DNA identification is a very reliable form of evidence for incriminating or exonerating an alleged offender. It is much more reliable than eyewitness identification evidence, which has led to many well-documented wrongful convictions.”

The bill would also open the door wide open to familial searching, something that Canada has steadfastly refused to consider, unlike the United Kingdom or the United States. Familial searching involves the use of a DNA investigative technique to identify a suspect by comparing the DNA they leave at a crime scene to the DNA of a biological relative who had to provide their DNA to a bank following a conviction.

This is what had Patricia Kosseim, now Ontario’s privacy watchdog, had to say about familial searches in 2015 when she was the senior general counsel with the federal privacy regulator:

“While it may be tempting to allow the ends of familial searching to justify the means, particularly in high-profile criminal investigations, Cromwell J. reminded us wisely that “the nature of the privacy interest does not depend on whether privacy shelters legal or illegal activity”.

Familial searches are difficult to fit within the conventional Charter analysis. The suspect’s DNA does not attract a reasonable expectation of privacy as the sample is deemed abandoned at the scene of a crime. It is unclear, however, whether a similar conclusion is warranted with respect to DNA linking a suspect to his or her relatives. It is also possible that the suspect will not have standing to challenge familial searches as the search is directed at the relatives of the suspect.

In my view, these barriers ought not prevent constitutional limitations from being placed on familial searches. The Court’s broad understanding of informational privacy under section 8 of the Charter has created room to find that the initial search infringes upon an accused person’s reasonable expectation of privacy, thus requiring some regulation to pass constitutional muster.

The notion of privacy is evolving, rapidly. Quebec enacted recently what has been described as the most consumer-friendly privacy legislation in the country, by giving individuals much greater control over their privacy, something other provinces are considering.

The shift by Quebec, and possibly other Canadian jurisdictions, towards a stringent European-inspired privacy regime prompted much debate among legal circles.

It’s curious that a legislative effort to collect more DNA from a broader range of Canadians, including suspects or the accused, has been marked by relative silence.