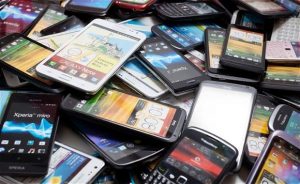 Telecommunication giants Bell Mobility and Rogers Communications must pay millions of dollars to clients who paid excessive cancellation fees after the Supreme Court of Canada refused to hear their appeals.

It was standard practice, and still is, for telecom companies to offer clients who signed one-to-three year contracts a discount on the purchase of the mobile phones. If clients broke their contracts before the contract expired, they had to pay an amount stipulated in the “cancellation fees” clause contained in the contract. The average discount granted by Bell was $236 compared to $95.79 by Rogers, according to evidence from the cases.

Cancellation fees, it turns out, are also a healthy cash cow. Rogers recouped nearly $70 million in cancellation fees from consumers and more than $4 million from small and medium-sized business between 2007 and 2013. Bell generated $21.3 million from class members.

But that was about to change as irate customers launched two separate class actions against Bell and Rogers.

On January 2009, Mario Brière signed a 36-month new contract with Rogers, and in return obtained a $50 discount on a new mobile phone. He paid $250 for the phone, while Rogers had paid $300. In addition to the $50 discount on the device, Brière received a $50 credit on his bill. But on November 2013, with 13 months left on the 36-month contract, Brière terminated his contract, and Rogers invoiced him $200 in early cancellation fees.

Brière, who argued that the early cancellation fees were excessive, was “authorized” or certified to bring a class action in 2012. He sought full reimbursement of the $200 paid in cancellation fees and punitive damages.

Rogers, like Bell, argued that the inclusion of the early cancellation fee meant that the customer “implicitly” waved his right to early resiliation under article 2125 of the Civil Code. Article 2125 recognized that a client has the right to “unilaterally resiliate” a service contract.

“This provision is not one of public order and the parties may derogate from it,” held Quebec appeal court Justice Dominique Bélanger, reasons that Justice Nicholas Kasirer agreed with. Justice Paul Vézina offered a slightly different take on both cases. “Any waiver of the right to unilaterally resiliated a service contract, however, must be clear and unequivocal,” added Justice Bélanger in Rogers Communications, s.e.n.c. c. Brière, 2016 QCCA 1497.

Heeding guidance from a prior Quebec appeal court decision in Centre régional de récupération C.S. Inc. v. Service d’enlèvement de rebuts Laidlaw (Canada) Ltée. 1996 CanLII 6498, Justice Bélanger noted that the choice to enter into a fixed-term contract does not represent a clear waiver of the right to cancel it. And the fact that customers do not waive their right to resiliate the contract does not necessarily mean that article 2129 C.C.Q. applies. Under article 2129, upon resiliation of the contract, the client is bound to pay to the contractor or the provider of services, in proportion to the agreed price, the actual costs and expenses, the value of the work performed before the end of the contract or before the notice of resiliation and, as the case may be, the value of the property supplied, where it can be put into his hands and used by him.

“However, the fact that they agree in advance on an indemnity due in the event of resiliation does not mean that it can be assumed that the customer has waived the right to unilaterally resiliate the contract,” underlined Justice Bélanger. “Rogers’ argument that any derogation from the regime of indemnification under article 2129 C.C.Q. necessarily entails a waiver of the right to unilateral resiliation under article 2125 C.C.Q. cannot be retained. Each of these provisions must be considered separately.”

Rogers then argued that the trial judge erred in the determination of the “actual injury” it suffered pursuant to article 2129 by limiting it only to the discount received by class members when it should have been entitled to all of its actual costs and expenses.

Early cancellation fees, the appeal court notes, were “designed,” at least in part as a way to compensate for loss of future income. But future profits cannot be included in the assessment of injuries when customers retain the right to unilaterally cancel or resiliate a contract, noted the appeal court.

The appeal court not surprisingly then upheld the lower court’s finding that the early cancellation clause was “excessive,” within the meaning of article 1437 of the Civil Code.

The abusive or excessive nature of an agreement is assessed in light of the respective obligations of the parties and the circumstances of the case, said the appeal court referring to Service aux marchands détaillants ltée (Household Finance) v. Option consommateurs, 2006 QCCA 1319.. The balance between the parties and the disproportionate nature of the agreement must be evaluated by the judge, as highlighted by Beaulne v. Valeurs mobilières Desjardins inc., 2013 QCCA 1082.

“Ultimately, the (trial) judge determined that the class consisted of 166,725 persons. The vast majority of these persons are consumers who did business with Rogers and unilaterally resiliated their contract for telephone services, as was their right,” said Justice Bélanger. “These members should not have to pay amounts that are actually intended to compensate Rogers for the loss of future income, even in part. The only benefit given to the class members was the discount granted when they signed their contract.”

The appeal court concluded that the resiliation fees that exceed the amount of the actual injury Rogers suffered due to early resiliation are “abusive and the clause should be reduced.”

In some ways, now comes the hard part: identifying customers entitled to payments, David Bourgoin, told Canadian Press. “The challenge is to reach them and minimize the steps that they will need to take to obtain the amounts,” said Bourgoin, the class action lawyer who successfully plead the cases.