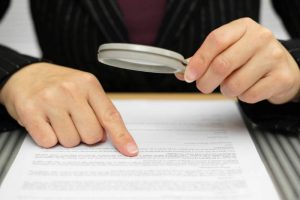 Former employees of an asset management firm who claimed that they were unfairly bought out just before the company was sold lost a legal battle after the Quebec Court of Appeal held that the duty to act in good faith does not mean that a party to a contract must impoverish itself to enrich the other.

In a ruling that will likely reverse a growing trend by the courts to broadly interpret the notion of good faith, the Quebec appeal court reaffirms that the terms of a contract determines the rights of parties and that it almost always trumps the duty to act in good faith, a finding that will reassure corporate lawyers and the business world alike, according to securities lawyers.

“This is a reassuring ruling because it clearly states that contracts will determine the rights of parties,” remarked Yves Robillard, a Montreal commercial litigator with Miller Thomson LLP. “That makes things much more predictable than facing situations where it would be good faith or reasonable expectations that would determine the rights of parties. Good faith arguments create uncertainty because you never know what the court will decide. This ruling will allow lawyers to better advise our clients.”

Former employees of Natcan Investment Management Inc., the National Bank of Canada’s Quebec-based asset management arm, were granted minority shares as part of an employee bonus program. In 2012, the National Bank decided to sell Natcan to Montreal-based Fiera Sceptre Inc. for $309 million and a stake in the asset manager. Natcan, also based in Montreal, had more than 45 employees and $25 billion of assets under management at the time of the sale.

The former employees, including executives such as Michael Quigley who was Natcan’s senior vice-president of distribution, alleged in a lawsuit that they were forced to redeem their shares at book value at a time when the majority shareholder was preparing to sell the company’s assets at market value, which was substantially higher.

The Quebec appeal court held that the National Bank did not act in an oppressive manner through the forced redemption of the employee’s shares at book value. In fact, the employees received everything they were entitled to under the shareholders’ agreement, and under the terms of the agreement they had no “reasonable expectation” to a share of the market value of the company’s assets, added Quebec Court of Appeal Justice Marie St-Pierre in Quigley c. Placements Banque Nationale Inc. 2018 QCCA 27.

Justice St-Pierre added that the action they brought under ss. 450 to 453 of the Quebec Business Corporations Act and good faith provisions under the Civil Code of Quebec is “not intended to counteract the terms of a contractual agreement” to which they gave their free and informed consent.

“This is an important ruling because it reiterates that the fundamental element that must be taken into consideration in all actions between shareholders is the legitimate expectation of shareholders,” said Mason Poplaw, a Montreal corporate commercial litigator with McCarthy Tétrault LLP who successfully plead the case.

The appeal court also seems to provide clearer guidelines over the notion of good faith than it did in its ruling in Churchill Falls (Labrador) Corporation Limited v. Hydro-Québec 2016 QCCA 1229, which is now before the Supreme Court of Canada, according to Robillard. In the Churchill Falls ruling, a panel of five judges held that the duty to act in good faith or the principle of fairness cannot compel a party to renegotiate a clause that had been “duly negotiated” by the parties. The appellate court added that the the duty to act in good faith does not oblige a party to put the interests of the other contracting party first. However they did not entirely shut down the door. The appellate court found that a court does have the “ability” to sanction a party when it profits from a situation to take undue advantage.

“The Churchill Falls ruling is more or less clear over the reach of good faith,” noted Robillard. “This one is much more precise, and it’s important that they clarified it because I have the strong impression that lawyers and courts of first instance do not grasp this notion in the same manner. That is, there is often confusion between the duty to act in good faith and the moral notion that something must be fair. One can act in good faith even though it may lead to an unfair result.”

The ruling is also significant because it dismissed arguments that relied on the doctrine of unforeseeability, said Poplaw. Recognized as a function of good faith in countries like Germany, Switzerland and most recently in France, the doctrine of unforeseeability empowers a judge to revise or terminate a contract whenever an unforeseen event or change of circumstances renders the performance of the contract excessively onerous for a party or gives rise to drastic financial consequences such as bankruptcy. In this case, Natcan’s former employees argued that it was not foreseen that the forced redemption of shares could take place if the business was put up for sale. The appeal court dismissed the argument.