In yet another forceful reminder that injuries connected to a motor vehicle are covered by the Quebec Automobile Insurance Act, the Quebec appeal court reaffirmed that a “large and liberal interpretation” must be given by the courts when interpreting what is considered to be an automobile accident and the causal link required between the accident and the damage suffered by the victim.

But the two rulings, Gargantiel v. Quebec (Procureure générale) 2015 QCCA 224 and Pagé v. Godbout 2015 QCCA 225, not only blocks victims from being adequately compensated but also shields third party interveners such as doctors and police from being held civilly liable for faults they may have committed after the accident, assert medical malpractice experts.

“These rulings set a terrible precedent, if that is the state of the law,” said Montreal lawyer Leonard Kliger. “In any case where there is an automobile accident, even if third parties cause a major portion of the subsequent damages, there is no recourse to the victim.” 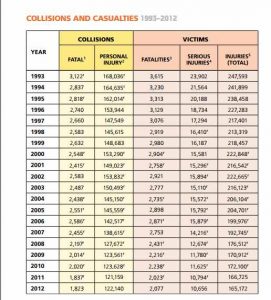 In the first case, Gilles Gargantiel sued the Attorney General of Quebec, alleging that he suffered damages due to a fault committed by provincial police officers who — through negligence, carelessness or recklessness — failed to locate him and provide assistance when he was a victim of an off-road accident in western Quebec. His car was equipped with an OnStar system, an in-vehicle security, communications, and diagnostics system that is configured with a Global Positioning System (GPS), and it sent an automatic alert when the airbags of the vehicle were deployed. An OnStar operator also notified the Sûreté du Québec provincial police force, and provided precise GPS co-ordinates of the location of the accident. Evidence revealed that in the two hours following the accident, the SQ agents did a cursory search and never found Gargantiel or his vehicle. He was found approximately two days after the accident, in a semi-conscious state, on October 2009 by a railway worker doing a routine inspection of the tracks.

Gargantiel argued that the delay arising from this fault caused the amputation of his right foot below the knee and the resulting permanent physical and psychological disabilities. He argued that the theory of novus actus interveniens should apply in this case because the provincial police officers had committed new acts of negligence that broke the causal link between the damages he suffered as a direct result of his automobile accident and those damages that were caused as a direct result of the faults by the police.

But in a 21-page ruling the three-judge Court of Appeal panel held that Gargantiel “may argue” that the conduct of the provincial police officers probably deprived him of the chance to reduce the magnitude of his injury, but he could not maintain that the frostbite and amputation had nothing to do with the accident or the use of the automobile. In the absence of a complete break between the accident and the damage, the appeal court held that at most it was a “contributory fault.” “The amputation and its consequences constitute bodily injury sustained in an accident within the meaning of the Automobile Insurance Act and give rise to the compensation the Act provides, which stands in lieu of all rights and remedies,” wrote Quebec Court of Appeal Justice Marie St- Pierre.

“In the decisions the court says there has to be an absolute complete break in the link to the point where there is no more relationship essentially between the initial accident and the ultimate damage sustained,” said Andrew Kliger, who along with Leonard Kliger, represented Gargantiel. “That is our biggest point of contention because we don’t think in practice it is actually practical and it leads to absurd conclusions. Our position is that if there is a new act of negligence that is the true cause of the damage or aggravation of the damage – in this case the amputation of Gargantiel’s foot – then the party responsible should be held liable. How are they left off the hook, especially when they cause new injuries that otherwise wouldn’t have happened?”

In the other case, the court of first instance concluded that doctors had committed medical malpractice during the hospitalization following the car accident and thus caused a separate injury. But the appeal court overturned the ruling and held that “because the Act is based on the no-fault cardinal rule,” it cannot be “adapted” to situations involving aggravated damages, contributory fault, or apportionment of liability. By enacting this statute, the legislature chose to set aside the general civil liability scheme in favour of the quick compensation of car accident victims, without regard to fault. “Concluding otherwise would lead to the weakening of the protection offered by the Act to automobile victims, who the legislator wanted to rapidly compensate, irrespective of fault, and stave off long and expensive court proceedings over responsibility,” said Justice St- Pierre in the 22 page ruling in Godbout.

The appeal court added that it is a fallacy to believe that third-party interveners are exonerated from any faults in such situations. Professionals such as doctors can still face criminal charges as well as sanctions from their professional corporations. 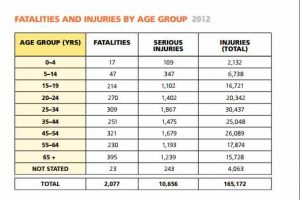 The appeal court likely did not want to open a Pandora’s box, and chose the lesser of two evils, observed Janick Perreault, Advocatus Emeritus, a Montreal lawyer who is an expert in the Act. “While there was already immunity regarding automobile accidents in Quebec because of the no-fault regime, these rulings slightly stretch it out even more because it provides immunity to people who did not their job properly,” said Perreault. On the other hand, it can also be viewed as a “victory” for victims of automobile accidents because if the court had opened the door to civil litigation then there would the risk that the Société de l’assurance automobile du Québec (the Quebec crown corporation that provides public auto insurance) would have refused to compensate victims for injuries sustained in car accidents until fault was determined by the courts, added Perreault.

Far from “harming” automobile victims or depriving them of the “lottery of common law,” these decisions ensure that the Société de l’assurance automobile du Québec will not be allowed to begin to distinguish between personal injuries it will compensate and others that it feels the victim should hold civilly responsible, said Daniel Gardner, a law professor at the Université de Laval whose analysis of the Act was cited by the appeal court. He noted that Article 5 of the Act states that compensation is granted by the Société de l’assurance automobile du Québec regardless of who is at fault, and that article 83.57 declares that compensation stands in lieu of all rights and remedies by reason of bodily injury and no action in that respect shall be admitted before any court of justice. “It’s clear, isn’t it,” Gardner wrote in an email. “It takes lawyers not to understand.”

But Jean-Pierre Ménard, a Montreal malpractice lawyer who represented Godbout, says the appeal court ruling goes “far beyond” the legislator’s intention. “The legislator certainly did not intend to grant immunity to other people besides drivers or owners of vehicles,” said Ménard. “One of the practical effects of these rulings is that it will provide immunity to doctors who treat automobile accident victims. It removes any recourse that victims may have due to medical errors. That goes too far.”

The Gargantiel ruling also controversially ruled that victims who receive compensation from the Société de l’assurance automobile du Québec because of a bodily injury sustained in an accident constitutes a bar to any other remedy.

“A renunciation must be expressed,” argued Kliger. “Our client was never advised that by accepting these indemnity payments that he was giving up any civil recourse. He never gave an enlightened consent as you would have in have in malpractice law. He received no legal advice. To say that because he received the payments that he gave up his civil rights, we find that to be an injustice and a legal absurdity.”

Both Kliger and Ménard are seriously considering filing a leave to appeal before the Supreme Court of Canada.