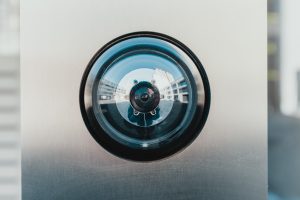 In a remarkable lapse, the chair of Quebec’s disciplinary council of presidents gave approval on April 3rd to use the controversial popular video conferencing application Zoom in disciplinary hearings beginning in May.

Zoom, founded in 2011, has experienced explosive growth over the past couple of months, from 10 million to 200 million daily users. The onset of the Covid-19 pandemic has made it even more popular, understandably so. It’s free, and very easy to use, even for technophobes. A videoconference with colleagues, friends or family is just a click away. On top of that, it boasted of being end-to-end encrypted.

But the app has faced heavy criticism. Its privacy policy has been castigated for its intrusive data collection practices. Its security has been chastised for allowing so-called “zoom bombing” that allows uninvited guests to crash meetings and chats, with some nefarious users going so far as to publish it online. Security researchers have reported security vulnerabilities, not least of which is that some calls were routed through China. And its end-to-end encryption was a crow.

Over the past week, Zoom Video Communications Inc. has since revised its privacy policy to be clearer and more transparent. It admitted it “mistakenly” allowed the calls to flow through its two Chinese data centres since last February as part of its efforts to cope with increased traffic, something that was ostensibly rectified through an update. And it supposedly is working hard to plug some of its security flaws that have come to light recently.

Yet even though the alarms over the use of Zoom were cascading, Marie-Josée Corriveau, the chair of Quebec’s disciplinary council of presidents, issued a communiqué on April 3rd that invited parties to use either the robust videoconferencing Microsoft Teams or Zoom. These two videoconferencing apps could be used by parties who consent to hearings on the guilt or sanction with joint recommendations, on the guilt or sanction with limited debate on the sanction or on the sanction itself.

Notaries too were under the gun to find a solution to provide legal services to clients. But they took a different tack. They chose security over convenience.

The Chambre des notaires du Québec has been given the authorization by the provincial government to sign notarized documents remotely for the duration of the Quebec public emergency decree. But it implemented strict security protocols to prevent fraud, identity theft, possible undue influence or even uninformed consent. And there are technological requirements notaries must have in order to proceed remotely, one of which is that notaries can only use Microsoft Teams.

The strict security guidelines have been welcomed by notaries even though they readily admit it hampers public accessibility. “Under the current situation, the security measures restricts a lot of users who are incapable of dealing with the technology,” said Isabelle Couturier, president of the Quebec Professional Association of Notaries.

Even the head of the Chambre des notaires, François Bibeau, concedes it’s not an even solution to use. “We warned notaries that it takes time to have a sound footing,” said Bibeau. “They must conduct tests. They must ask questions.”

It’s not too late for the Quebec disciplinary council of presidents to review its decision to allow the use of Zoom. Too much is at stake while the videoconferencing firm is working out its kinks. Convenience should not override security, particularly in matters dealing with protection of the public.

Only the video conferencing application Microsoft Teams can now be used, said Marie-Josée Corriveau, the head of the disciplinary council of presidents. Here is the communiqué.