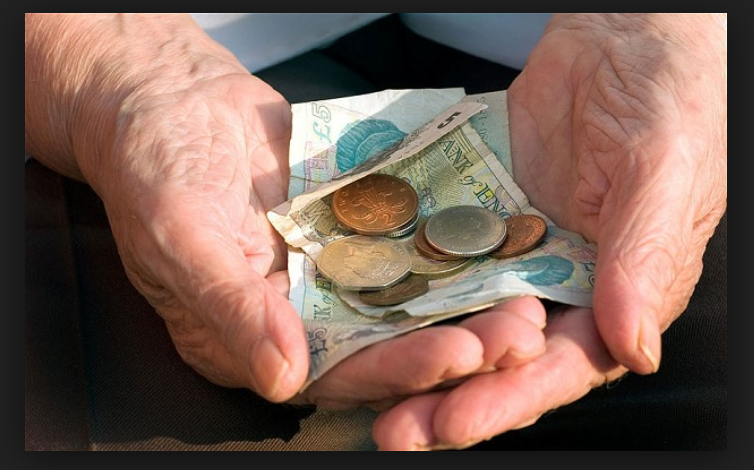 Carleton University won the right to reclaim nearly $500,000 in pension benefits made to a former political science professor who was missing for years before his remains were found in the woods near his Quebec home after the Quebec Court of Appeal held that the pension plan plainly states that the benefits ceased when the beneficiary died.

The ruling, which essentially upheld a lower court ruling but not for the same reasons, appears to have broadened the scope of several Civil Code of Quebec provisions by applying a “generous and liberal interpretation” to unjust enrichment and the legal presumption surrounding absentees, according to legal experts.

“The decision has broadened the understanding of how payments of undue amounts works,” noted Montreal pension lawyer Tina Hobday of Langlois Lawyers LLP.

George Rosme was 77 years old and suffering from early-stage Alzheimer’s disease when he went missing from his farm north of Gatineau in September 2007; an extended air and ground search failed to locate him.

Rosme, who was receiving pension benefits of about $6,000 per month from Carleton University, elected to receive a “life only” pension when he retired in 1996. Under that option, he received increased monthly pension benefits for his remaining lifetime but it required him to waive his rights to any benefits that might otherwise be payable to his beneficiaries, estate or heirs.

The university did not know Rosme was missing until a local newspaper article about the case appeared in January 2009. Two months later, the university’s pension manager wrote to Rosme’s universal legatee and former de facto spouse, Lynne Threlfall, informing her that the university was going to stop paying his monthly pension payments because “there are reasonable grounds to believe Professor Rosme passed away in September 2007.”  The university also sought the return of $70,000 in overpayment.

But on July 2013 a dog discovered Rosme’s remains in dense woods near his home. The coroner, who  recorded the death as taking place sometime in 2007, said there were no signs of foul play or suicide and that it was likely natural or accidental. The Quebec Registrar of Civil Status certified the act of death as having occurred on the day that he disappeared.

Carleton University then launched a $497,000 lawsuit against Threlfall personally as well as in her capacity as liquidator of the estate and as tutor to the absentee. In a brief ruling Quebec Superior Court Justice Martin Bédard ordered Threlfall to reimburse the university the pension benefits paid to Rosme, with legal interest. The trial judge held that the payments should have ended when Rosme died and not when he was found in 2013.

Threlfall appealed, arguing that the trial judge misinterpreted the contractual terms of the pension plan, misconstrued the presumption that Rosme was alive by holding that it was rebutted with retroactive effect, and that the judge could not order restitution because articles 1491 and 1492 of the Civil Code were not met.

In a 31-page ruling, the Quebec Court of Appeal unanimously held that under the pension plan’s “life only” option the university owed a contractual duty to pay Rosme monthly benefits until his death in 2007. Threlfall’s contention that under article 85 of the Civil Code the date of “proof of death” or when the act of death was certified was the relevant date for fixing the end date for entitlement to the pension too was dismissed.

“The presumption is temporary,” held appeal court Justice Nicholas Kasirer in Threlfall c. Carleton University 2017 QCCA 1632. “Not only is the simple presumption limited in time, it is protective in character: it is put in place so that the interests of absentees, and persons connected to them, will be preserved until the certainty as to whether they are dead or alive is lifted. The court may confer a tutorship to the absentee, as in the present case, but the tutor has the limited powers of simple administration of property of another.”

Just as importantly, Justice Kasirer held that while article 85 of the Civil Code does not specify the presumption is rebutted with retroactive effect, this can be inferred from a “consideration of the whole of the treatment of absentees in the Code.” That in turn “strongly suggests to me” that the effects of the rebuttal of the presumption in article 85 should be retroactive to the true date of death, added Justice Kasirer, in reasons that both Justice Jean-François Émond and Catherine La Rosa (Ad Hoc) concurred with.

According to Hobday, that finding is not necessarily a positive one for employers because if they are faced with a similar situation, they will have to keep on paying the pension benefits thanks to the presumption created by article 85 of the Civil Code which states that a missing person is presumed to be alive for a period of seven years unless proof of death is made before then. “Employers will have to keep paying, wait seven years and then the whole thing might be ‘undone’ as Justice Kasirer puts it,” said Hobday. “What is important for the recipient to realize is that in light of this decision you may have to give it (pension benefits) back.”

The appeal court also found that Threlfall had to repay the university even though Threlfall maintained that the trial judge was not entitled to rely on article 1491 and 1492 of the Civil Code to order her to reimburse the university. Under article 1491 three conditions must be met before a person who received a payment must restore it to the person who made it: there must be a payment by the payor to the payee, that payment must be made in the absence of a debt, and the payment must be made by the payor in error or to avoid injury while protesting that he or she owes nothing.

Unlike the trial judge, Justice Kasirer held that the pension payments were not made in error. “While articles 1491 and 1492 C.C.Q. as traditionally interpreted do not readily apply here, I am of the view that the judge made no mistake in ordering restitution of the pension benefits,” said Justice Kasirer. He held that the source of the obligation to return the benefits may be traced beyond article 1491 to the general principles of the civil law relating to the performance of obligations and unjust enrichment. A valid payment, added Justice Kasirer, presupposes an obligation with cause.

“In my view, the requirements of article 1491 C.C.Q. may be adjusted to encompass this variant on the remedy for the receipt of a payment not due,” said Justice Kasirer.

According to Duchesne, that finding may reach beyond contract or pension law. “If the decision is that you can adjust the requirements that are set out in the Civil Code to try to get to some principle in equity, that raises a number of questions about the predictability of how the law is going to be applied and how lawyers can advise their clients,” said Duchesne. “How that is going to be interpreted and how that could possibly be applied is an open question.”

Julien Ranger, a Montreal pension lawyer with Osler, Hoskin & Harcourt LLP, said that an expansive reading of article 1491 of the Civil Code is justified given that this is a clear-cut case of unjust enrichment. “The appeal court decision, correctly in my view, underlines the notion of unjust enrichment,” said Ranger. “The appeal court adopted a more liberal and expansive reading of article 1491 C.C.Q. to meet the objectives behind this article, which is unjust enrichment. If Rosme had passed away in his yard, there would be no legal debate as to whether the estate was entitled to the pension monies.”

Michelle Cumyn, a law professor at the Université Laval Professor who has an expertise in contract law, concurs. “The appeal court’s broad interpretation of 1491 seems entirely justified,” said Cumyn in an email. “When a payment is made without obligation, it must be reimbursed.”

Duchesne said his client is now considering filing leave to appeal before the Supreme Court of Canada.