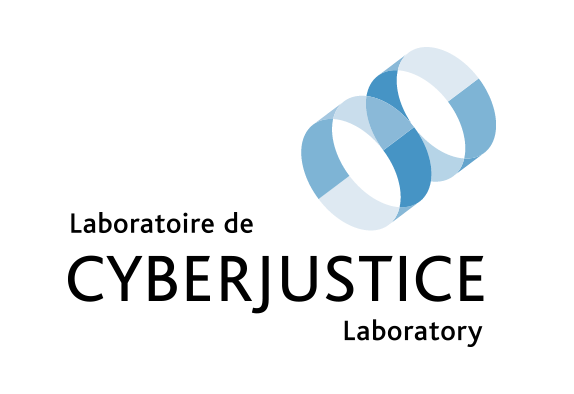 An online dispute resolution pilot project to resolve small claims court cases is scheduled to be launched this fall by the Quebec government thanks to efforts by a university research group that wants to usher the justice system into the digital age.

The alternative dispute resolution open source and interoperable software program is the latest innovative offering developed by the University of Montreal’s Cyberjustice Laboratory, a unique and world-class research organization that strives to put information technology at the service of the judicial system in order to make it more accessible, more efficient and more affordable.

“Access to justice is the driving force behind all of our work,” said law professor Karim Benyekhlef, the head of the Cyberjustice Laboratory, who was involved in the world’s first experiment in online resolution back in the mid-nineties.

The Cyberjustice Laboratory, driven by a multidisciplinary and international team of some 30 researchers, was officially inaugurated three years ago, with $6.2-million seed money from the federal government and a $500,000 donation from McCarthy Tétrault LLP. Besides developing software programs, the Laboratory transformed a former amphitheatre at the University’s law faculty into a virtual court room, with a seating capacity of almost 100, replete with video screens and built-in touch screens for judges and lawyers. Software applications can be tested in simulated situations in the mock courtroom . The Laboratory also has a “portable courtroom” located at McGill University.

The World Bank also came knocking on its door last year and asked it co-lead a so-called a Community of Practice on alternative dispute resolution, with a special focus on computerization, networking and implementation in developing countries. (A Community of Practice is an informal group of practitioners that share knowledge on common development problems while pursuing joint solutions). The Community’s work is expected to lead to the creation of a dozen projects, including the development of software solutions to help deal with the long delays facing the courts in countries such as Brazil, India and Kenya.

Reaching out to the legal community is key, says Benyekhlef. Past attempts to put in place an integrated information technology-guided legal system in Ontario, Quebec, and the U.S. proved to be expensive flops in part because the legal profession, deeply rooted in rituals and traditions, resisted the introduction of technology. But the principal reason why past efforts failed miserably was because there was little consultation held with the legal profession, says Benyekhlef.

“These projects must be legally-driven, and not technologically-driven,” said Benyekhlef. “We do not want to develop software applications in the abstract. They have to be anchored by the needs and practices of legal stakeholders.”

That’s why before software programs are developed, researchers at the Laboratory meet with judges, lawyers, court administrators and representatives of various departments of justice to identify issues related to cyberjustice. Then, once the software program is developed they meet with them again for the design and testing of the program, and any eventual implementation.

Mindful that technological advances may transform court procedures, the Laboratory’s researchers are also examining past and current information technology efforts that have been implemented in legal systems to assess what has worked, what has failed, and why. They are also examining obstacles that may exist in the legal system that may impede the implementation of information technology. As well, researchers are studying whether it is possible to “re-engineer” procedural law through networking.

“We hear all the time that judges, lawyers and the legal profession in general are very conservative,” remarked Vermeys, who is also the co-director of the law faculty’s e-commerce masters’ program. “But when you speak and meet with them, you realize that that is absolutely not the case. There is far less resistance to technological change than is imagined.”

The Cyberjustice Laboratory is now working on a plethora of software applications, including for e-filing and case management, even they already exist in the marketplace. The problem, points out Vermeys, is that they are software applications developed by private enterprises with proprietary code, and so the different applications “do not speak to each other.”

“We don’t want to compete with the private sector,” said Vermeys, who recently met with high-tech giant Cisco Systems Inc. to explore collaborative possibilities. “We want to really work with the stakeholders of the legal profession to analyse and understand their needs and develop applications that will be adapted to their needs. Once that is done, enterprises can then use what we have developed and add different applications to it.”

[…] Autonomy through Cyberjustice Technologies (ACT), the latest brainchild of the Cyberjustice Laboratory, is the largest international multidisciplinary research initiative that seeks to leverage […]