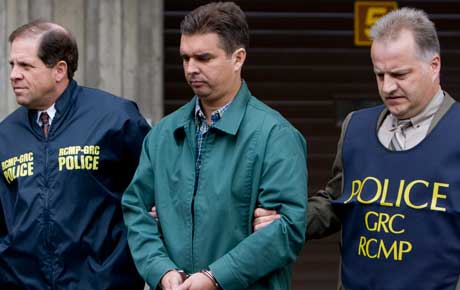 More than 1,500 people will be parading through the corridors of the Palais de Justice in Montreal over the next three days, summoned as potential candidates in the long-awaited criminal proceedings against Vincent Lacroix, the founder of defunct mutual fund company Norbourg Asset Management Inc., who was sentenced to 12 years in a 2007 civil trial after being found guilty of 51 Quebec Securities Act violations for having defrauded 9,200 investors of $115-million between 2000 and 2005.

The 42-year old Quebecer, whose sentence was subsequently reduced to eight-and-a-half years and then to five years less a day last month by the Quebec Court of Appeal, faces nearly 200 criminal charges of fraud, conspiracy to defraud, conspiracy to commit forgery, fabricating documents and money laundering laid by the RCMP following their investigation into Norbourg.

Lacroix filed a motion earlier this summer to have his upcoming fraud trial quashed, arguing that the securities violations of which he was convicted and sentenced to prison overlap with the fraud charges he currently faces and would amount to double jeopardy, which is unconstitutional.

In a 20-page ruling, Quebec Superior Court Justice Richard Wagner dismissed the motion, pointing out that there are differences between securities violations and criminal charges.

In January 2008, Quebec Court Justice Claude Leblond held in a landmark ruling that the 12-year sentence reflected the large numbers of investors who were hurt, Lacroix’s apparent lack of remorse, and the need to send a strong message to white-collar criminals.

“Deterrence should target not only the defendant but also all securities market professionals who are in a relationship of trust with investors,” said Judge Leblond in his 20-page ruling. “It should also target all those who are required to provide the AMF or any of its agents with documents or information. Finally, it must target all those who have documents to be transmitted to the AMF under the act. The public is entitled to expect these professionals to be as rigorous as possible in their duties and obligations under the Securities Act. It is only by making ethics a top priority that they will obtain the trust of the investing public. It is therefore urgent to express society’s condemnation of the defendant’s behaviour.”

Securities regulators across Canada have faced criticism for lax enforcement, but the sentence handed to Lacroix is a step in the right direction, according to Maryse Bertrand, a leading corporate and securities lawyer with Davies Ward Phillips & Vineberg.

“There is a lack of experience with our judges as they haven’t to deal with such issues,” said Bertrand. “And that may explain why the sentences that are handed are relatively weak compared to what is issued in the U.S.”

In August 2009, the Quebec Court of Appeal slashed his original 12-year prison sentence to five years less a day. Lacroix successfully argued before the three appeal-court judges that the 12-years-less-a-day sentence following his December 2007 conviction was unreasonable and excessive under a provincial regulatory body.