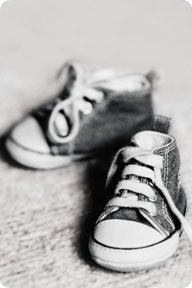 Admonished by the Quebec Court of Appeal for single-mindedly trying to place a child before giving an opportunity to the parents to fulfill their parental responsibilities, youth protection authorities now face a more stringent test before envisioning adoption as a “solution to a difficult situation.”

In overturning a lower court ruling that authorized youth protection authorities to proceed with the placement of a child for adoption, the appeal court also provided guidance to courts of first instances, reminding them that they have a responsibility to question decisions made by youth protection, as is foreseen by the Youth Protection Act (Act).

“The message I hope that will be heard by judges of first instances is that in matters relating to adoption, the appeal court is telling you that you can — and even must — ask questions because parents caught in those situations face a battle akin to David and Goliath,” said Michel Tétrault, a family law expert who teaches at the Université de Sherbrooke. “Parents feel they stand no chance when facing youth protection authorities and their armada of experts. But while judges should be more critical of decision-making by youth protection, this is a culture that must be developed. A lot of judges place a lot of faith in youth protection authorities.”

The father, described by the appeal court as intellectually slow but not handicapped, never gave up. Even after the couple separated, the father tried to see his child as often as allowed by youth protection and sought to gain custody.

“These decisions by youth protection deviate from the objectives of the Act, all the more because it did not facilitate contacts between parent and child,” said the Appeal Court in a unanimous decision. Under s.4 of the Act, every decision made under the Act must aim at keeping the child in the family environment.

“The parents were not immediately informed of these decisions, and when they were, they manifested their dissatisfaction and disagreement. The court (of first instance) never pronounced itself over these debatable, if not dubious, choices, that inevitably impeded the establishment of an emotional bonding between the child and parent,” added the appeal court.

Marie-Christine Kirouack, a Montreal-based family lawyer, believes that this is a case where the appeal court had no choice but to castigate youth protection and overturn the lower court ruling but wonders at what price.

“There are some cases you can’t help but feel that the outcome isn’t good for anyone even though the application of the law makes sense,” said Kirouack, the president of the Quebec Association of Family Lawyers. “The Court of Appeal cannot approve the way that youth protection handled the case. From the get-go, youth protection seemed to have forgotten that the objective of the Act is to reunite, whenever possible, families. I read the ruling two times, and I am left with a bitter taste at the thought of the price the three-year old child will now pay because youth protection failed to properly fulfill its obligations.”

While the 32-page ruling states that there are cases where adoption is the only recourse to deal with difficult situations, it above all reiterates the underlying premise behind the Act, and that is, to keep the child in the family, says Tétrault. Under s.559 of the Civil Code of Québec, a child may be judicially declared eligible for adoption if the mother, father or tutor did not “take in hand” for at least six months the child’s care, maintenance or education. Up until four years, the Quebec Court of Appeal examined the circumstances very rigidly and objectively. “If the parents didn’t care for the child in the past six months, regardless of what reason, they would declare the child judicially eligible for adoption,” said Tétrault, an author of numerous books on family law.

The tide began to change four years ago when the appeal court “timidly and prudently” ruled in Lavoie, ès qualités c. T. (A.) and in Dans la situation : L. (C.) that the reasons why parents failed to take care of their child for the past six months must be viewed objectively and subjectively.

“This ruling does not hesitate,” said Tétrault. “From the moment that a parent has limited contacts, one must examine the circumstances and examine why the contacts were limited and the parent’s attitudes. It no longer is a matter of just rubber-stamping a decision made by youth protection. So this ruling will enable parents to more easily contest decisions made by youth protection in matters relating to adoption. They are now going to have a chance to be heard.”