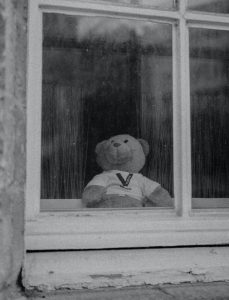 The Quebec government, following up on a report that cast a critical eye on the province’s youth protection system, has tabled a proposed legislative reform that underlines and clarifies the notion of the best interests of the child as well as introduces new provisions to take into account the historical, social and cultural factors of Indigenous people.

The reform will also relax strict confidentiality provisions that have hampered communication between frontline workers and other healthcare professionals, reaffirms that children must be represented by an advocate, and entrusts the newly created position of National Director of Youth Protection with the responsibility of determining policy directions and practice standards, buttressed with the power to implement “corrective” measures.

But the proposed reforms of Bill 15, An Act to amend the Youth Protection Act and other legislative provisions, will be ineffectual and be unable to deal with systemic-wide issues unless more monies are poured into the system, more experienced staff are hired, working conditions improved, and a cultural change takes place among legal actors, according to family law experts.

“What is important is not in the bill,” remarked Michel Tétrault, a family law expert who has penned numerous books about Quebec family. “What is important is the financial resources, human resources, and a change of culture. And that is not in the law. What will make this law work is money, personnel and a change of culture. If we miss one of the three, it will remain as is.”

The reforms, largely spurred by the tragic death of a young girl who was subjected to horrific and repeated abuse, generally adhere to recommendations proposed by the Special Commission on the Rights of the Child and Youth Protection. The voluminous report observed regional disparities of youth protection cases before the courts, deplored the overrepresentation of Indigenous and black children in the system, and noted that the interpretation of confidentiality provisions served as a “brake” on collaboration. The Commission called for a sweeping overhaul of the provincial youth protection system, including legislative amendments, to deal with children slipping through the cracks, burnt-out staff leaving in hordes, and underfinancing, all of which should be overseen by a newly appointed provincial director.

Bill 15 ostensibly shelves a decades-long principle of keeping children with their biological family almost at all costs with an approach that will instead prioritize the best interests, security and well-being of the child’s welfare, according to the Quebec government. Section 3 of the current Youth Protection Act (Act), which stipulates that “decisions made under this Act must be in the interest of the child and respect his rights,” will be replaced with the phrase that the “the interest of the child is a primary consideration.” “The welfare of the child is what must be considered first,” said at a press conference Lionel Carmat, Quebec Minister for Health and Social Services. “The days when a child had to pay the price for misinterpreting the law are over.”

Still, s. 4 of Bill 15 plainly states keeping the child in his environment should be “favoured,” provided it is in the child’s interest, and failing that, efforts should be made to entrust the child to the persons “most important” to him, particularly grandparents or other members of the extended family.

But family law experts point out that the principle of the best interests of the child has always been at the heart of the Act as well as any other legislation dealing with family law, including the federal Divorce Act.

“This changes absolutely nothing,” said Université Laval family and youth law professor Dominique Goubau. “It’s another way of saying exactly the same thing. Today we take into account the interest of the child. The rule that all decisions must be made to keep the child in the family is always conditional on it being in the best interests of the child.”

While legally the slight tweaking of s. 3 and 4 of the Act may not amount to much, family law experts are hopeful that it will nevertheless precipitate a cultural change in the way that interveners such as judges and youth protection authorities handle cases dealing with children in crisis, particularly since Bill 15 introduces a preamble that highlights that the interest of the child should be a “primary” consideration. At present, keeping children with their biological family is viewed by interveners as an absolute priority, point out both Tétrault and Goubau. But both are hoping that interveners, especially judges, will hand unfit biological parents fewer chances to maintain custody of their children.

“The courts still have difficulty in pulling the plug and decide that the parents are no longer fit to care for a child,” said Tétrault. “The family is important but there are cases where it doesn’t work, and this is obviously a question of interpretation for the courts especially since Bill 15 does not spell out specific criteria. The most important thing is the interest of the child. It is said. It is written. Hopefully it will be understood.”

The introduction of a new director who has been granted sizeable powers to oversee the Quebec youth protection system is a welcome development but it remains to be seen what resources it will be granted, said Tétrault. The move towards slackening confidentiality provisions too is a commendable initiative, noted Goubau. The Commission’s report pointed out that youth protection actors tend to work in silos due to the strict interpretation given to confidentiality rules, preventing interveners from effectively collaborating with each other. “The objective behind this is to facilitate enormously the transmission of information,” said Goubau. “It is an effort to try to respond to the notion that we cannot be efficient if we don’t have the information and we cannot have the information if the law creates obstacles. This is a good thing.”

Also viewed rather favourably was the addition of a new chapter applicable to Indigenous people that introduces new provisions that affirms that historical, social and cultural factors must be taken into account, said Richard Gray, social services manager at the First Nations of Quebec and Labrador Health and Social Services Commission. The new chapter in Bill 15 clearly stipulates that its objective is to foster a holistic approach and cultural continuity while recognizing the responsibility of each community with respect to its children and families. Equally important, it prioritizes and seeks to promote “appropriate measures” to prevent the security or development of a child from being in danger, said Gray.

“Overall, we see it as a step forward by Quebec in terms of addressing some of the concerns we raised regarding interactions between the Youth Protection Act and First Nations,” said Gray.

First Nations, however, were hoping that Quebec would go further and follow in the footsteps of the federal government. In June 2019 the Trudeau government passed Bill C-92, An Act Respecting First Nations, Inuit and Métis Children, Youth and Families, which provides Indigenous communities with a mechanism to exercise jurisdiction over child and family services in accordance with their own traditional laws and values. Quebec is contesting the law before the Quebec Court of Appeal.

“We were told at the outset to forget about the bring the Youth Protection Act into harmonization with Bill C-92,” explained Gray. “We were not surprised that they took this position but surprised by the bluntness. We were hoping that, despite the Quebec Court of Appeal challenge, that there would be some openness to discuss the merits and principles of Bill C-92.”

In fact, to their surprise, that’s what took place. Gray said that “a lot” of the aspects with Bill C-92 are covered within Bill 15 such as the emphasis on prevention to preclude it from becoming a youth protection problem, a key consideration for First Nations. Indigenous communities were however disappointed that a key recommendation made by the Commission was not followed through – the appointment of a Child and Youth Commissioner specific to First Nations whose role and responsibilities would be defined in collaboration with First Nations and Inuit. Apparently the Quebec government is looking into it, said Gray.