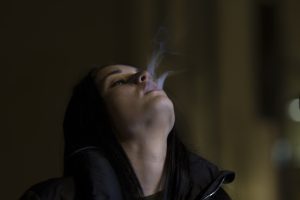 A mother of a three-year old child addicted to marijuana was denied shared custody after Quebec Superior Court held that her cannabis consumption compromised her parental skills.

In a ruling widely expected by family lawyers to be among the first of many the courts will hand down following the legalization of cannabis, Justice Jérôme Frappier held that the mother’s cannabis’ addiction, coupled with her anxiety attacks, represented a “serious risk” because she would be unable to adequately respond to the needs of her child if she had shared custody. Justice Frappier awarded custody to the father, and granted the mother visitation rights two out of every three weekends but only if she is not under the influence of cannabis or any other drug in the presence of her child.

“Just as with alcohol and medications, both of which are also legal, cannabis consumption can diminish the ability of a parent to intervene if a child needs help, especially since we are talking about a three-year old child,” said Michel Tétrault, a Sherbrooke legal aid lawyer who penned a book on Quebec family law. “The courts will not under these circumstances take a chance. Regular cannabis consumption is poorly looked upon by the courts.”

The couple regularly smoked five or six joints on a daily basis before the birth of the child, but the father stopped all use once the child was born. The mother, while she stopped taking antidepressants for her anxiety attacks, did not stop smoking just as many joints during her pregnancy in spite of her doctor’s advice. When the infant was born in 2016, the newborn showed symptoms of drug withdrawal and a urine test revealed the presence of THC, the psychoactive agent in cannabis, in the child’s system. The child’s withdrawal symptoms lasted about a week.

On May 2017 when the couple separated, the mother had custody while the father had visitation rights. But a year later, after the mother repeatedly asked her ex-spouse to care for the child and after the father discovered she was living with a man who had been charged with drug offenses, Quebec Superior Brian Riordan granted custody to the father. Justice Riordan also ordered the mother to stop using drugs in the child’s presence. But when she became pregnant again, she nevertheless continued to smoke two joints a day and her second infant also had withdrawal symptoms after birth.

The mother argued that cannabis was now legal and that her drug consumption did not diminish her parental capacities. But Justice Frappier did not buy it. Under Article 33 of the Civil Code of Quebec, the principal criterion the court has to take into account in a matter of custody is the interests of the child, noted Justice Frappier. Heeding guidance from a Quebec Superior Court ruling in Droit de la famille – 182605, 2018 QCCS 5407, Justice Frappier noted that occasional cannabis use is not in itself sufficient cause to question the capacities of a mother or father to parent. But daily and continuous cannabis use does bring into question the capacity of an adult to respond to the needs of a child, especially small children, just as is the case with the regular use of alcohol or medication, added Justice Frappier.

Justice Frappier pointed out that in spite doctor’s orders during her two pregnancies she continued to use cannabis, which had a “direct impact” on the child. The mother “shows that her consumption takes precedence over the child’s interest,” said Justice Frappier in Droit de la famille – 19554, 2019 QCCS 1203.

“It seems to me that ever since the legalization of cannabis, its consumption has been trivialized,” remarked Marie-Christine Tropper, a Montreal legal aid lawyer who successfully plead the case. “What really pleased me about Justice Frappier’s decision is that he reminds us that cannabis may be legal but when consumption is abusive it affects parental skills.”

According to Danielle Gervais, president of a Quebec family lawyer’s association, the ruling is one of the first decisions to be issued in Quebec since cannabis was legalized, but it remains that the criteria the courts will use to rule in custody matters are the same – parental skills and the interests of the child.

“The ruling did not raise any eyebrows because it serves a timely reminder that the courts will look at whether these products, be it marijuana, alcohol or medication, affects parental capacities,” said Gervais. “Such rulings will always hinge on the judge’s appreciation of the evidence and the capabilities of the parent.”

This story was orginally published in The Lawyer’s Daily.