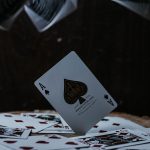 A Quebec legislative provision that compelled Internet service providers to block unauthorized gaming websites has been found unconstitutional by the Quebec Court of Appeal as it infringes on areas of exclusive federal jurisdiction.

Following in the footsteps of several European nations, including Cyprus, Denmark and Romania, the Quebec government amended the Consumer Protection Act (Act) in 2016 via an omnibus budget bill to introduce a provision that obliged Internet service providers (ISPs) to implement blocking measures to prohibit Quebec residents from accessing unauthorized gambling websites. The blacklist would be drawn up by Loto-Québec, the government agency that operates and develops lotteries in the province. Internet service providers that failed to comply faced steep fines — up to $100,000 and twice that amount for subsequent offences.

“From a commercial perspective it has had mixed results,” remarked gaming lawyer Michael Lipton of Dickinson Wright LLP. “Some jurisdictions have tried it; others have backed away from it.”

The Quebec government said it was necessary to introduce ISP-blocking measures because illegal gaming sites posed a risk to society, particularly youth. But at the same time, it projected that by directing online gaming to its own website, Espacejeux, it would bring an additional $13.5 million in revenues in 2016-2017, and $27 million annually after that.

The Canadian Wireless Telecommunications Association, a non-profit association representing the wireless telecommunications industry, successfully challenged the validity, applicability and operability of the provisions. But even before Quebec Superior Court Justice Pierre Nollet declared the provision to be invalid in July 2018, there were indications that the ISP blocking scheme was legally vulnerable. In 2016, the Canadian Radio-television and Telecommunications Commission (CRTC) issued a decision that found that the Quebec provisions encroached on its powers. The CRTC, however, suspended action on the file until the court proceedings wrap up, as advised by Quebec’s attorney general.

Justice Nollet held that the pith and substance of the provincial provision was not, as the government contended, a measure intended to protect consumers. Rather he found it was introduced to force ISPs to block access to online gaming sites deemed illegal by Loto-Québec. Justice Nollet concluded that the pith and substance cannot be validly connected to any legislative powers of the province but rather fell within areas of exclusive federal jurisdiction, notably telecommunications and criminal law.

In a decision that raised eyebrows from constitutional law experts, the Quebec Court of Appeal upheld the decision but with some nuances. After examining intrinsic evidence, such as the title of the bill and the explanatory notes in the bill (which made no mention of public health concerns) as well as extrinsic evidence like public hearings, and the legal and practical effects of s. 260.35 of the Act, the Appeal Court upheld the trial judge’s conclusion over the pith and substance of the provision.

Citing a long list of case law, including the Supreme Court of Canada’s decision in Rogers Communications Inc. v. Châteauguay (City) 2016 SCC 23, the Appeal Court found that the trial judge was correct in finding that the Quebec legislature intervened in the exclusive jurisdiction over telecommunications when it adopted the provision. The appellate court unanimously found that the exclusive federal jurisdiction over telecommunications “logically must also extend to the emission, reception, and retransmission of Internet signals” — a conclusion that “sealed the debate.”

As a result, the panel of three judges (Justices Guy Gagnon, Michel Beaupré and Benoît Moore) held that it was unnecessary for the trial judge to consider whether the provision fell within criminal law jurisdiction. Neither was it necessary for the trial judge to examine whether the constitutional doctrines of dual aspect and federal paramountcy or ancillary powers, could safeguard the provincial provision, added the Appeal Court in Procureur général du Québec c. Association canadienne des télécommunications sans fil 2021 QCCA 730, issued on May 5.

“It’s a decision that misunderstands the consequences of legal change and cultivates the misleading idea that the Internet will be a realm different from the real world, a realm that is exempt from the law,” said Patrick Taillon, an administrative and constitutional law professor at the Université Laval. “It is also a decision that misunderstands federalism, specifically the co-operative federalism that exists between the federal government and the provinces with regards to gambling. Its reasoning is rigid.”

According to Maxime St-Hilaire, a constitutional law professor at the Université de Sherbrooke, case law “does not justify” the decision by the Appeal Court not to apply the applicable review standard, including the constitutional doctrines of double aspect and ancillary powers. “The fact that communications are of special national importance doesn’t change anything about how to resolve a division of powers dispute,” said St-Hilaire. “There was no reason not to examine the validity of the article under the ancillary powers doctrine, which asks the court not to jump too quickly to the conclusion that a provision is invalid.”

The decision comes on the heels of efforts by Ottawa and the provinces to capture the thriving iGaming black and grey market, estimated to be approximately $14 billion by the Canadian Gaming Association. The proposed federal legislation, Bill C-218 or the Safe and Regulated Sports Betting Act, would decriminalize single-event sport betting, currently prohibited under s. 207(4)(b) of the Criminal Code. Only parlay betting, or betting on the outcome of more than a single match, is legally allowed. Bill C-218, which has received broad support from the gaming industry and professional sports leagues, has passed the House of Commons and is now before the Senate. A recent study by Deloitte suggests that within five years of legalization, sports betting in Canada could grow from $500 million to nearly $28 billion in legal market wagering.

In the meantime Ontario is in the process of developing a framework and regulatory model for an online iGaming marketplace that would welcome private operators, a development closely followed by all provinces, according to gaming lawyer Michael Lipton of Dickinson Wright LLP. A discussion paper issued by the provincial government in March 2021 indicates there will be no caps on the number of registered iGaming operators; suggests it will enter commercial agreements with private operators instead of collecting revenue by specifically taxing iGaming operations; and is considering broadening its product offerings to include sports wagering, novelty event wagering and peer-to-peer games like poker — all of which will be regulated by a proposed new subsidiary of the Alcohol and Gaming Commission of Ontario (AGCO) to avoid potential real or perceived conflicts of interest. Gaming in Canada is governed by the Criminal Code, and it broadly prohibits gambling unless it is conducted and managed by the province.

Both developments will mark a significant shift in the Canadian gaming landscape, particularly online gaming, said Lipton. “Ontario will demonstrate to the rest of Canada that moving away from the monopoly model will be more beneficial than continuing with it,” remarked Lipton. “If we provide for a regime that is similar to what Ontario is doing, there’s everything to gain and very little to lose — and everything includes providing a regulatory regime that will encourage grey market operators to come in and be regulated, that will protect the public and ensure the vulnerable have all of the necessary protections, and that will add more revenue to government coffers to enhance the public infrastructure.”