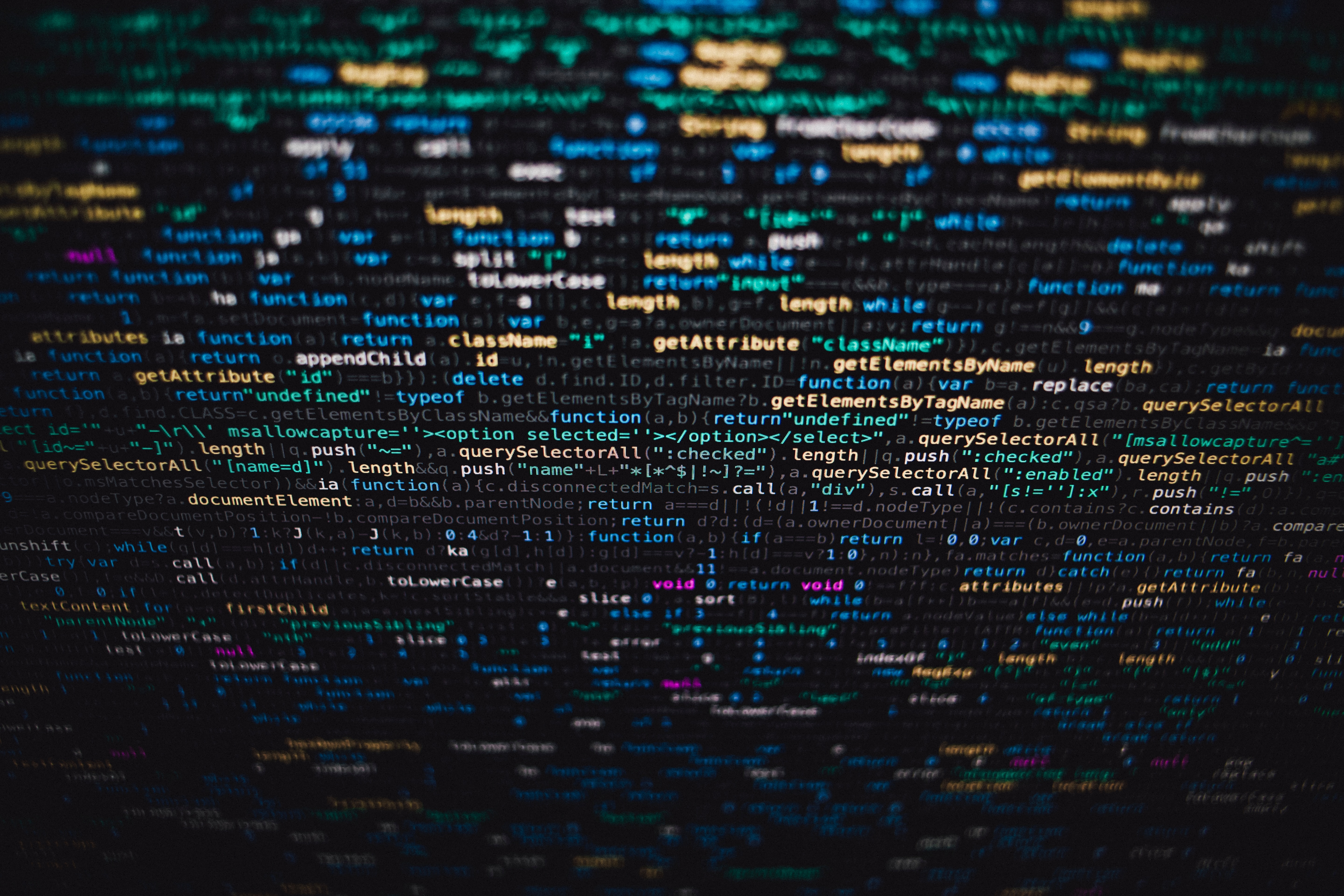 When Bing Thom Architects set out to investigate the effects of rising sea levels in Vancouver, the firm decided to gather crucial information about the shoreline from the city’s open data web portal. The study ultimately painted a sobering view of the potential impact of climate change: more than $25-billion in Vancouver real estate would be “negatively affected” by a rise in the sea level in the 21st century, excluding infrastructure such as roads, sewers, and electrical facilities. But the research also underscored the value of open government data: information that is collected by government for its own purpose and made available to the public for its own use.

Open data is essentially information that is free for anyone to use, reuse and redistribute. Proponents of making government data available to the public identify two main benefits: First, innovators of all kinds can use the information to build useful applications and services, and second, it promotes government transparency and accountability and encourages citizen participation in public policy debates. As Andy Yan, the urban planner involved in the Vancouver project observes, “when you have this type of transparency and governments release their databases to the public, you can have these kinds of discussions about public policy out in the open instead of being captured in little clubhouses.”

There is no question that governments are under growing pressure to remove any barriers to accessing its public records, and some — led by the United States, Britain and Australia — are embracing the open data movement. Others, including Canada and its provinces, lag behind but are beginning to overcome their apprehension at making some — if not all — data available to the public.

But first, governments must agree on a legal framework that will govern any move to open up public data for use in different jurisdictions and address issues ranging from IP rights to the use of personal data and respect of people’s privacy. For the most part, reuse and distribution of open data is subject to licences requiring attribution and share-alike provisions.

Perhaps the best argument for making public records more readily accessible is: Why not? Advocates say it doesn’t cost much to open up raw government data and it has the potential to increase in value when it’s made easily accessible. So why not allow citizens to access and analyze it themselves? This idea has emerged as one of the building blocks for Government 2.0, a term coined to describe the integration of new-generation digital media technologies into government structure and operations.

“Open government, Government 2.0 and open data are very interrelated, and feed into each other,” says Tamir Israel, a staff lawyer with the Canadian Internet Policy and Public Interest Clinic (CIPPIC). “Having open data makes Government 2.0 initiatives more compelling, more valuable and more likely to succeed. They are both in response to technology, and both have the same motivation which is to be more transparent and interactive with its citizens through online mediums.”

Take the initiatives of Open North, a new Canadian non-profit devoted to building online tools to help citizens interact with government. The outfit is working to get cities across Canada to adopt an interactive tool which educates citizens about the budget-making process by asking for their input. 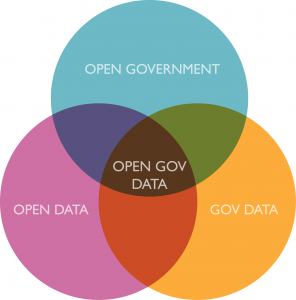 The shift towards open data also can cut costs for government and make it more efficient, says Guy Michaud, chief information officer for the City of Ottawa. Since the launch of its open data portal, the city has received fewer access-to-information requests, since data is often readily available for the public to download and use.

Open data applications can be civic minded, ranging from garbage collection timetables to the reporting and repairing of potholes. They can also generate economic value when business adds value to data by creating their applications.

Ottawa sponsored a $50,000 software application contest for smart phones and websites to encourage “meaningful and innovative” uses of its open data collection. The contest spawned 99 application  submissions and more than 100 ideas. The winner was OttawaGuide, a free tour guide mobile software application that uses new technology to superimpose digital information about your current location on objects as seen through the “eyes” of your smart phone’s camera in real time.

“Getting 99 applications for an investment of $50,000?” Michaud asked rhetorically earlier this year when he appeared before a parliamentary standing committee examining open government and open data. “There’s no way you could get even one application developed for that cost. So we may not have savings, but we sure have a nice return on our investment.” 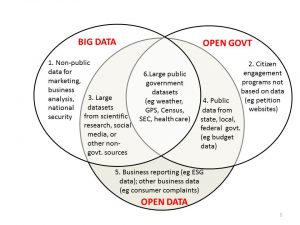 Open data is not just a niche interest for policy and tech geeks. About 40 per cent of adult internet users have gone online in search of raw data about government spending and activities, according to a report by the Pew Research Center’s Internet & American Life Project.

Governments are beginning to pay attention. At last count, there were more than 50 government open data catalogs worldwide. Closer to home, a growing number of municipalities are following in the footsteps of Vancouver, Toronto, Edmonton and Ottawa, with Montreal, Fredericton and Waterloo launching open data web portals in the fall. The federal government launched its own open data portal last year.

Missing in action, however, are the provinces, with the exception of British Columbia, which launched its portal last summer. According to a 2011 IDC Canada survey of 150 federal, provincial and local government entities, half said they have no mandate or plans to open data to the public, and barely seven per cent of respondents said their government is planning an open data initiative.

Still, David Eaves, an open data expert who has advised several governments on open government and open data, remains convinced that Canada is making headway. “What we are seeing now is a growing interest in open data, especially at the municipal level, but increasingly at the federal level,” he said. “As for the provinces, there we have a tougher story. Only B.C. has shown up.”

In truth, many governments resist making raw data truly available to the public. Some of it has to do with resistance from within. Eaves fears that in order to ward off public pressure, some will launch portals with a few datasets, and frame it as a transparency initiative. “They will be missing out,” he adds.

The devil’s in the details

Even for governments eager to implement open data initiatives, there are a number of legal challenges. Copyright protection standards vary from one jurisdiction to another. Licensing terms may carry more weight in some areas than in others. And there are privacy concerns.

Most lawyers will reflexively craft licences to protect their clients by drafting onerous terms for licensees. But this could be a deterrent to sharing information. To achieve open data policy objectives, governments must adopt “easy to use” licences, says David Fewer, director of CIPPIC. “The objective here is to facilitate democratic governance, to facilitate innovation in the marketplace, and to facilitate the dynamic provision of services in ways that governments are not well-suited to do,” he says. “Lawyers have to take a real sanguine look at the real risks and understand that they are relatively minor. If they craft licences that are all about minimization, lawyers are going to get in the way and undermine the policy objectives.”

Currently, open data web portals in Canada are mostly subject to licences requiring attribution and share-alike provisions. The Vancouver portal, like most Canadian open data web portals, states that the terms of use are intended to protect and promote the city’s commitment to open data, and ensure that users freely share their own work on the applicable data. But share-alike clauses could prove to be a disincentive for the private sector to invest the time, energy and resources if they cannot “reap what they have sown,” says Fewer. While they make sense for some open source software projects built around a single community of developers, Fewer says that limiting the ways that people can use open data is “a failure in policy instruction” that makes no sense when trying to build a platform for innovation.

Fewer would prefer to see Canadian open datasets licensed under something akin to the U.K.’s Open Government License (OGL), which has the advantage of being written in plain language. It is also meant to be compatible with widely used models such as Creative Commons and Open Data Commons licences. 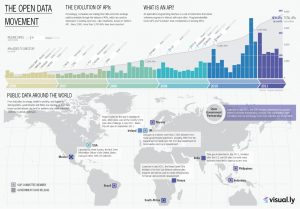 More importantly, though, government information licensed under the OGL can be re-used for both commercial and non-commercial purposes, provided licensees include an attribution statement, usually specified by the information provider.

A third legal challenge is privacy. Not surprisingly, the Office of the Privacy Commissioner of Canada (OPC) is keeping close tabs on developments on the open data front. While the privacy watchdog endorses government transparency, it cautions that it should not come at the expense of individuals’ statutory rights to privacy. The OPC is concerned that the line between identifiable and non-identifiable information is becoming increasingly blurred thanks to the emergence of new information technologies, says assistant commissioner Chantal Bernier. The danger is that seemingly anonymous information gets bundled with information from other sources and linked back to specific individuals. “It is a widespread concern because the technology allows deeper analysis but unfortunately re-identification and therefore de-anonymization is possible,” Bernier explains.

The OPC is urging governments to implement privacy by design, a preemptive approach that requires the integration of privacy considerations into new programs and databases from the outset, not as an afterthought.

Surprisingly, the federal government did not consult or provide the OPC with a privacy impact assessment when it launched its own open data web portal, “arguably because they have no intention to ever provide any personal information in that portal,” says Bernier.

“That argument means that you better have done your homework to make sure you have clear practices and policies as to what goes in the portal and that you have very secure mechanisms to make sure that the infrastructure is in place to protect personal information.”

Ultimately, it is crucial for governments to get the licensing of open data right and in an intelligent way that protects people’s privacy without being overly restrictive. Otherwise, little will happen and open data will fail to live up to its potential to benefit the public interest.