The latest appointments still falls short of what the Quebec government has been demanding. The president of the Quebec Bar, Paul-Matthieu Grondin, said in a tweet published shortly after the nominations that “the federal government MUST appoint judges to the Quebec Superior Court. Yesterday’s appointments are far from enough.”

Still, the new appointments and the reshuffle is nevertheless widely expected to make a dent in the backlog of cases that have plagued the Quebec criminal justice system, particularly since the landmark Jordan decision by the Supreme Court of Canada issued last summer.

Despite significant investments and the appointment of 20 Court of Quebec judges over the past six months by the Quebec government to curb delays in the criminal justice system, Quebec is struggling. The number of Jordan-related requests for a stay of proceedings keeps on surging. There were 895 Jordan applications as of late May, up from 684 at the end of March 2017.

Provincial attorney generals across the country hoping the SCC would back down from the trial timelines set by the Jordan ruling were disappointed after the nation’s highest court unequivocally reaffirmed them recently in R v. Cody 2017 SCC 31. In a unanimous decision, the SCC made it plain that it will not yield to provincial attorneys general struggling with the Jordan timelines.

Quebec Court of Appeal Justice Étienne Parent, who was appointed as a puisne judge in June 2015, was appointed as a Superior Court judge in Shawinigan. He replaces Quebec Superior Justice Raymond Pronovost, who chose to become a supernumerary judge in July 2016. A 1982 graduate from Université Laval who was admitted to the Québec Bar the following year, Justice Parent led the Quebec Superior Court Commercial Division for the District of Québec from 2007 to 2011, and then became coordinating judge for the District of Arthabaska, a position he held until his appointment to the Court of Appeal.

In a case of musical chairs, Quebec Appeal Court Justice Jean-François Émond was appointed as a Quebec Superior Court judge for the district of Quebec City, replacing Justice Simon Ruel, who has been elevated to the Quebec Court of Appeal. Justice Émond, received his civil law degree from Université Laval in 1988 and was called to the Quebec Bar in 1989, practised law with the firms of Stein Monast from 2007 to 2009, Desjardins Ducharme Stein Monast from 2003 to 2007, and Huot Laflamme (Marquis Huot) from 1988 to 2003. In May 2009, Justice Émond was named a judge of Quebec Superior Court, and became the coordinating judge of the Commercial Division for the district of Quebec City from 2010 to 2014. In June 2014, Justice Émond was appointed to the Quebec Court of Appeal. 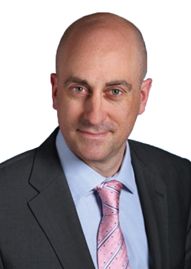 Justice Ruel, who was appointed to the Quebec Superior Court in 2014, practised mainly in public and administrative law and government affairs while a lawyer. A member of the Quebec Bar (1995) and of the Law Society of Upper Canada (2007), he began his career with the firm Grey Casgrain, and then became a litigator and counsel to the federal Department of Justice, the Privy Council Office, and the Department of Finance. Before his appointment, he was a partner with the firm BCF Business Law in Quebec City; previously, he had been a partner with Heenan Blaikie.

Justice Ruel participated as counsel in numerous federal and provincial public inquiries and investigations, including the federal Commission of Inquiry into the Sponsorship Program and Advertising Activities, the Cornwall Public Inquiry, and the Commission of Inquiry on the Process for Appointing Judges. He also participated in the coroner’s inquest into deaths caused by Legionnaires’ disease in Quebec City in 2012 and represented the Manitoba Commission of Inquiry into the Circumstances Surrounding the Death of Phoenix Sinclair. Justice Ruel currently serves on the executive of the Canadian Bar Association Judges’ Forum.

Newly appointed Quebec appeal court justice Rancourt received a Bachelor’s of Social Science (industrial relations) from Université Laval in 1981 and a law degree from the same university in 1984. Admitted to the Quebec Bar in 1985, he began his legal career with McDougall Caron in Montreal. In 1988, he joined the firm of Ogilvy Renault (now Norton Rose Fulbright) to practise labour and employment law. Justice Rancourt was national chair of the firm’s labour and employment law group and a member of its national executive committee until his appointment to the Superior Court of Quebec in June 2015. Justice Rancourt published numerous articles and made presentations at conferences on topics related to human rights, labour law, and occupational health and safety. 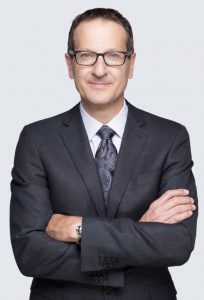 Superior Court Justice Kalichman, a well-known Montreal civil and commercial litigator, was prior to his appointment a partner at Irving Mitchell Kalichman LLP. A B.A. graduate from McGill University before attending the Université de Montréal, where he earned a law degree, Justice Kalichman practised as a trial lawyer. He also acted as an arbitrator on the Conseil d’arbitrage des comptes des avocats du Barreau du Québec. Throughout his career, Justice Kalichman received wide recognition for his accomplishments as a trial lawyer, including being named a Fellow of the American College of Trial Lawyers, which is recognized as the preeminent organization of trial lawyers in North America. Apart from his involvement in law, Justice Kalichman has been an active member of Montreal’s Jewish community over the past 25 years. 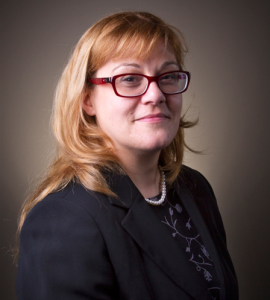 Justice Vincent, who too graduated from Laval University in 1995, was admitted to the Quebec Bar in 1996. She specialized in family law and became a certified family mediator in 2007. She served as a board member of the Association des familialistes de Québec where she from 2009 and was president from 2011 to 2013.