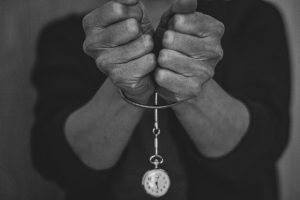 Following in the footsteps of British Columbia and Ontario, a Federal Court judge declared retroactive record suspension eligibility requirements to be unconstitutional, opening the door to thousands of offenders across the country to be eligible for a pardon.

In a decision hailed as a “win-win decision for everyone” by criminal lawyers, Federal Court Justice Sylvie Roussel found that the retroactive amendments to the Criminal Records Act has the effect of increasing an offender’s original punishment in a manner that is contrary to the Charter of Rights and Freedoms.

“The importance behind this decision is that it will ensure equal justice will be available across Canada,” remarked Isabelle Turgeon, a Montreal lawyer with Grey Casgrain LLP who successfully plead the case. “The situation was really unjust because even though there were court decisions that declared these provisions to be unconstitutional, it was applicable only in those provinces where the decision was issued and not nationally.”

In 2010 and 2012, Parliament enacted the Limiting Pardons for Serious Crimes Act, SC 2010, c 5 [LPSCA] and the Safe Streets and Communities Act, SC 2012, c 1 [SSCA], which amended certain provisions of the Criminal Records Act (“CRA”). Besides changing the term “pardon” to “record suspension,” one of the amendments, section 4, increased the waiting period before offenders can apply for a record suspension from five to ten years for a series of offences including personal injury offences and Schedule 1 offences, which generally encompass sexual offences involving young victims. Another changed the criteria the Parole Board of Canada applies to assess whether to grant a record suspension. The amendments also provided for retroactive application.

“Like many of the ‘tough on crime’ measures introduced by the previous Conservative government, the amendments to the Criminal Records Act that made it harder for offenders to obtain pardons were purely political tools,” said Ewan Lyttle, an Ottawa criminal lawyer with Lyttle McGarry Del Greco LLP. “They were an easy way to communicate to voters that the government was being tough on crime. In reality, those amendments did nothing to make the public safer, or reduce crime. And now, the Federal Court has found that they were a double-dose of useless punishment.”

In April 2017 the Supreme Court of British Columbia in Chu v. Canada (Attorney General), 2017 BSC 630 declared the amendments to be of no force and effect as they were contrary to s. 11(h) and 11 (i) of the Charter, which protects against double jeopardy and guarantees the right to the benefit of the lesser punishment where the punishment for an offence is changed after a person commits the offence, but before the time of sentencing. The Attorney General of Canada (AGC) did not appeal the decision. A few months later, two Ontario Superior Court decisions, Rajab v. The Queen, OSCJ File No. 16-67822 and Charron v. The Queen, OSCJ File No. 16-67821, affirmed the findings of the SCBC in Chu, with the AGC consenting to the applications.

But those decisions applied only to B.C. and Ontario, pointed out Justice Roussel. “Despite the CRA being a federal statute, the current state of the law in Canada is such that different versions of section 4 of the CRA are being applied in the provinces and territories, resulting in record suspensions being more difficult to obtain for certain individuals outside British Columbia and Ontario,” noted Justice Roussel in P.H. and The Attorney General of Canada, 2020 FC 393. “It is in the interests of justice that the amendments to section 4 of the CRA be applied consistently across Canada.”

P.H., a former member of the Canadian military convicted in December 2010 of one count of sexual assault, would have been eligible to apply for a record suspension in January 2018 before the adoption of the so-called Transitional Provisions. But following the amendments he was ineligible to apply until January 2023.

P.H. sought an order from the Federal Court declaring the Transitional Provisions constitutionally invalid because they infringe sections 11(h) and 11(i) of the Charter. He also sought an order directing the Parole Board of Canada to consider his application for a record suspension based on the CRA as it read at the time he committed the offence in June 2009. He did not challenge the constitutional validity of the amendments themselves. Rather, he challenged the constitutional validity of the Transitional Provisions that give the amendments their retrospective application. The Attorney General of Canada consented to the declaration of invalidity.

Heeding guidance by the Supreme Court of Canada in Canada (Attorney General) v. Whaling, 2014 SCC 20, Justice Roussel noted that while s. 11(h) of the Charter is normally triggered where there is a duplication of proceedings, it also extends to retrospective changes to the conditions of the original sanction. Justice Roussel also underscored that the SCC’s decision in R. v. KJR, 2016 SCC 31, which restated a three-prong test for punishment, “constitutionally enshrines the fundamental notion that criminal laws should generally not operate retrospectively.” And though the Chu decision by the Supreme Court of British Columbia was not binding on the Federal Court, Justice Roussel found it to be both “persuasive and authoritative.” Relying on the Chu decision, Justice Roussel found that criminal records lengthened ineligibility periods following the amendments was analogous to the retrospective change in Whaling.

“The increased duration of the criminal record applied automatically, without regard to the offender’s personal circumstances, and foreseeably disrupted many offenders’ settled expectations and plans, thus constituting additional punishment,” said Justice Roussel.

She also found that a criminal record makes it more difficult for an offender to find employment, which in turn has further negative consequences on past offenders, especially in terms of marriage and family life, a find that an expert for the Attorney General of Canada acknowledged.

The Federal Court’s decision has made it easier for “motivated” offenders to turn their lives around and contribute to society, according to Lyttle. The “public has an obvious and direct interest in offenders who actually want to rehabilitate, and offenders who take meaningful steps to rehabilitate,” said Lyttle. “Applying for a pardon is a meaningful and important step towards rehabilitation. (It is also) an offenders’ message to the public that there is an interest in departing from the dubious. So why make it harder for them?”

Montreal criminal lawyer Jean-Claude Hébert, too welcomes the “very articulate decision.” But he warns it may have a more limited impact than is realized. The Criminal Records Act falls within federal jurisdiction but provincial institutions who are responsible for the administration of justice are not legally subjected to federal norms and practices. “Nothing obliges a provincial or municipal police force to purge or erase their own archives and databases,” pointed out Hébert, who believes it is high time that the federal government reform this “obsolete” legislation.

He also points out that a record suspension could be of little help to offenders who travel. U.S. customs officials, for instance, have access to databases, especially those from the Royal Canadian Mounted Police. “For them, regardless of the final conclusion by Canadian justice authorities, an arrest and an indictment constitutes trouble with the law, and customs officials can take that into account in the exercise of their discretion,” said Hébert. “Granting a record suspension in Canada has no legal weight in American soil.”

This story was published in The Lawyer’s Daily.