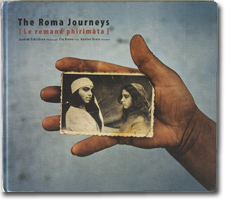 A Hungarian couple of Roma origin lost their bid to overturn an extradition order issued by the Federal Minister of Justice after the Quebec Court of Appeal ruled that the Immigration and Refugee Protection Act cannot be invoked to contest an extradition order.

In a unanimous ruling penned by Justice François Doyon, the court said that s.44.1 of the Extradition Act provides guarantees to ensure that extradition orders are not “tyrannical or unjust.” Coupled with the Canadian Charter of Rights and Freedoms, there is sufficient protection to ensure that the extradition process follow rules that would protect persons who have been granted refugee status, added the court in Nemeth c. Canada (Ministre de la Justice), 2009 QCCA 99.

“The applicants cannot resort to the Immigration and Refugee Protection Act to contest their extradition,” said Judge Doyon in the 11-page ruling. “The Act deals with immigration and the protection of refugees, in other words the right to be welcomed and protected by Canada, while the Extradition Act deals with the implementation of treaties to combat crime and ensure the indictment of persons who otherwise would be out of reach of States that want to prosecute them. Extradition therefore has nothing to do with admissibility into Canada. The objectives are different and it is proper that the rules are different, but in both cases individuals are protected, though differently.”

According to Marie-Hélène Giroux, the ruling sets a dangerous precedent because it puts in peril the system put in place by the federal government to assess, grant and revoke refugee status.

“Now it appears that with a simple notice by the Ministry of Justice, in consultation with Citizenship and Immigration Canada, that one can decide or determine if there was a change of circumstances that could authorize an extradition of a recognized refugee,” said Giroux who represented the Hungarian couple.

Joszef Nemeth, his wife Joszefne and their children, came to Canada in 2001 following three separate violent incidents. They were attacked because of the Roma origins. On January 2002, the family was granted refugee status by the Immigration and Refugee Board, and obtained permanent resident status the following year. On February 2005, Hungary filed an international arrest warrant against the Nemeth’s for fraud (of less than $5,000, according to Giroux), and a year later filed an extradition claim against them. Following an order by Superior Court the couple was incarcerated, and were then freed  by the Quebec Court of Appeal pending judgment of their case.

After taking into account advice provided by Citizenship and Immigration Canada, who asserted that the applicants no longer face “serious persecution” following Hungary’s accession to the European Union in 2004, the federal Ministry of Justice signed an extradition order on January 2008.

Besides maintaining that the decision to extradite was unreasonable, the Nemeths argued that the Ministry of Justice overstepped its competence given that as refugees they enjoy protection against refoulement (or return), and as such only the Immigration and Refugee Board has the authority to cease refugee protection. Further, they argued enjoy protection under the Immigration and Refugee Protection Act, notably s.108, s.109 and s.115(1) that deals with the cessation of refugee protection and the principle of non-refoulement. The Nemeths maintained that the principle of non-refoulement should apply to them, and they should not be returned to a country where they would be at risk of persecution for reasons of race. Finally the Nemeths plead that their extradition would violate the 1951 United Nations Convention Relating to the Status of Refugees. 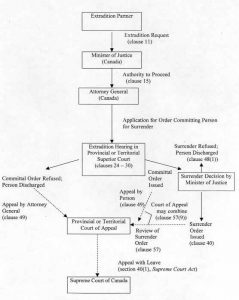 The Court disagreed, holding that a refugee status does not constitute, in itself and all cases, an absolute prohibition against extradition, even within the framework of the Convention.

“Besides, while the Immigration and Refugee Protection Act prevents the removal of a refugee, it does not specifically make mention of extradition,” wrote Justice Doyon. “It seems to me that that means that the two regimes are distinct, even if they must necessarily be reconciled. I must underline the fact that a Canadian citizen can be extradited on the sole basis of the rules governing extradition. It would be odd that a refugee cannot, unless the Immigration & Refugee Board revokes this status. In other words, the applicants invoke a protection that Canadian citizens do not have. It is therefore in the Extradition Act and the Canadian Charter of Rights and Freedoms which the applicants, like all Canadians, must seek protection from the return of to a country where they may be the object of poor treatment. ”

Informed by Hungary (Republic) v. Horvath, [2007] O.J. No. 4077 (Ont. C.A.), the Court noted that a person who was granted the status of a protected person by virtue of the Immigration Act can nevertheless be extradited.

According to Christian Jarry, a lawyer with federal Ministry of Justice, the ruling followed the principles set out by the Horvath case “which pretty well addressed the issues at hand.”

But Giroux, who will file an application for leave to appeal before the Supreme Court of Canada, said there are important differences between the Horvath and the Nemeths. The Nemeths were granted refugee status while Horvath filed an application to be recognized as a refugee, she noted.

“It was decided in the Nemeth case that they had solid reasons to fear for their security in Hungary,” said Giroux. “And it was a competent tribunal that took this decision, the same tribunal that should dealt with the revocation of their refugee status.”