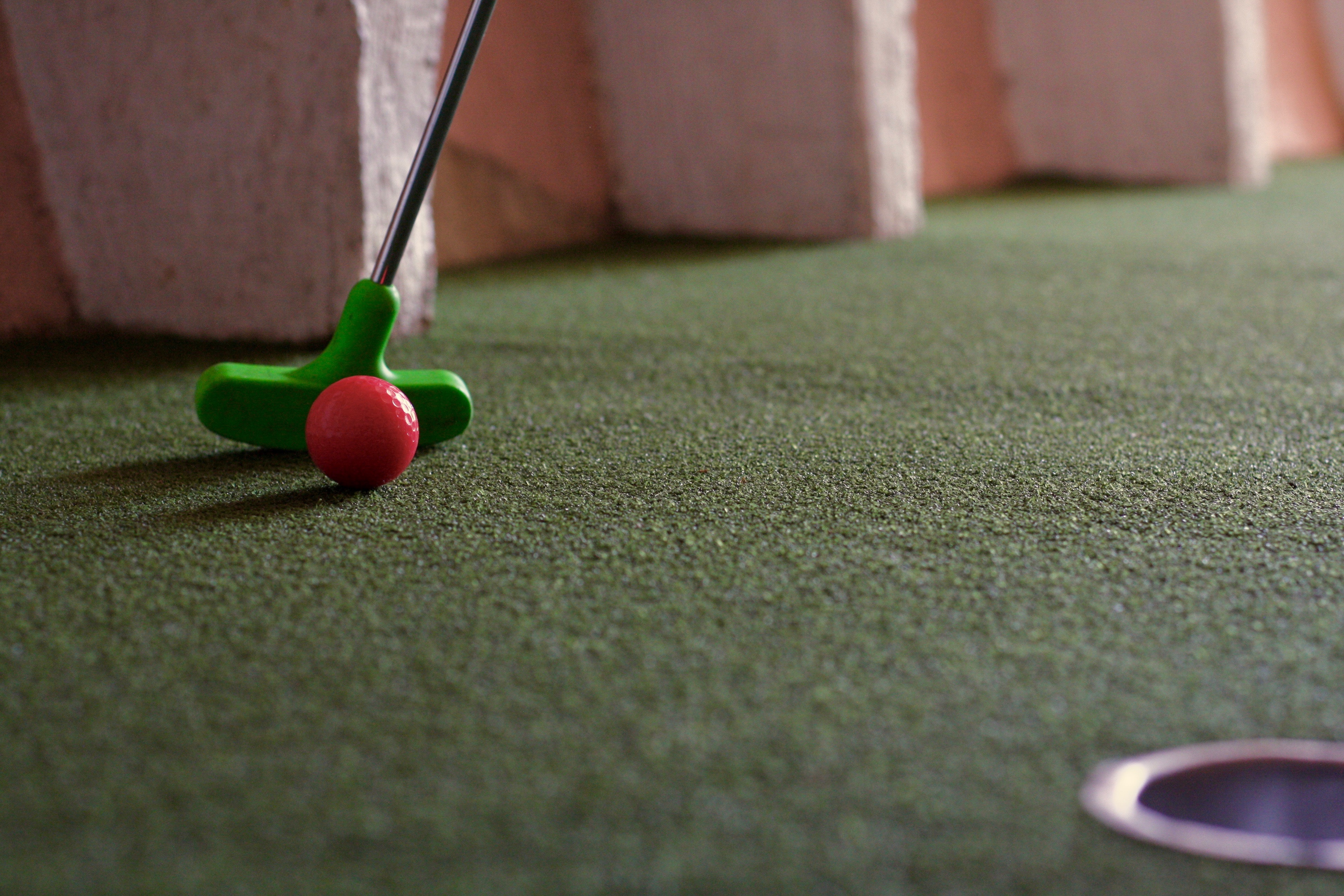 Mini-putt, or minigolf as it also known, has joined the ranks of bowling and billiard, and is now officially considered to be a sport in Quebec.

In an 11-page ruling, the Administrative Tribunal of Quebec overturned a judgment made by a government agency who refused to give a Montreal entrepreneur a liquor licence under the pretext he was not operating a “sports centre.”

“The tribunal subscribes a very large interpretation of sport,” said the tribunal. “The level of energy and physical activity is comparable to that used when playing billiard.”

Joseph Zunenshine, a former real estate developer who bought the franchise rights of the Putting Edge for Quebec, spent the past 18 months – and “a small fortune in legal fees” – trying to convince government authorities to obtain permission to sell liquor at his sports complex in the Montreal suburb of Laval.

The Putting Edge, housed in a 6,000-square-foot space, is an 18-hole indoor mini-putt course lit with ultraviolet light, which causes fluorescent-painted props to glow in the dark. The props consist of large wood cut-outs such as jungle animals, pirate ships, dragons, castles, giant palm trees and tropical plants, all of which are painted in bright, neon colours.

“I’ve always worked in real estate with my family, but last year I took some time off. I was visiting my son and grandkids in Boston,” Zunenshine, whose family is behind the successful real estate business Belcourt Property Management Inc. and Belcourt Properties Inc., told a local paper. “My son sent me to pick up the kids at a birthday party at a glow-in-the-dark mini-putt place. Well, holy mackerel. I was blown away. I thought it was a great idea for a business.”

Young adults over the age of 19 drive 70 per cent of the business, with 90 per cent of sales generated from playing the game, five per cent from fast food sales and five per cent from arcades located on the site. Zunenshine had sought to generate more revenues – and attract a more varied clientele, open to hosting parties and office events – by selling liquor. Liquor would be sold only at the bar.

The tribunal determined that in order to be qualified as a sport centre, a business must meet three criteria: the sale of liquor must be viewed as an add-on (and not the driving force behind revenues), the sport must be centre of its business, and that the centre itself must be relatively large in size – conditions met by The Putting Edge.