Margaret Somerville’s fears appear to be coming true. The founding director of the McGill Centre for Medicine, Ethics and Law predicted that the passage of the Quebec Act Respecting End-of-Life Care would inevitably create a slippery slope. The ethicist asserts that once “the clear line of inflicting death” is crossed, euthanasia will inexorably be extended to a much wider range of people initially covered by the controversial law.

“The combination of an ageing population, scarce and very expensive healthcare resources and euthanasia is a lethal combination,” Somerville, who now teaches at Western Sydney University, told me. “People used to say you can’t talk about cost savings, that this will never be used for cost savings. But in the last couple of years it has entered into the conversation.”

“We are not suggesting medical assistance in dying as a measure to cut costs,” emphasize the authors. “At an individual level, neither patients nor physicians should consider costs when making the very personal decision to request, or provide, this intervention.”

About 80 per cent of members of the National Assembly approved Bill 52, An Act Respecting End-of Life Care on July 2014 after nearly five years of heart-wrenching deliberations across the province by a cross-party committee of the National Assembly that received 273 briefs and heard 32 experts as well as 239 individuals and organizations. Beyond providing guidelines to help patients who want to end their pain, the legislation sets protocols for doctors sedating suffering patients and aims to expand palliative care across the province. It came into effect on December 2015. 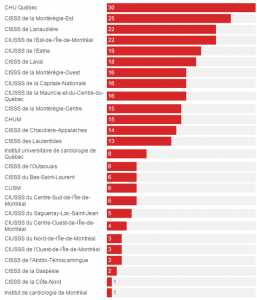 Over 450 Quebec patients were granted physician-assisted death in the first year of the legislation, according to CBC’s French-language service, Radio-Canada. From December 2015 to July 2016, 253 patients requested the procedure, and 166 were granted it. The figures increased significantly between June and December 2015: 468 patients requested the procedure, and 295 received medical aid in dying.

Medical assistance in dying became legal across Canada in June 2016 after the federal Liberal government amended the Criminal Code and passed Bill C-14, which allowed Canadians with terminal illnesses where natural death was “reasonably foreseeable” to choose to die with a doctor’s help. That is a different standard compared to Quebec’s law. Under Bill 52, only patients who suffer from an incurable serious illness, suffer from an advanced state of irreversible decline in “capability,” and suffer from constant and unbearable physical or psychological pain which cannot be relieved in a manner the person deems tolerable can “obtain” medical aid in dying.

Now Quebec Health Minister Gaétan Barrette intends to ask the courts to clarify the controversial concept of “reasonably foreseeable death” restriction used in Canada’s medically assisted-dying legislation. He said that professional organizations representing doctors, nurses, pharmacists, social workers and lawyers expressed concerns about the federal requirement that a natural death must be “reasonably foreseeable” for a patient to qualify for physician-assisted dying.

“The professional organizations told us that phrase, that part of the law creates problems because you can’t define what is a reasonably foreseeable death,” said the minister. “In their opinion, it is unworkable, inapplicable, too fuzzy.”

But the renewed debate surrounding medical assistance in dying seems to have been really driven by a heart-wrenching case of a woman who sought to obtain doctor-assisted dying but was refused because she did not face imminent death. In a case many have described as a mercy killing, the husband of the 60-year old Alzheimer patient was charged with second-degree murder after his wife was found dead in her room in a long-term care facility.

Barrette said that the provincial government intends to name a panel of experts to examine ways to broaden eligibility to assisted dying, to possibly include people with Alzheimer’s disease. The experts will be expected to look at whether it is feasible for people to provide advance directives while they are cognitively competent. “As a physician, I know very well that dementia, Alzheimer’s disease, is a progressive disease. So where do people really want to draw that line? I don’t have the answer to that.”

Somerville would certainly be dismayed by the turn of events, not that she would be surprised by them.

“One of the problems is this idea that is being put across to people that this is just a little tiny change,” said Somerville. “It’s not. It’s a massive, radical change in both the practice of medicine, in our values, and I believe in the substrata of our civilization. Probably the most important value we have is that we don’t intentionally kill each other, and certainly that physicians don’t do that.”