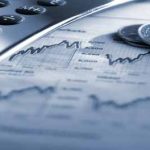 After more than two years of negotiations, Canada and the United Kingdom signed a protocol to amend a tax treaty between the two countries that adds a new “exchange of information” provision and a new clause that would allow a tax authority from one country to “enter the other” to conduct tax audits.

The 12-page protocol, which came into force just before the Christmas holidays, permits an authorized tax representative from the U.K. to enter in Canada to interview individuals or even examine a person’s books and records.

“It used to be that foreign tax debt was viewed as essentially not enforceable in other countries so absent a law imposed through the enactment of a treaty, the Canadian courts would by and large not assist a foreign government in collecting from a Canadian resident,” pointed out Charles Taylor, a partner with Deloitte. “Now, as governments are intent on preventing fiscal evasion, they have agreed to help each other and we have a provision in the protocol that essentially says the two governments will assist in the collection of taxes covered by the convention.”

While the new provision that allows tax authorities to conduct audits in the other country may at first glance appear to be disconcerting, tax experts say that this development, a clear “manifestation of a growing trend towards greater cooperation among tax authorities,” is not something that taxpayers should be worried about. Nor is it a provision that has taken multinational corporations by surprise.

“The fact that tax authorities are cooperating to a much greater extent than in the past is something that all smart multinational clients have been aware of and thinking about for some time now,” said a tax specialist. “It is a novel but relatively non-controversial development.”

The protocol’s inclusion of a new “exchange of information” provision was all but foreseeable given that countries are now taking increasingly aggressive steps to protect their tax base, added Jennifer Rhee, a partner with the accounting firm Richter in Montreal. Canada has so far 22 Tax Information Exchange Agreements (TIEAs) in force,  and is currently negotiating eight more with nations such as Antigua and Barbuda, Belize and the Cook Islands.

Initiated by the Organization for Economic Co-operation and Development (OECD) following a 1998 report that identified “the lack of effective exchange of information” as one of the key elements of harmful tax practices, TIEAs are designed to uncover international tax-avoidance structures. The terms of a TIEA and how it is used are defined by the contracting states. TIEAs, however, usually contain provisions that identify which taxes imposed in each country are subject to the agreement, describe how exchanges of information will occur, prescribe when a request for information may be declined, and treat information received under the TIEA as confidential.

“The amendments of this treaty were made to really to beef up the lines of information exchange,” said Rhee, whose expertise lies with transfer pricing and inbound and outbound international tax issues. “With globalization, there is much more movement of capital and business and people, and the tax rules are trying to keep up with the changing world. Because it is so easy for capital and people to move around, countries want to make sure that they maintain and protect their tax base. That’s why there are all of these TIEAs.”

“The protocol has now brought in the possibility that if the two countries cannot come to an agreement over a number of items, it can go to arbitration,” explained Taylor. “That is a positive development because arbitrators will come to a decision. I don’t think it will be used very often but what it does is increases the incentive for the two competent authorities to come to a reasonable conclusion so it will probably speed up the agreement procedure a bit.”

An interesting omission in the protocol is the absence of changes to the capital gains article, according to a tax bulletin written by Jeffrey Trossman and Jeffrey Shafer at Blake Cassels & Graydon LLP. Under this provision, “immovable property” such as a factory or a working mine is defined narrowly. As a result, a U.K. resident can realize a gain on the sale of shares of an active Canadian resource company without facing Canadian capital gains tax. Its exclusion is notable because the Department of Finance has stated that this provision was generally no longer consistent with Canadian treaty policy. “It had been widely expected that this provision would be replaced by a broader definition of ‘immoveable property’ more consistent with the usual OECD capital gains provisions,” write the two tax lawyers.

In the case of Canada, the protocol has effect for withholding taxes on amounts paid or credited to non-residents on or after January 1, 2015. For other taxes, it will generally have effect in Canada for taxation years beginning on or after January 1 following the Protocol’s entry into force.