A comprehensive report that called on the Quebec government to revamp the province’s administrative justice system has been quietly shelved, all but admitted the Quebec Minister of Justice Stéphanie Vallée before a parliamentary commission at the National Assembly.

The report noted that an absence of clear rules in the nomination process of Quebec administrative tribunal adjudicators allows for partisan influence, compromises their independence, potentially raises questions over their impartiality, and casts doubt over the integrity of a system that directly or indirectly affects all Quebecers.

There are over 400 adjudicators working in Quebec’s 15 administrative tribunals. Over 140,000 cases are handled annually by adjudicators, rendering decisions that have an impact of the basic aspects of the lives of Quebecers, from the cost of electricity to highway accident compensation to wrongful dismissal. Indeed, the researchers point out that all Quebecers will at least once in their lives have recourse to an administrative tribunal and be affected by a decision taken by one of the public agencies.

It’s no wonder then that Supreme Court of Canada Chief Justice Chief Justice McLachlin noted that “without administrative tribunals, the rule of law in the modern regulatory state would falter and fail. Tribunals offer flexible, swift and relevant justice. In an age when access to justice is increasingly lacking, they help to fill the gap. And there is no going back.”

But Quebec’s current system lacks “uniformity, and the protection provided to adjudicators is generally insufficient if not archaic,” highlighted the 2014 report, which took four Quebec law professors five years to complete.

To begin with Quebec does not have a unified regime to appoint adjudicators, validate appointee qualifications, and guarantee independence from government, observed the 375-page report entitled “Administrative Justice: Of Independence and Responsibility.”

Under the current legal framework, nine out of 15 Quebec administrative tribunals are not required under law to appoint adjudicators with special qualifications and nor are they bound by selection criteria, notes the study. There is also an absence of uniformity in working conditions, compensation, and standards of ethics for adjudicators. The length of their mandates, which varies from three to five years, also suffers from a lack of homogeneity.

“I never thought that our report would have been adopted to the letter, rapidly and with enthusiasm by the government,” remarked Pierre Issalys, one of the co-authors of the report. “However, I believed, and still do, that the report addresses this old problem with solutions that deserve to be considered by the government.”

But he now fears that the report will continue to lay in a dustbin. Not that he is surprised. Echoing remarks made by co-author and Université de Montréal law professor France Houle at the time when the report was published, Issalys believes that the provincial government – regardless of who is in power – are loathe to lose their discretionary power, “which in certain cases is practically unlimited,” to replace a nomination system that compensates partisanship and replace it with a nomination system that rewards competence. 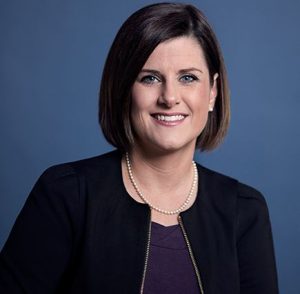 Quebec Justice Minister Vallée said that an inter-ministerial committee is “at present” examining the organization of the province’s administrative justice system. But minutes later she admitted that the committee has yet to get off the ground, and lamely blamed the delay on a four-month strike by government lawyers that took place between late October 2016 and February 2016. The report was published three years ago.

“We must relaunch the committee,” said Vallée. “I will not hide the fact that there have been things that slowly slowed its work, and we’ve talked it about, by the strike by government lawyers. So for sure some work has slowed down, but the intention is to continue the work and carry out a reflection on the organization of the administrative justice system.”

Issalys has not been invited to take part of the committee’s review on the administrative system.

“It’s to be expected that the government will propose a hypothetical reform internally so that it can carefully control its content and reach,” said Issalys.