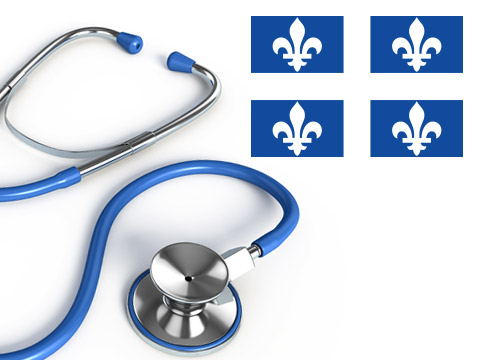 The Quebec ombudsman too is now calling on the provincial healthcare administrator to cease its “restrictive” and “faulty” interpretation of the Quebec Health Insurance Act and regulations to deny children of parents with a precarious migratory status healthcare coverage even though they are born in Quebec.

“The Quebec Ombudsman considers that the solution lies in applying the Act as written,” said an 18-page report by the Protecteur du Citoyen.

The Quebec ombudsman maintains that under the Act and its respective regulations a child born in Quebec and settled in Quebec is entitled to healthcare coverage. Article 5 of the Act stipulates, among other things, that in order for a person to qualify for public healthcare coverage a Quebec resident must be “domiciled” in Quebec and must be a Canadian citizen or a permanent resident within the meaning of the Immigration and Refugee Protection Act.

Article 5 of the Act also states that “an unemancipated minor who is not already domiciled in Québec for the purposes of article 80 of the Civil Code of Quebec is considered to be domiciled in Québec, if the minor has settled in Québec.” The admissibility of a child into Quebec’s healthcare plan therefore is not supposed to hinge on whether a parent is domiciled in Quebec. Rather it is supposed to be dependent on whether the child is “settled” in Quebec, regardless of the status of the parents, maintains the ombudsman.

Debates that took place in 1999 at the National Assembly of Quebec when the provincial government amended article 5 bolster the ombudsman’s position. Pauline Marois, at the time Minister of Health and Social Services, testified that in spite of proposed legislative changes children who were born in Quebec but whose parents were not domiciled in Quebec would still eligible to receive provincial healthcare.

But the provincial health insurance board has a different take. The Régie de l’assurance maladie du Québec (RAMQ), are denying these children their right to healthcare because it ties their eligibility with their parent’s status. RAMQ contends that it is applying the letter of the law. It also maintains that it is preventing an influx of clandestine migration into the province – a stance that the ombudsman plainly states exceeds its mandate. It is not up to RAMQ to “base its decisions on considerations dealing with migration control,” said the ombudsman.

Even the way RAMQ administratively handles these cases is different. By virtue of the Civil Code, when a child is born in Quebec the Registrar of Civil Status of Quebec must be notified. That entails a series of formal steps that need to be taken: upon birth, the hospital hands out a birth registration document which the parents need to complete and send to the Registrar. The Registrar in turn sends the document to RAMQ. RAMQ then creates a file, and looks up the status of the parents. When RAMQ finds out that the child is born to parents with a precarious immigration status, a RAMQ agent is expected to complete the file by calling the infant’s parents.

But that is not what happens. The ombudsman’s investigation revealed that when RAMQ discovers the status of the parent, it “suspends” the infant’s dossier and does not communicate with the parents of the infant. Because the file was never completed, the child does not have access to public healthcare.

The ombudsman also invokes international commitments made by Quebec and Canada to give all children in this country access to healthcare. The right of access to healthcare for all children is enshrined in the Convention on the Rights of the Child. The Convention also recognizes the autonomy of children as  the “holders of their rights as being integral to their best interests,” said the ombudsman.

And like Amnesty International and Doctors of the World, the Quebec ombudsman asserts that children pay the price.

“This means that these children could be deprived of the health services and social services they need if their parents cannot afford the cost,” said the ombudsman. “The consequences can be physical as well as psychological and can hinder the children’s integration with school and the community.”