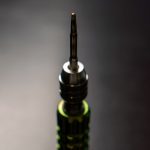 The right to repair is gathering momentum.

So far, at least 25 U.S. states are expected to file repair bills. Across the Atlantic, France introduced a repairability index that compels manufacturers of five categories of electronic devices to rate the repairability of their products. More recently still, the European Commission recently opened a public consultation to gather stakeholders’ feedback on the upcoming proposal for a Directive on Sustainable Consumption of Goods — Promoting Repair and Reuse. Meanwhile in Australia, legislation was passed that requires car manufacturers to give parts, tools, and documentation to independent repair shops.

The movement is reaching beyond legislative efforts. Repair cafés are popping up as are class actions. A group of American farmers filed a class action suit this year against manufacturer John Deere, alleging violations of antitrust laws because they restrict repair.

In Quebec, the provincial environmental watchdog is calling on the provincial government to enshrine a right to repair and tools to fight against programmed obsolescence. Such legislation would help to reduce waste in landfills, said the Bureau of Environmental Public Hearings (BAPE) in a recent report. It also called on the Quebec government to introduce financial incentives to support the repair and reuse sectors. These are “all strong measures” that could have a “direct impact” on the eco-design, reuse and reduction at source,” asserts the report.

“Some products on the market right now are not serviceable, even by a repair shop,” said BAPE commissioner Pierre Renaud.

“Once it stops functioning, it goes in the garbage. And we think that to reduce the amount of these products that go to the garbage, we need to have ways to keep it repairable and serviceable,” Renaud added.

Except Quebec already passed legislation before the National Assembly, a year ago. Bill 197 would amend the Quebec *Consumer Protection Act* to “fight planned obsolescence and assert the right to repair goods.” And similarly to France, the bill would require manufacturers of household appliances to have a repairability label.

Since then, nothing has happened. And it doesn’t look good, said independent member of the National Assembly Guy Ouellette, who introduced a private member’s bill in 2019, drafted with help from law students at the University of Sherbrooke.

“It seems there’s no serious desire to tackle this problem,”  Ouellette said.

But these kinds of reforms have already been achieved in Canada, points out Anthony Rosborough, a faculty member at the Schulich School of Law at Dalhousie University.

There is precedent for these types of policies in the automotive industry, where aftermarket parts and independent repair and servicing have been the status quo for nearly a century. Access to replacement parts and the ability to perform repairs when required in the automotive industry is the foundation for tens of thousands of jobs across Canada, and there is little reason to think that electronics and equipment with embedded computer systems would be any different.