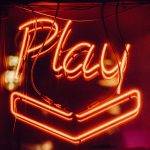 Montreal law firm De Grandpré Chait, a firm specializing in real estate since the beginning of the 20th C, is now branching out to the thriving and world-leading Quebec video game hub after it announced a partnership with a Quebec non-profit organization.

In what has been described as an “imaginative way to do business” in the flourishing sector by a lawyer familiar with the Canadian legal business landscape, De Grandpré Chait will be offering legal services at a discount to more than 300 members and partners of the Quebec Video Game Guild. The Guild, the largest group of its kind in the world, brings together independent and international video game developers, creators, educational institutions and entrepreneurs established in Quebec.