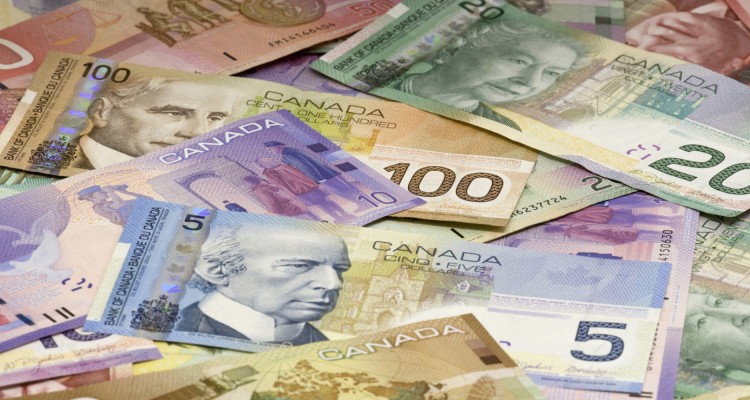 The Bank of Montreal has been ordered by the Quebec Court of Appeal to pay a Quebec enterprise a staggering $26.8 million, including interest and costs, for acting in bad faith, the second time in less than a year that Canada’s fourth largest bank was on the losing end of a multi-million dollar lawsuit in Quebec.

The ruling, the latest in a recent series of judgments that clearly signals that the Quebec Court of Appeal has jettisoned restraint when awarding damages against organizations that act in bad faith, has sharply divided Quebec’s legal community, with some calling it a wake-up call for financial institutions while others grumble that the ruling makes for bad law.

“This latest judgment reinforces what the Court of Appeal has said previously, and that is, banks are bound like any businessman to carry out dealings in good faith,” remarked Gerald Kandestin, a senior partner with Kugler Kandestin LLP, a Montreal boutique law firm that won a case before the appeal court last September that ordered BMO to pay the National Bank of Canada $12.6 million, with costs, for having committed an extracontractual fault. (The application for leave to appeal before the Supreme Court of Canada was dismissed this March). “When you act in bad faith, when you do things intentionally with a view to harming you are accountable. Banks are not above the law. This case reflects that.”

The unanimous ruling chastises BMO for “clipping the wings” of TMI-Éducaction.com inc, a nascent high tech firm with a “promising future” in e-learning, the use of electronic media, educational technology and information and communication technologies in education. The case began in a roundabout way when Multipartn’r, a high-tech firm, acquired in 1999 Learnix, an enterprise that was developing a software platform for e-learning. In August 2000, Louis Lessard spotted the potential of e-learning, and approached Multipartn’r to acquire its e-learning business. Lessard and other investors reached an agreement in principle to purchase Multipartn’r’s e-learning division for $2.3 million agreement in September 2000. The deal required BMO’s authorization as the bank held in security Multipartn’r’s debts. During negotiations, BMO wanted the new enterprise, TMI-Educaction.com inc., to guarantee Multipartn’r’s $6.5 million debt. Éducaction refused, and BMO apparently relented.

In May 2001, a couple of weeks before Éducaction was going to make its entry into the stock market, BMO sent a letter of default to Éducaction for failing to respect financial ratios, or in banker’s parlance, breach of financial covenants. Six months later, the bank stepped in and thwarted a proposition agreed to by creditors in bankruptcy proceedings that would have saved Éducaction from bankruptcy. While the company was in financial difficulty, the appeal court upheld the lower court ruling that found that BMO rescinded its financial support “without valid reasons.”

“It sent the letter of default to carry out its backdoor strategy, not because it feared any hypothetical loss. It still intended to force Educaction’s investors to pay Multipartn’r’s residual debt,” noted the appeal court in Banque de Montréal v. TMI-Éducaction.com inc. 2014 QCCA 1431. “BMO knew that the Exchange listing and the IPO were vitally important to Educaction’s project. It also knew that the default letter created an obstacle to going public. BMO was fully aware of the situation when it refused to withdraw the default letter and gave its notice of intent.”

Or as Montreal corporate and commercial litigator Karim Renno succinctly puts it: “BMO was basically trying to artificially create leverage for themselves and get concessions from Éducaction and its shareholders that they knew they weren’t supposed to be getting.”

Éducaction did not contest that the bank has a contractual right to recall the loan nor to realize on its security. But beginning with the SCC ruling in Houle v. Canadian national bank, [1990] 3 SCR 122, there have been many decisions that clearly state that a creditor should not realize its securities before giving the debtor, depending on the circumstances of each case, a reasonable time to meet its obligations, points out Jacques Larochelle, a well-known Quebec lawyer who successfully plead the case. In short, financial institutions must act in good faith, he added.

“What is extraordinary about this decision is that it does not limit the analysis to only providing a debtor with a reasonable time to meet its obligations,” explained Larochelle. “It says that the bank, purely and simply, must conduct itself in good faith, which includes an obligation to provide a reasonable notice. But it also implies that in certain circumstances such as when its debt is not in peril and that its financial support is vital for the health of a promising enterprise, that the bank must collaborate with the enterprise and not cause it harm. The importance behind this ruling is that it widens the notion of good faith as it is applicable to banks.”

Some lawyers such as banking lawyer Michel Deschamps are puzzled by the decision, going so far as to describe it as a “poor” ruling. Deschamps, a partner with McCarthy Tétrault LLP in Montreal, says that it is common practice for banks to call in their loans when debtors are in breach of financial covenants. Financial ratios, he explained, are necessary to protect and secure loans made by financial institutions.

“I suspect that there will be other cases,” said Deschamps. “I suppose that if there are situations in the future where a bank is fully secured and wants to call the loan based on a breach of financial conveyance, the courts will allow that and will distinguish future cases on the basis that the facts of the BMO case were very peculiar. I cannot believe that it could otherwise be the case.”

The ruling will no doubt prove to be a wake-up call for financial institutions particularly because of the damages awarded to Éducaction, says Renno, a partner with Irving Mitchell Kalichman. “Remember financial institutions look at risk-reward all the time,” noted Renno. “They try to figure out the balance between the protection of their investment in a company without getting sued, and how much they can get sued for. This is why the judgment is a wake-up call for them. It changes the calculation a little bit.” In other words, it will not be surprising if banks will be slightly more wary and consider other factors besides financial ratios before recalling their loans because they can potentially expose themselves to costly damages if the courts find that they acted in bad faith.

The ruling also highlights the development of a new trend by the Quebec Court of Appeal over its interpretation of good faith. The BMO case is the latest in a series of recent decisions in which the appeal court emphasizes the need for institutions to act rationally and in good faith, said Renno. “If you take any single employee, none of them individually acted in bad faith,” said Renno. “But if you look at the conduct of the company then you have what they call institutional bad faith. That is something that is very much of a new trend by the Court of Appeal.”