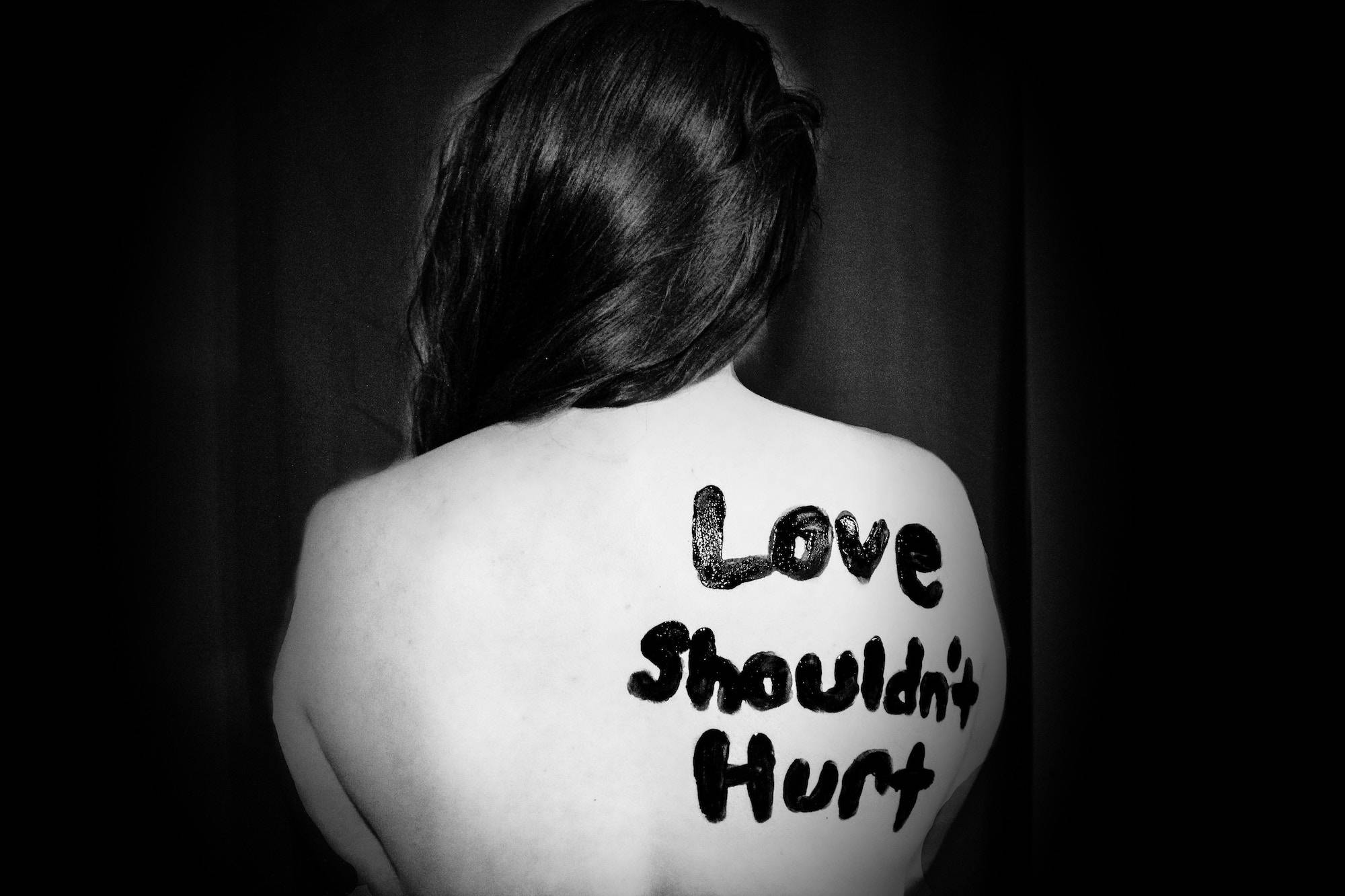 Canadian judges have demonstrated very little awareness over the heightened risks of domestic violence during the COVID-19 pandemic, a situation that should prompt judges to attend comprehensive legal training over what the United Nations has described as the “shadow pandemic,” according to human rights and legal aid experts.

With several provinces once again tightening health measures to thwart the spread of the debilitating virus, helplines for women facing violence at home are concerned that there will be an uptick in cases at a time when providing services to those in need are already constrained, added the experts. Research has shown that social isolation, loss of employment and reduced income are all factors known to increase the risk of domestic violence – conditions that have been “heightened” in recent months, according to Statistics Canada. During the first four months of the COVID-19 pandemic, 17 Canadian police services reported a 16 per cent decrease in selected criminal incidents but a 12 per cent increase in the number of calls to attend “disturbances” compared with the same period the year before, added the recent Statistics Canada report. Calls to police classified as domestic disturbances can involve anything from a verbal quarrel to reports of violence at a residence.

Court directives across the country have prioritized so-called urgent cases, points out a study that offers a preliminary assessment on whether the Canadian courts weighed the impacts of the COVID-19 pandemic while presiding over domestic violence cases. This was done often explicitly through various kinds of protective orders for victims of domestic violence, and in some jurisdictions changes to legal aid eligibility and services were introduced to make it easier to gain access to legal advice and representation, notes the study entitled “COVID-19, the Shadow Pandemic, and Access to Justice for survivors of Domestic Violence.”

However the study concludes, after examining 67 reported decisions issued by provincial, territorial and superior courts in all Canadian jurisdictions after the pandemic was declared in mid-March, that the cases overall reveal “very little awareness” of the heightened risks for “survivors” due to COVID-19, a disappointing but not a surprising outcome, said University of Calgary law professor Jennifer Koshan, who conducted the study along with Janet Mosher at Osgoode Hall Law School of York University and Wanda Wiegers of the University of Saskatchewan.

“What we’re seeing in these cases long predated the pandemic, and some of the ways in which the legal system minimizes domestic violence in the family law realm,” said Koshan, who was a Crown counsel in the Northwest Territories and worked as the legal director of the B.C. branch of the non-profit equality rights organization Women’s Legal Education and Action Fund (LEAF). “It really does go beyond what is happening in individual cases with individual lawyers and individual judges. It’s much more about the systemic failings of our current legal system to respond to the needs of survivors of violence.”

That is a viewpoint shared by Justine Fortin, a lawyer and project manager with Juripop, a Montreal non-profit organization that offers accessible legal services. In March 2020, with the help of a $2.6-million contribution by the Quebec government, Juripop launched three pilot projects: a legal hotline to help victims of sexual violence, another legal hotline to assist victims of domestic violence and the services of a staff family lawyer who is handling 25 domestic violence cases.

“From a legal perspective, the pandemic has put domestic violence in the spotlight, highlighted that women have little access to services, and that there is little recognition by the courts (to domestic violence) in a context where everyone is confined in the same home,” remarked Fortin.

The study points out that in most of the family law cases, which composed two-thirds of the study’s sample, two major issues generally had to be determined – whether an additional threshold requirement of urgency had been met for the hearing to proceed, and if so, what the substantive outcome should be on its merits. In dealing with the issues, the courts generally relied on two trends that have dominated family law jurisprudence since the 1980s. One is “settlement mission” which seeks to encourage or pressure parties to resolve conflicts outside of trials, and the other referred to as “maximum contact,” which fosters the notion that children and both parents should maintain relationships.

“In the COVID-19 context, the problem with the idea of the settlement mission, combined with the problem that only urgent cases are being heard by the court, is that parties are really being directed to try to resolve things between themselves before they show up in court,” observed Koshan. “And that may be very difficult for someone who is a victim of violence to do because there could be a huge power imbalance in the relationship. And so directing the parties to try to settle things out of court because of the exigencies of the COVID-19 pandemic is just really sort of feeding into the pre-existing power dynamics.”

The problem with urgency motions is that the courts have generally interpreted court directives rather narrowly, said Koshan. In fact, the study suggests that the strict and narrow definition of urgency may have lead to dissuade lawyers and self-represented litigants from pursuing this avenue. In a leading case which involved allegations by the wife of surveillance and financial abuse by her husband, Ontario Superior Court Justice Marvin Kurz in Thomas v. Wohleber, 2020 ONSC 1965 held that the urgency requirement must be enforced with rigour and “scrupulousness.” In order for a matter to be determined as urgent, concerns must require an “immediate” resolution, must be “serious” in that it significantly affects the health or safety or economic well-being of the parties or their children, must be “definite and material,” and must be “particularized in evidence.” Koshan argues that while such a high threshold may capture “discrete and serious” instances of financial and physical abuse, it fails to take into account a host of strategies and behavioral patterns used by abusers that can over a long period work to maintain coercive control. The study points out there is increasing recognition that domestic violence is characterized by coercive control.

On top of that, when judges presided over urgency motions, they placed significant weight on pre-existing parenting arrangements in order to maintain contact between the child and both parents, notes the study. In the cases the law professors reviewed, applications for access or for the return of children that were found to be urgent usually took into account the well-being of the child as opposed to their safety or their mother’s safety. Moreover, court directives have imposed onerously complex procedural requirements to establish urgency motions, which may explain why such requests in cases involving domestic violence were lower than expected in Ontario.

“When there was physical violence, we have had no problem going to court,” said Fortin. “But in cases involving coercive control or psychological violence where the children’s situation was relatively safe, it was not treated with the same degree of urgency.”

On the merits of applications, it has always been tough for prove domestic violence, particularly if the allegations are contested or if there is absence of criminal charges, and more so during the COVID-19 pandemic when access to various sources of evidence that might provide verification is extremely limited, said the study.

In the criminal law context, the law professors found that the courts have weighed the risk of contracting COVID-19 in jail with the risk of harm, or further harm, to complainants. “There were a few cases where the judges did do a good job of recognizing the fact that domestic violence has increased in frequency and severity during the pandemic but certainly there were other cases where judges did not seem to have much awareness of that and made decisions to release the accused persons back into the community in situations where their partners or their ex-partners were arguably at risk,” explained Koshan.

The study does note that some positive steps were taken to deal with domestic violence during the pandemic. Alberta has provided legal aid duty counsel to help applicants, and Legal Aid Alberta introduced measures to allow victims to apply for emergency protection orders (EPOs) online rather than in-person or through an authorized third party as was the case before the pandemic struck. As well, a new temporary service was introduced to provide after-hours access for duty counsel to support victims of family violence at hearings before a Justice of the Peace, said Christina Riddoch, a Legal Aid Alberta staff lawyer and team lead of the EPO program in Edmonton. “Without these services, claimants would be vulnerable and on their own,” said Riddoch. “We’re here to help them navigate through all of this, to assist them in determining what they need to do next. The hope is to make sure that this is all a little less overwhelming.”

Koshan, like Fortin, believes that judges and lawyers alike should be encouraged to deepen their understanding of domestic violence that would include, among other things, a more profound awareness  of the increased risks and changing tactics. “What is required is judicial education, in the same way there’s been a lot of judicial education recently in the sexual violence realm,” said Koshan. “Some of the things that we talk about in the study relate more to the social context of family violence and the need for judges not to be making certain assumptions about family violence that may make it more difficult for survivors to prove their cases in court.”

Juripop is now in the midst of preparing a four-day course on domestic violence for lawyers. It is expected to be launched at the beginning of 2021.