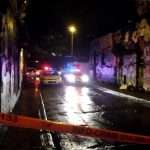 The challenge for plaintiffs to obtain punitive damages against police was plainly illustrated yet again according to legal experts after four victims of the 2012 election shooting in a Montreal downtown venue that targeted then-premier-elect Pauline Marois of the Parti Québécois won a partial victory following a court decision that awarded them nearly $300,000 in pecuniary and non-pecuniary damages.

Quebec Superior Court Justice Philippe Bélanger found that the provincial and Montreal police forces committed a fault of omission and failed to ensure to ensure the safety of the public after they carried out a flawed security plan that allowed a gunman to kill lighting technician Denis Blanchette and seriously injure a second technician who was struck by the same bullet. Justice Bélanger ordered damages to be paid to Blanchette’s colleagues who survived the shooting after they successfully argued that they suffered from post-traumatic stress and other psychological damage following the shooting.

But to the disappointment of Virginie Dufresne-Lemire, a Montreal lawyer who represented the four victims, Justice Bélanger dismissed claims for punitive damages. Each of the plaintiffs sought punitive damages of $120,000, based on sections 1 and 49 of the Quebec Charter of Human Rights and Freedoms, from the provincial and Montreal police on a joint and several basis. “Whatever the plaintiffs may say,” police did not commit an intentional breach that would justify an award of punitive damages that, “in any event, would not serve any real objective of prevention or deterrence,” held Justice Bélanger in Parisien c. Procureur général du Québec, 2022 QCCS 4483, a decision issued on Nov 30.

“A lawsuit against the police is difficult, but proving the intentional character” of a fault is even more challenging, said Dufresne-Lemire of Arsenault Dufresne Wee Avocats LLP. “I thought we had proven this, given that there was a botched investigation (of the security breach) and a six-page report that contained false information. I must admit that I find it difficult. The judge blamed them quite severely for this, but did not award punitive damages.” Dufresne-Lemire added that her clients, though they want to put this behind them, are considering filing leave to appeal because “the police came through this all right and as far as we’re concerned deserved to pay punitive damages.”

But University of Ottawa law professor Mariève Lacroix is far from surprised by the court’s dismissal of punitive damages. In Quebec, punitive damages can only be awarded where provided for by article 1621 of the _Civil Code of Quebec_ (CCQ). Under article 49 of the Quebec Charter such damages can be awarded in the event of unlawful and intentional interference with rights protected under the Charter. That has historically proven to be a high bar to meet, noted Lacroix, who authored a study “Civil liability of police forces: The impact of the Quebec Charter and punitive damages.” The 2017 study, which reviewed 88 decisions involving article 49 of the Quebec Charter where litigants sought punitive damages, points out that punitive damages are being invoked more frequently by litigants. But the majority were not awarded due to an absence of evidence of intent and bad faith on the part of police. Instead, courts tend to conclude that there is a simple fault that requires only an award of compensatory damages, according to the study. Of the 88 court decisions that were reviewed, only 24 awarded punitive damages, and the overwhelming majority awarded less than $10,000, revealed the study.

In this case, Lacroix points out that Justice Bélanger heeded guidance from the Quebec Court of Appeal in Hogue c. Procureur général du Québec, 2020 QCCA 1081 that stated that the twin test of unlawful and intentional interference “means that even the most extreme negligence of a party at fault cannot lead to a judgment” for punitive damages.

“The judge puts the onus on the plaintiffs to show that the breach of their integrity is both unlawful and intentional,” said Lacroix. “So they have the burden of proving that the wrongful conduct is intentional. That is a very high bar. So, here, once again, there is a very strict interpretation of intentional infringement, rightly or wrongly, but it does prevent the awarding of punitive damages against the police force. So, perhaps, if the criteria had been opened up more widely, it would be possible, where appropriate, to apply for, or even request and receive, punitive damages.”

But in spite of its dismissal of the claims for punitive damages, the voluminous 103-page decision is “important” because it analyzes a host of issues that are infrequently examined by the courts, ranging from the notion of fault of omission as applied to police to the concept of reasonable foreseeability and adequate causality to prescriptive or limitation periods and to post-traumatic stress disorder and whether it can be deemed as bodily harm.

“It is a judgment which, in my opinion, does not necessarily make new law, but which confirms so many elements,” said Dufresne-Lemire. “There were so many questions that arose in this case. It’s rare to find cases where it’s a fault of omission and even less so a fault of omission in relation to the responsibility of the police.”

The plaintiffs sued the Quebec provincial police and Montreal police for failing to properly gauge the risks associated with the event held at the venue where then-premier-elect Marois was delivering a victory speech in September 2012. The plaintiffs alleged that both police forces committed a fault of omission by failing to provide a police presence and a security perimeter behind the Métropolis nightclub, the very place where the new premier was expected to be leaving after delivering her victory speech and where the plaintiffs were waiting before beginning their shift. They assert that they would have not suffered harm if police established and properly executed a security plan because the attack would not have occurred.

Justice Bélanger held that police are subjected to an obligation of means, and where a failure to protect is alleged, the question is whether a normal police officer would have been able to foresee and avoid the danger. Both police forces maintained that they committed no fault as they did not stray from any standard then applicable in the planning and execution of their security plan on the evening of the unfortunate incident. But Justice Bélanger, after analyzing the fault of omission under the prism whether the risks that the police forces are required to guard against were foreseeable at the time for normally prudent and competent officers placed in the same circumstances, held that police should have had in place a plan that was adaptable and reasonably foreseen the risks, particularly since “the Premier of Québec (and not a party leader) would be exiting the Métropolis from the back.” Justice Bélanger concluded that “these two police forces together failed in their duty to protect the public, so that their fault can be characterized as common and caused each plaintiff a unique prejudice.”

“There are not many decisions that analyze causality with a kind of omission,” noted Dufresne-Lemire. “The judge confirms that we can conclude that there is causality with serious, precise, concordant inferences and presumptions so it’s also important to remember that this proof can be made by presumptions.”

According to Daniel Gardner, a law professor at the Université Laval whose 2016 book _Le préjudice corporel_ (Personal Injury) was abundantly cited in the decision, the ruling “is a good judgment, very well-supported by the facts.” He added that if the ruling is ever appealed, “I find it hard to see on what basis the judge could be said to have clearly erred, and that his conclusions on causation, in particular, are logical and well reasoned.”

Much of the debate that encompassed the 18 days of trial dealt with the issue of prescription, said Dufresne-Lemire. “That was one of the biggest battles because if we lost on the prescription, we lost everything,” remarked Dufresne-Lemire. The Montreal police force argued that the plaintiffs did not suffer personal injury and that their claim should be subjected to the six-month limitation period set out in the Quebec Cities and Towns Act. Article 2930 CCQ, however, overrides this short limitation period where the action against the municipality “is based on the obligation to repair bodily injury caused to another person.” Though case law is “sometimes skeptical” that another form of psychological injury can give rise to bodily harm, Justice Bélanger noted that the “law recognizes” that an injury to physical “integrity” often results in victims other than the immediate victim who is physically injured. “In the Court’s opinion, this psychological trauma suffered by the plaintiffs is unquestionably based on the (Montreal and provincial police’s) obligation to compensate for bodily harm caused to others within the meaning of article 2930 C.C.Q.,” held Justice Bélanger. He added that the psychological harm they suffered is the consequence of a serious and direct threat to their physical integrity. “Consequently, according to the Court, the plaintiffs’ damages stem from an attack on their physical integrity and constitute bodily injury covered by article 2930 of the Civil Code,” concluded Justice Bélanger.

He awarded each of the four plaintiffs $70,000 in damages — something that Gardner lauded. “The fact that all four victims were awarded the same amount of compensation, even though they each experienced the consequences of the attack very differently, shows how sensitive the compensation of non-pecuniary losses is, and how victims tend to compare themselves with each other,” noted Gardner.

While the financial compensation the plaintiffs is “important,” Dufresne-Lemire said that her clients were especially touched by Justice Bélanger’s conduct. “The judge listened to them with so much empathy and respect that our clients at the end of the process, even before the judgment, were already satisfied,” said Dufresne-Lemire. “Finally, they were heard and believed because from the beginning they had been treated as non-victims. The capacity to turn the page, to be recognized what you experienced, is enormous.”