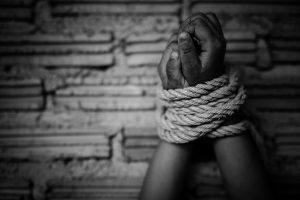 The decision marks yet another stinging setback for the federal authorities who unsuccessfully sought to overturn a lower court ruling that ordered them to pay $426,100 in pecuniary and moral damages to the couple and their three children.

“This is such a troubling case I can hardly believe it,” remarked Julien Grégoire, a Quebec City criminal lawyer with Gagnon et associés LLP. “I’m aghast and shocked by the conduct of the RCMP and its officers in this incredibly sad case. It is yet another horrible case to the numerous scandals involving this police corps.”

In the wee hours of the morning on January 25, 2006, 12 people, including 5 RCMP members, six Laval police officers and a Canada Border Services Agency, searched the home of Nichan Manoukian and his wife Manoudshag Saryboyajian for evidence dealing with their domestic helper who they suspected was the victim of human trafficking. Following an investigation by the RCMP, the Manoukian’s were charged nearly 15 months later, in May 2007, with trafficking in persons (s. 279.01 of the Criminal Code), receiving a material benefit (s. 279.02 Cr.C.) and withholding or destroying documents (s. 279.03 Cr.C.). Four days after the charges were laid, an RCMP constable issued a “patently false” press release and press briefing, according to the appeal court. The charges were dropped in December 2007, and in May 2008 the Manoukian’s launched a civil suit, a matter that was heard a decade later.

In January 2018 Quebec Superior Justice France Dulude issued a highly detailed 91-page ruling that found that the Attorney General of Canada and the RCMP officer had committed a fault and ordered them to pay the Manoukian family $426,100, including $125,000 for loss of income for the husband, $21,100 for other pecuniary losses and $150,000 in moral damages, $50,000 in moral damages to the wife, and $20,000 each to their three children. But Justice Dulude did not award punitive damages.

Justice Dulude found that there were reasonable and probable grounds to believe a crime had been committed considering the evidence available to the constables at the beginning of their investigation, thereby warranting the search. However Justice Dulude found the appellants liable for the damage to the Manoukian family because they conducted a “negligent and botched” investigation that systematically dismissed exculpatory evidence, submitted an incomplete investigation report to the Quebec Director of Criminal and Penal Prosecutions, and issued a misleading press release and press conference.

In an “extremely well reasoned” decision, the Quebec Court of Appeal upheld the lower court ruling and reaffirms yet again that investigating police officers face a high standard of care and reiterated that their role is to gather evidence and weigh it against the standards and practices established for their profession. It also briefly delves into the relatively new Criminal Code provisions dealing with human trafficking, and more importantly appears to slightly open the door to make it somewhat easier for litigants seeking punitive damages under the Quebec Charter of Human Rights and Freedoms, according to criminal law and human rights experts.

In Quebec, punitive damages can only be awarded where provided for by article 1621 of the Civil Code of Québec. Under article 49 of the Quebec Charter such damages can be awarded in the event of unlawful and intentional interference with rights protected under the Charter. That has historically proven to be a high bar to meet, noted Mariève Lacroix, a law professor at the University of Ottawa whose study “Civil liability of police forces: The impact of the Quebec Charter and punitive damages” was cited by the Quebec Court of Appeal. The 2017 study, which reviewed 88 decisions involving article 49 of the Quebec Charter where litigants sought punitive damages, points out that punitive damages are being invoked more frequently by litigants but the majority were not awarded them because the police conduct was not intentional. The need to prove intent to harm has thwarted the award of such damages, said Lacroix. Of the 88 court decisions that were reviewed, only 24 awarded punitive damages, and the overwhelming majority awarded less than $10,000, revealed the study.

“The Quebec Charter is a good instrument to stigmatize the conduct of police forces through civil law proceedings,” said Lacroix. “But requiring litigants to prove intention to harm appears to be too restrictive and often victims are unable to obtain punitive damages. The Court of Appeal decision said one can nuance this intention to harm by adopting a large and liberal approach. This approach gives victims of police misconduct a greater chance of being awarded punitive damages. It is an opening.”

Julius Grey, a Montreal human rights lawyer with Grey & Casgrain LLP, views the decision as an evolution in case law where the courts may in the future grant punitive damages even in the absence of “absolute knowledge” regarding intent.

“The real question in exemplary damages is how intentional do they have to be,” said Grey. “Some people have said that it has to be completely intentional, and so if they didn’t intend it even if they were grossly negligent there can be no exemplary damages. I think now we are settling the idea that negligence gross enough is tantamount to intention.”

According to Jean-Claude Hébert, a Montreal criminal lawyer and author, the appeal court decision illustrates the tension within the Quebec courts over the notion of awarding punitive damages. Many judges fear there is a risk it could lead to shadowing the United States’ example, and therefore “tend to view this remedy with prudence and restraint,” said Hébert. “In theory, the legal avenue is open to a wider use of more generous punitive damages. But to date, there does not appear to be in Quebec a strong tendency to use this extraordinary relief.”

The Quebec Court of Appeal found that the misconduct of the appellants when they laid charges against the Manoukian’s did not constitute an unlawful and intentional “interference” with the rights of the Manoukian’s. “While the appellants certainly committed a fault in the conduct of their police investigation by failing to meet the standard of care applicable to a constable, it cannot be inferred that they knew that it would cause an unlawful interference with the (Manoukian’s) inviolability and dignity,” held Quebec Court of Appeal Justice France Thibault in Procureur général du Canada c. Manoukian, 2020 QCCA 1486.

However it was their misconduct over the dissemination of “clearly false information” that led the appeal court to conclude that they unlawfully and intentionally interfered with the Manoukian’s right to dignity and inviolability. The appellants disclosed and published false information that they knew to be false at the time. They “could not have been unaware,” added the appeal court, that their conduct would have the “natural, immediate and extremely probable consequence” of interfering with the Manoukian’s inviolability and dignity.

“Moreover, after the fact, instead of acknowledging the extreme weakness of their position regarding the Manoukian’s commission of a crime, apologizing or issuing an official retraction, the appellants argued the untenable before the Court, suggesting again and again, against all expectations, that the Manoukian’s were possibly guilty of the crime of trafficking in persons, and that they themselves had not been at fault at the press briefing and the press release,” said Justice Thibault.

After determining that the appellants had unlawfully and intentionally interfered with the Manoukian’s right to dignity and inviolability, the appeal court then turned to assess the punitive damages as governed by article 1621 of the Civil Code. Among the factors the appeal court took into account was the fact that the misconduct was undertaken by police officers acting as agents of the state, the hierarchical level of those involved within the RCMP, the motivation for the misconduct – namely an eagerness to present to the public the first case of trafficking in persons in Canada – as well its complete lack of acknowledgement of their wrongdoing and the extensive media coverage of the case in Canada and around the world.

“This amount is necessary to ensure the desired deterrent effect and thus avoid the repetition of such a police blunder in the future, while respecting the principle of moderation,” concluded Justice Thibault. “A lesser amount would not adequately reflect the judicial denunciation of the unacceptable behaviour of the police officers of the case.”

This article was originally published in The Lawyer’s Daily.