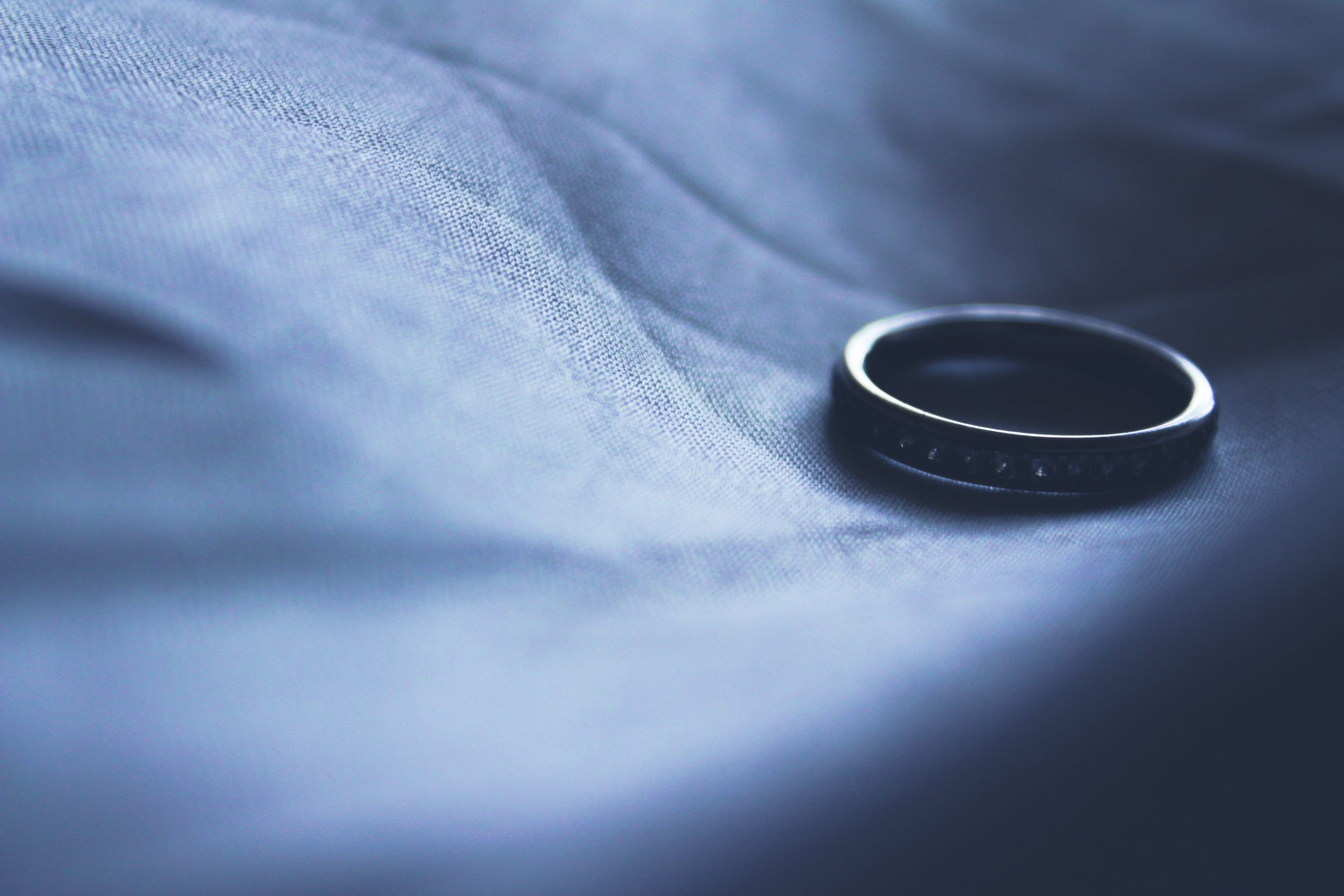 A wealthy businessman was ordered to pay $2.4 million to his former common law-former partner as he left the relationship with a disproportionate share of the wealth accumulated by the parties’ joint efforts, held the Quebec Court of Appeal.

The appeal court decision, the latest in a slow but steady line of rulings that signals a steady evolution in the way Quebec courts are dealing with legal issues stemming from de facto couples, reaffirms that former common law spouses can make claims of unjust enrichment and be granted monetary awards when they are able to prove that the partners were engaged in a joint family venture, according to family law experts.

But while the appeal court is “bending over backwards” to state it is not imposing family patrimony rules or partnerships of acquests that apply to married spouses or those in civil unions on de facto spouses, it remains that the decision may nevertheless open the door to former common-law spouses to obtain alimony or evenly share the proceeds of the wealth generated by the parties’ joint efforts, added family law experts.

“The judgment kind of confirms that Quebec courts are on a path of trying to use unjust enrichment to remedy injustice when a long-term cohabitation ends,” observed Robert Leckey, dean of the McGill University’s Faculty of Law and a family law expert who was cited in the appeal court ruling. “But the cohabitant will still have to produce evidence and make out her case in an individualized way that married people don’t.”

The appeal court decision may have wide-reaching consequences, according to Michel Tétrault, a family law expert who has written “Droit de la famille.” Besides laying the legal groundwork for unjust enrichment in Quebec civil law, the appeal court decision provides an underpinning for the possibility of using certain common law concepts of unjust enrichment to civil law, said Tétrault.

The decision also eases the criteria to establish unjust enrichment because the courts will likely seek to seek to avoid inequities, added Tétrault. “The courts will less likely focus on calculations or amounts but rather seek to determine whether it is inequitable if an ex-spouse is not compensated to what they contributed,” said Tétrault, Ad. E. “The courts will have to integrate the concept of equity while examining unjust enrichment. That is significant because equity is not a concept that is applied in civil law, unlike common law.”

The case involves a common-law couple who lived together for 16 years, beginning in 1997. As of 2000, he devoted himself entirely to developing a business he launched while she worked. The couple had two children between 2001 and 2003 at a time when his business was struggling, and it was her salary that helped sustain the family even though she took two maternity leaves until 2004 to care for the children. Things changed in 2007. His business became successful, and as a result he considerably reduced his workload after his business. Five years later, in 2012, he sold his business for $65 million, giving him a personal profit of $17 million. A few months later, he left his partner, giving her $100,000. She sued him for unjust enrichment in 2015.

Quebec Superior Court Justice Robert Mongeon, heeding guidance from the Quebec Court of Appeal in Droit de la famille – 132495 2013 QCCA 1586 and the Supreme Court of Canada’s Kerr v. Baranow 2011 SCC 10, [2011] 1 S.C.R. 269, concluded that were it not for her commitment to her spouse, their children and their household, the man would not have been able to devote so much energy and time to his business which made him a multi-millionaire. The man admitted as much in a book he wrote, pointed out Justice Mongeon who ordered the man to pay his ex nearly $2.4 million, an amount that represented 20 per cent of his net assets at the time they separated.

He appealed, arguing that the lower court judge usurped the role of the Quebec legislator by adopting common law remedies conferred by equity in cases of unjust enrichment that are foreign to civil law. The trial judge should have instead resorted to Article 1493 of the Civil Code of Quebec where the traditional measure has been to rely on the value of services received from the spouse, akin to paying a housekeeper had he not been involved in a relationship, he added. He also maintained the Quebec Court of Appeal “wrongly decided” the case in Droit de la famille – 132495 2013 QCCA 1586, the decision that the trial judge used to buttress his findings, as it too relied on common law concepts such as “joint family venture” and “value survived” that are alien to civil law. On top of that, he asserted that the trial judge failed to respect guidance issued by the SCC in the notable “Eric and Lola” case, Quebec (Attorney General) v. A, 2013 SCC 5, [2013] 1 S.C.R. 61 in which it upheld the constitutional validity of the articles of the Civil Code which provide that the support obligation and the division of the family property apply exclusively to couples who are married or who have entered into a civil union and not to de facto spouses.

The Quebec Court of Appeal dismissed the arguments. “Civil law has the capacity to adapt to changes in society, and on occasion integrate notions borrowed from other legal systems so long as there is a legal basis,” noted Quebec Appeal Court Justice Stéphane Sansfaçon in a 63-page decision in Droite de la famille – 201878, 2020 QCCA 1587. Chief Justice Manon Savard concurred in separate reasons as did Justice Claudine Roy.

Justice Sansfaçon pointed out that the SCC did exactly that in Cie Immobilière Viger v. L. Giguère Inc., [1977] 2 S.C.R. 67 when it addressed a situation it considered unjust, and the conditions for applying the unjust enrichment remedy were subsequently codified in Article 1493 of the Civil Code. Contrary to what the man claimed, the notions of joint family venture — characterized by mutual effort, economic integration, actual intent and priority of the family — and value survived (the increase in value of the defendant’s property as a result of the plaintiff’s activity) are not foreign to civil law, added Justice Sansfaçon.

“The appeal court decision reinforces the possibility of value survived as a remedy, which could be awarded when the facts prove that there was a joint family venture, meaning in cases where the contributions of both parties over time have resulted in an accumulation of wealth,” explained Suzanne Pringle, Ad. E., a Montreal family lawyer who successfully plead the case. “Unjust enrichment occurs when one party retains a disproportionate share of the assets that are the product of their joint efforts following the breakdown of the relationship.”

Leckey notes that the appeal court decision in a “really kind of subtle way” held that in a joint family venture the person has a “legitimate expectation” of sharing such that the person’s impoverishment “kind of grows” with the share of the property. “Her impoverishment is no longer going to be capped by the value of services she rendered,” said Leckey.

But Tétrault points out that the appeal court emphasized that merely cohabitation, even if it is for a long period of time, is insufficient in itself to conclude that the partners were co-partners engaged in a joint family venture that would justify the attribution of monetary compensation. “While this common will is presumed for (married) spouses, it is not the same in Quebec for couples who are not married,” said Tétrault. “Proof of a common will that they functioned as an economic unit is required. Still the use, in civil law, for claims for unjust enrichment of the principles of equity should lower the burden of proof for the claimant.”

Many questions linger following the appeal court decision, assert family law experts. Pringle wonders how the courts will characterize a joint family venture “because the appeal court said this interpretation must respect the way that people really lived their lives in the relationship, and I am eager to see how it will evolve.” Leckey is curious over the how courts will determine value survived and whether the courts will eventually come to a basic rule of 50-50 sharing. “It’s actually very hard to sort of maintain forever the idea that we look at every single case on its facts,” said Leckey. “Judges over time start to develop patterns and precedents, even presumptions. If you decide that this is a joint family venture, it’s very hard to come up with a figure other than 50 per cent.” Tétrault speculates that the appeal court decision will prompt many claims for alimony “because the Court of Appeal, citing the Supreme Court, held that homemakers are in a more precarious position. There is no doubt it will be litigated.”