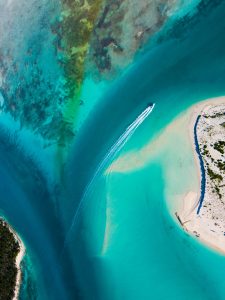 A Quebecer who was found guilty of criminal negligence causing the death of a passenger in a speed boat he was operating lost his bid to overturn his conviction after the Quebec Court of Appeal dismissed his argument that the victim’s death was caused by the boat’s faulty design.

In a 25-page unanimous ruling that examined the reach of incriminating statements made to police while not being detained and the actus reus and mens rea required for criminal negligence causing death, the appeal court held that the verdict was not unreasonable or tainted by an error of law. The appellant was ordered to serve his 32-month prison sentence.

“If anyone is going to take anything out of this decision, it will likely be the Crown who will really be pushing to try to open the door for more spontaneous statements to be included,” remarked Dylan Jones, a Montreal criminal lawyer with Boro Frigon Gordon Jones LLP. “It is probably the part (of the decision) that may be relied on more.”

In August 2012, Sylvain Girard had invited a large gathering of some thirty people at his waterfront property to take a spin on his 42-foot speed boat on the St. Maurice River in Shawinigan. He made three outings, with about a dozen individuals on each excursion even though there were only five seats in the boat. On the last jaunt, Girard — who was behind the wheel — swerved the $1.1 million speed boat at double the speed deemed to be safe, and all of the passengers were ejected. The body of a person who had drowned was found days later.

More than five years later, in March 2017, Girard was found guilty of criminal negligence causing the death of 27-year old Alexandre Bourque following a bench trial presided by Court of Quebec Judge Jacques Trudel. Following the application of the Kienapple principle, which prevents multiple convictions for a single criminal act, a stay of proceedings was ordered on the count of dangerous driving causing death.

Girard appealed the decision, arguing that he was detained when he made an incriminating statement to a police officer, that the passenger’s death was due to a faulty design of the boat and not because his driving was dangerous, and that the trial judge erred in his analysis of the actus reus of the offences and mens rea.

The appeal court concluded that Girard was not detained because in this case the police officer had come to see him because they found an object in the water and wanted to make sure that it was in the boat before the accident to ensure they were searching in the correct area for the missing person, pointed out Gabriel Babineau, a Montreal criminal lawyer with Carette Desjardins LLP. “When the accused made the spontaneous declaration, the police officer had come to see him to talk about something completely different,” noted Babineau. “The appeal court also concluded that the statement did not play a big role in the judge’s reasoning. The judge did not find him guilty because of his statement.”

Girard’s argument that the trial judge failed to revisit the issue of the probative value of the statement in relation to its prejudicial effect, after having alluded to it during the voir-dire, was also rejected as it was of “no consequence.” “The trial was held before a judge alone and not before a jury where this balancing exercise is essential to the fairness of the trial,” wrote Quebec Court of Appeal Justice Jacques Chamberland in a Girard c. R. 2020 QCCA 12.

The appeal court also found that Girard failed to demonstrate that the verdict was unreasonable or tainted by an error in law that would justify appellate intervention. The trial judge rejected Girard’s defence that the victim’s death was caused by the faulty design of the boat and instead concluded that various factors leading to the way the boat reacted were within the Girard’s control, a conclusion the appeal court held was reasonable given the evidence and the flaws the trial judge noted in the testimony of experts for the defence.

Nor did the trial judge err in his analysis of the actus reus of the offences committed by Girard, held the appeal court. His driving at the time of the swerve was “objectively dangerous” to the public in the circumstances and showed wanton or reckless disregard, added the appeal court. On top of that, his driving before the accident, where he showed off the power of his speed boat by driving fast and making sharp turns, was relevant to understanding the circumstances in which the accident took place, held the appeal court.

“There is objective criteria that’s used in cases such as these to say that a reasonable person wouldn’t have acted like this,” pointed out Babineau. “It would be an error for a judge to just consider what happened before (the accident). That evidence could be considered in the overall evidence but it shouldn’t be evidence that the judge uses to conclude there was proof beyond a reasonable doubt that the person was reckless at the moment of the accident.”

The appeal court also held that the trial judge correctly differentiated the mens rea required for criminal negligence causing death, which requires a marked and substantial departure from the standard of care a reasonable person would carry out in the same circumstances as opposed to dangerous driving causing death, which requires only a marked departure from the same standard. That Girard failed to ensure that each of the passengers wore a lifejacket and the fact that there were so many passengers in the speed boat added to the elements supporting a mens rea required for criminal negligence causing death, held the appeal court even though the trial judge in his decision omitted to use the terms “marked and substantial.”

“These cases always come to whether the person made one bad decision or was he out on a joy ride and not really worrying about the consequences could be,” said Jones. “There were a few things going on that sort of showed that he wasn’t being very careful. And if you pile on all those things together it kind of shows the portrait of someone who may be just didn’t intentionally cause an accident but was definitely negligent to the point of causing one.”