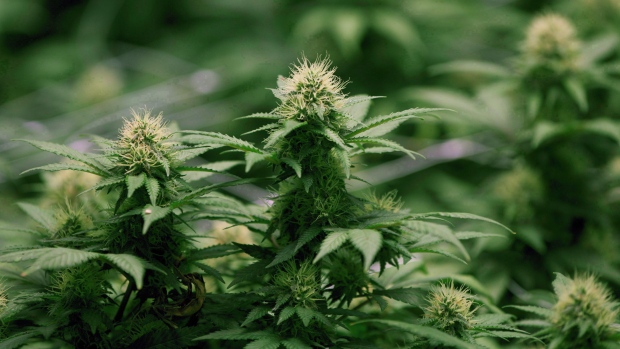 Employers are disappointed that the Quebec government failed to provide new rules and guidance under its recently unveiled legal framework for the consumption, sale and distribution of marijuana, according to employment and labour lawyers.

Unlike Ontario’s Bill 174, which explicitly bans the use of cannabis in workplaces, Quebec’s new legislation is conspicuously silent over marijuana usage in the workplace, prompting concerns over how public and private sector employers are going to achieve the thorny balance between employee privacy and workplace safety in the absence of clear rules, add employment and labour lawyers.

“In Quebec there are a lot of small and medium-sized enterprises, and it is unrealistic to believe that all of these businesses have in place zero tolerance workplace policies dealing with alcohol or drugs,” said Élaine Léger, a Montreal labour, employment and human rights lawyer and part of a new nine-member cannabis practice group with Fasken Martineau DuMoulin LLP. “If it was specifically stated in the bill, that would have given employers more control and it would have been clear for employees. It would have avoided any ambiguity.”

Employers want to know what their rights and responsibilities when faced with an employee under the influence of cannabis, said Montreal employment and labour lawyer Charles Wagner. While Bill 157 will restrict smoking marijuana to places where smoking cigarettes is legal, principally in designated outdoor areas and private dwellings, it does not deal with marijuana derivatives such as oils and edibles.

“That is going to be a problem,” remarked Wagner, who is part of a new 12-member cannabis practice group established by Langlois lawyers LLP. “The bill focuses a lot on smoking marijuana and its  restrictions but that’s not how it’s going to be consumed in the workplace. It will be consumed through its derivatives and edibles like candies, brownies, cakes and oils. It’s going to be difficult to control. That’s why it’s important for employers to raise awareness of the signs and effects of cannabis.”

The Quebec government, which once again called on the federal government to push back the marijuana legalization deadline by a year to work out issues such as law enforcement, revenue sharing and taxation, unenthusiastically introduced a strict legal regime that prohibits home-grown cannabis for personal use, enforces zero tolerance for driving while high and announced plans to become the sole distributor of recreational cannabis throughout the province. The stated focus behind the legislation is to prevent health, safety and social problems that it fears may arise following the liberalization of cannabis, something that Lucie Charlebois, the Quebec Minister for rehabilitation, youth protection, public health and healthy living, referred to as “responsible consumption.”

Under Bill 157, the Quebec government will establish a government agency called the Société Québécoise du Cannabis (SQC), a subsidiary of the Société des alcools du Québec, that will have exclusive control of recreational marijuana, with 15 stores slated to be open by July 1, 2018, the day that possession and consumption of cannabis is expected to become legal in Canada. The provincial government foresees opening up to 150 more retail outlets in two years. The SQC will also exclusive control of the online market, which will be delivered throughout the province by Canada Post.

Big money is at stake. Ottawa recently estimated that cannabis sales could generate up to $1 billion annually in tax revenues. The Quebec government estimates that its provincial agency could generate about $500 million in sales, which in turn could spin off between $30 and $40 million annually in excise tax revenues and $60 million in provincial sales tax.

“There is the potential to make an enormous amount of money in this industry, and I think the government decided that it could not pass up potential revenues it could generate for Quebecers,” said Mylany David, a Montreal commercial and real estate lawyer who heads the newly established cannabis practice group at Langlois lawyers LLP.

The provincial government is also taking a hard line for driving under the influence of cannabis but questions remain over how that will be enforced. While Quebec states that it will implement a zero tolerance policy, Wagner point out that there is a lack of roadside testing devices as well as uncertainties over the effects of cannabis on individual motorists. Wagner adds that it is not feasible to establish limits in the way that alcohol laws do because studies have demonstrated that proven traces of THC, a chemical compound in marijuana that gives the high, can remain present in one’s blood days after consumption. That has the potential of creating a legal minefield, and a daunting challenge for law enforcement and employers, added Wagner.

With the federal government leaving it up to the provinces to establish the legal framework surrounding recreational cannabis, it is becoming increasingly evident that differences between the provinces are surfacing. Léger is hoping there will be some harmonization over impaired driving restrictions and the amount of grams that consumers can carry.

David does not share that view. She notes that differences in provincial legislation already exist in labour law, health and safety and environmental norms. “Canadian business are used to the differences,” said David. “The differences can sometimes lead to positive developments. So I am not sure whether at this stage complete harmonization would be a good thing. It’s important for new ideas to emerge, and I think that differences can eventually lead to the emergence of best practices.”

But these are early days, notes Wagner. The provincial government has yet to even draft regulations, he added.

“There are many, many sectors that will be touched by the regulations,” said Wagner. “The bill raises many questions. There is work to be done.”

The Barreau du Québec is currently examining the bill, and declined to comment.