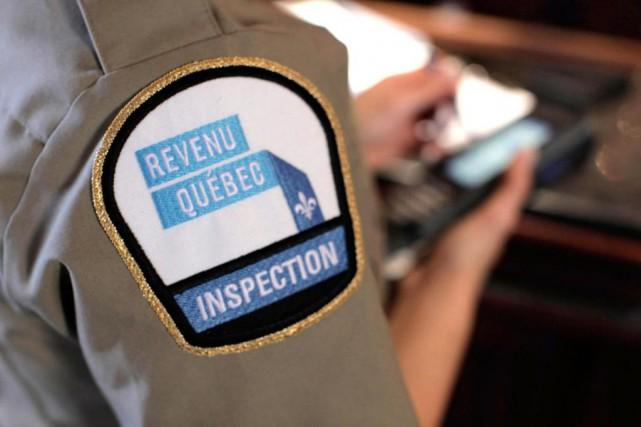 The precedent-setting ruling will potentially have a substantial impact as it is widely expected to spur Revenue Quebec to issue more demand letters to third parties outside the province even though questions remain over the scope of the ruling, tax lawyers say.

“Demand letters are a very powerful tool,” pointed out Nicolas Simard, a Montreal tax litigator with Fasken Martineau DuMoulin LLP. “They are used to obtain information and documents of a person in the course of an audit and while tax authorities generally use them correctly, there have audits that have gone awry and that transmuted into a fishing expedition with auditors asking for documents they had no right to obtain. Given that this is sometimes the case, it is frightening that following this decision Revenue Quebec will have the power to issue demand letters in other provinces.”

In January 2014, Revenue Quebec launched an investigation of an Alberta trust it suspected had activity in Quebec. During an audit of several Quebec corporations, a Revenue Quebec investigator discovered a cheque signed by a beneficiary of the trust who lives in Montreal. As part of its investigation, the tax authority issued a demand letter for the disclosure of banking information of a numbered company, 1068754 Alberta Ltd., which was the sole trustee of DGGMC Bitton Trust, held by a National Bank branch in Calgary. The demand, issued under s. 39 of the Tax Administration Act, sought to determine whether the trust was subject to the Quebec Taxation Act. The National Bank did not contest the demand and provided the requested documents which were held under seal pending the outcome of the court case.

The trustee challenged the demand and argued that it was ultra vires of Revenue Quebec’s powers under s. 92 of the Constitution Act, 1867 because Quebec is entitled to direct taxation only within the province. The trustee also argued that under ss. 461(1) and 462(2) of the Bank Act that the demand, issued under penalty of prosecution, was invalid because it was sent to a bank branch outside Quebec and was therefore extraterritorial.

The Court of Appeal dismissed the arguments and upheld the decision of Superior Court Justice Thomas Davis. The court noted that both the Quebec Tax Administration Act and the Bank Act are silent over whether the Quebec tax authority has the power to issue demand letters to parties outside the province.

Nevertheless, the court found that Revenue Quebec did not exceed its territorial authority nor did it exercise its powers of taxation or of audit outside Quebec by issuing a demand letter to the National Bank’s Calgary branch. That’s because the demand was a not a legal measure that falls within the scope of ss. 461(1) and 462(2) of the Bank Act. Rather a demand is an administrative proceeding and “such communication is purely accessory,” said Justice Marie-Josée Hogue in 1068754 Alberta Ltd. c. Agence du revenu du Québec 2018 QCCA 8. Justices Paul Vézina and Geneviève Marcotte concurred with the reasons.

The court also found that while Revenue Quebec sent a demand to a branch outside the province, it in fact constitutes notice to the bank as a whole, given the branch is not a separate legal entity for the purposes of the demand. It is a “notification sent to a bank with respect to a customer of a bank” within the meaning of s. 462(2) of the Bank Act. In other words, s. 462 (2) does not confer a branch with a “distinct legal personality,” said Justice Hogue.

Moreover since a demand only seeks to obtain information and documents in the bank’s possession and is not intended to have an “effect” on the goods belonging to the client, it too is not covered by subsection 462(2) of the Bank Act, explained Martin Delisle, a Montreal tax lawyer with De Grandpre Chait LLP.

“Almost certainly the decision will encourage Revenue Quebec to relay demand letters more frequently outside of Quebec and more specifically to the other provinces,” remarked Delisle.

It may be time therefore for Revenue Quebec to seriously consider signing a Tax Information Exchange Agreement (TIEA) with the other provinces, said Simard.

As of the end of 2017, Canada had signed 23 TIEAs with countries that are in force, two that are signed but not in force, and five that are under negotiation.

“If states are obliged to sign tax information exchange agreements with other nations to obtain information why not the provinces when the information that tax authorities are seeking is found in another jurisdiction?” wondered Simard, a position that Delisle, too, holds.

“There’s a reason why these exchange agreements exist and are necessary — and that’s because Canada has no jurisdiction outside of its borders to demand information from another state,” Simard added.

To the surprise of tax lawyers, the Court of Appeal also held that bank documents are documents that carry with them an expectation of privacy. A formal demand constitutes a seizure when the taxpayer has a reasonable expectation of privacy in respect of the documents and information required, held the court. “That is a very important finding because it applies to companies as well,” said Delisle. “Since a formal demand constitutes a seizure, it must be examined whether the demand letter was exercised without violation or was validly exercised.”